The first account of the Achilles is quite short and involves our man E.P.F.G. Grant only recording mundane activities aboard the ship between her place of anchor at Alexandria [Egypt] on September 1st, 1882 and their subsequent installment at Chatham Dockyard [Kent, England] on October 6th. Following a well- painted watercolor break-page, Grant immediately begins documenting the daily details of his much lengthier and more exciting service aboard the newly-commissioned corvette Constance. The log begins at Chatham on October 7th, 1882 and terminates as the ship is moored at Constance Cove, Vancouver with the last entry of June 7th, 1884.

Other finely drawn maps include: a large fold-out South America with a charting of the overall track of the ship from Montevideo to Guayaquil, Ecuador; a detailed plan of Callao Harbor; a detailed topographic map of Easter Island; a detailed topographic map of Pitcairn Island; a detailed plan of Hanalei Bay, Kauai, Hawaii; and a small general map of the Sandwich Islands. Also of interest, within the entry for April 4th, 1883 while anchored off Coquimbo, a note mentioning the arrival of the American Frigate 'Pensacola' appears with an American flag drawn in watercolor to commemorate the rendezvous.

A note penned opposite the first title declares: 'This is to certify that E.P.F.G. Grant joined this his first seagoing ship on Sept 1st, 1882. Captain E. Kelly'. Edmund Percy Fenwick George Grant served in the Anglo-Egyptian War of 1882, immediately after which we see him here, practically a boy, coming on board the Achilles in Alexandria. Following his adventures on the Constance, Grant enjoyed a lengthy career as a Royal Navy Officer, eventually retiring at the rank of Admiral. 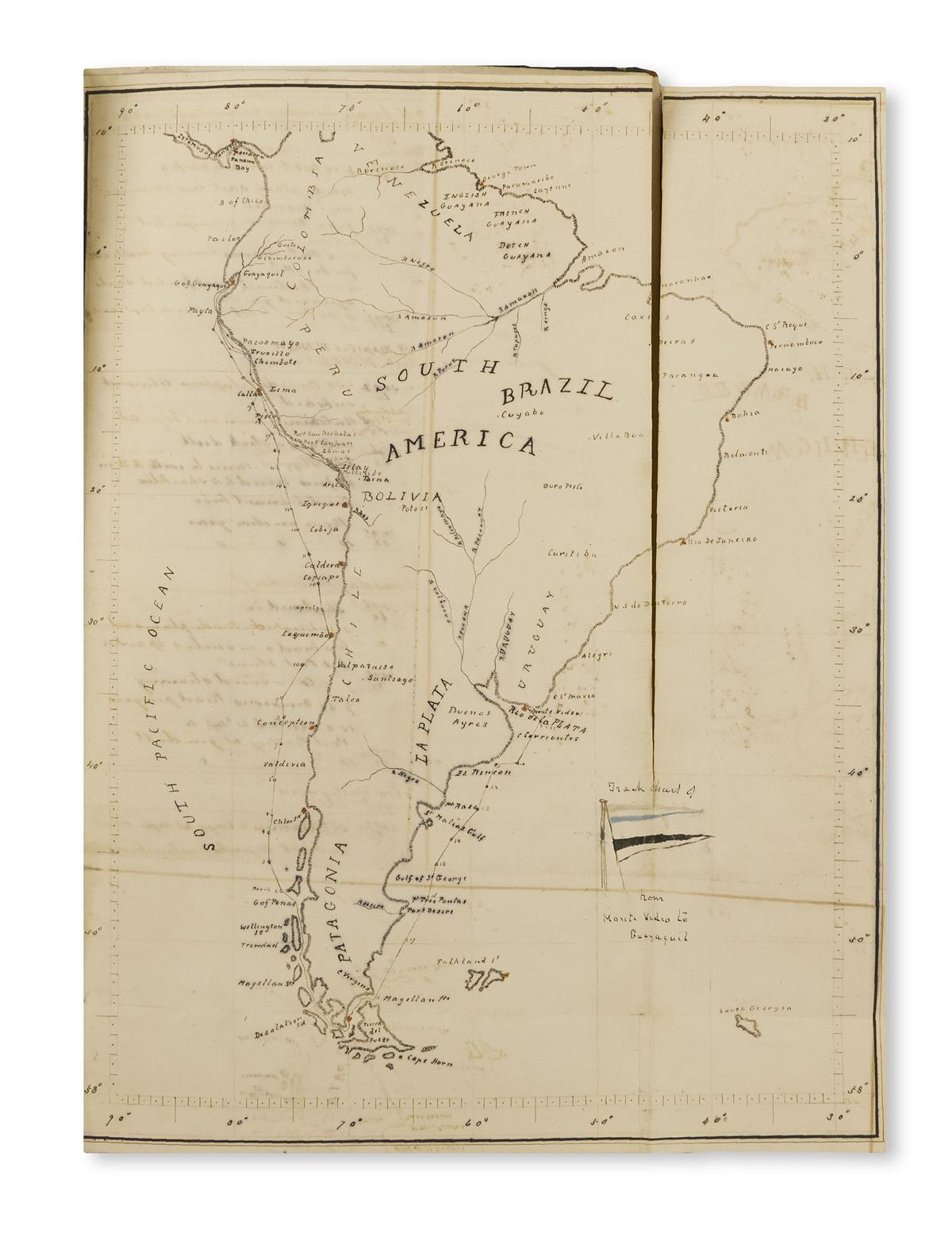 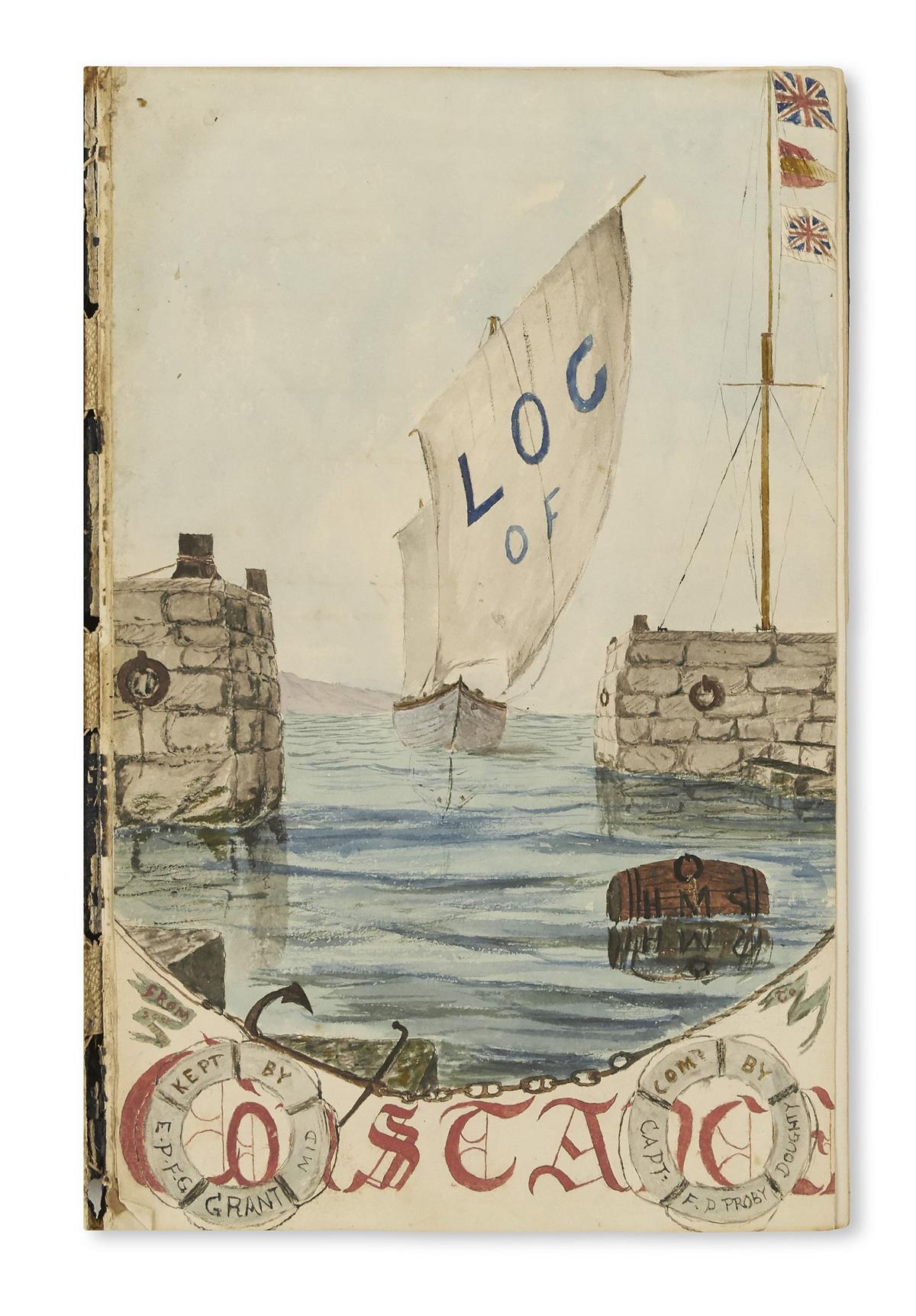