Uel Merrill Fisk (1823-1911) was a white Universalist pastor and lecturer on the radical abolitionist lecture circuit in the years leading up to the war. Though he was not a household name in his day, he was an active soldier in the good fight. The lectures seen here are remarkably direct and strident, and offered his audiences a clear vision of the institutional roots of slavery, inspiring in them a sense of immediacy for the complete defeat of slave power. He did most of his work in western New York, other than a short stint as pastor in Taunton, MA in the late 1850s. In 1872, he removed to rural Galena, MO, where he spent the remainder of his long life.

"Review of the Recent Strife between Freedom and Slavery, and the Indications of the Future," parts 1, 2 and 3. [51], [41], [57] pages in 3 volumes. A series of lectures which provides a detailed history of the anti-slavery movement from the 1830s through 1850s, and of the powerful institutional forces which suppressed it; also foresees the inevitable Civil War more than 4 years before Fort Sumter. First delivered at Potsdam, NY on 7 and 14 December 1856, and then in whole or part on 6 occasions in 1857-59 and 1866.

Fragments of two different lectures discussing the recent Emancipation Proclamation. [35] and [19] pages, circa 1863.

Untitled lecture beginning "Ladies and gentlemen, I come before you tonight with some embarrassment." [87] pages, delivered in LeRoy [NY?], October 1864.

Fragment of a lecture, beginning "I said the rebellion of Jereboam against the tyranny of a base king was right." [35] pages, circa 1864. Includes a passage which gives a good sense of Fisk's rhetoric: "They revolted from the most liberal government ever established, a government in which they had more than their equal share, they revolted for the sole purpose of maintaining their political ascendancy, and retaining the power to hold a weaker race in bondage. . . . This is not a rebellion from oppression, but for the purpose of oppression; not to secure a right, but to retain the power to rob others of their rights." (pages 17-19).

Untitled lecture on the upcoming November 1868 election, beginning "The time is rapidly approaching when the Constitution of our country will call upon us to elect our rulers." [128] pages in 3 loosely stitched gatherings. Argues near the end that "if any man ever earned the right to the ballot, it is the black men of the south." 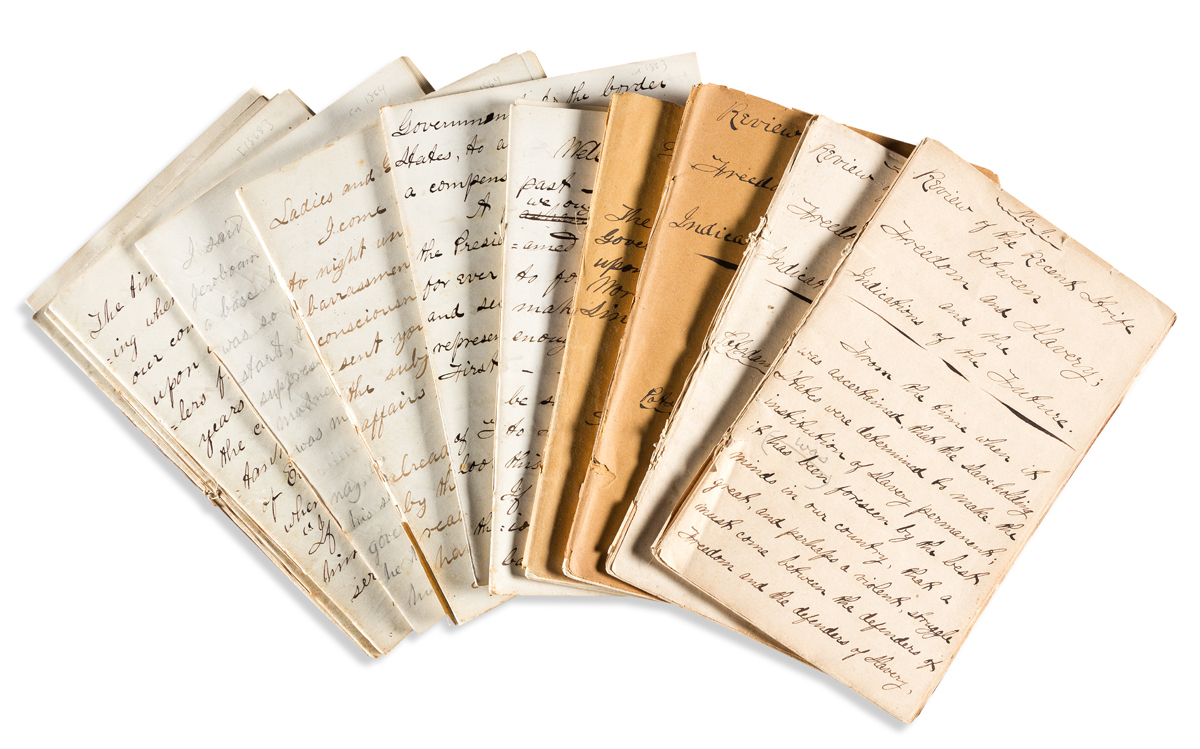