This unsigned but compelling album was apparently compiled by a member of the 51st Iowa Infantry; its officers Major J.T. Hume and Captain J.T. Davidson are named. The regiment's service matches the locations shown here: they arrived in California on 10 June 1898, and on 2 November 1898 boarded the transport ship Pennsylvania for the Philippines. They saw combat from February through August 1899 at San Roque, Pulilan, Calumpit, Santo Tomas, San Fernando, and Calulut. On 22 September, they sailed from Manila for San Francisco, where they were mustered out on 2 November. 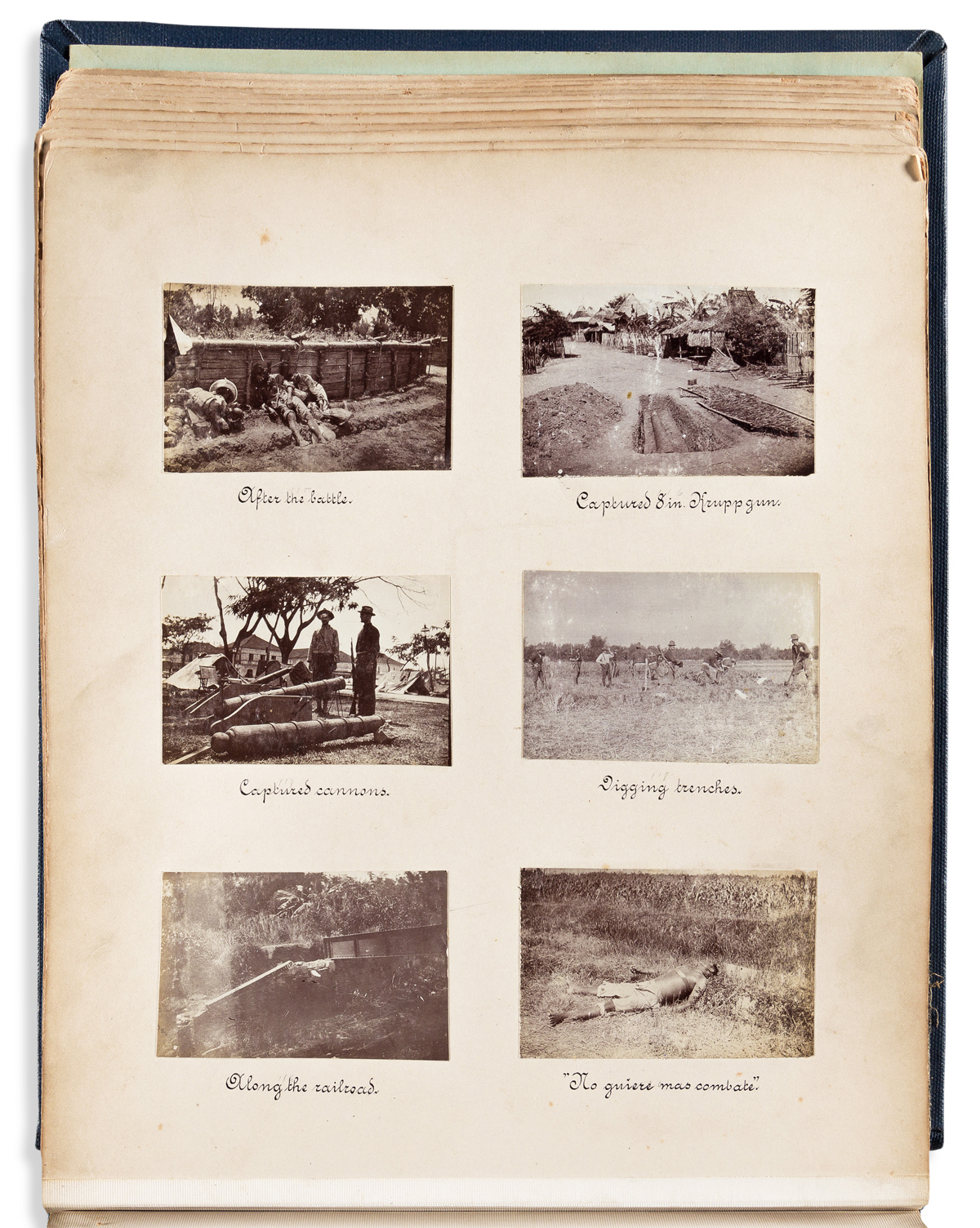