William McKay (1841-1930) was born in Scotland, raised in Canada, and by the period of this collection was living in Cherokee, Iowa. Circa 1876 he became involved in the Cherokee & San Juan Gold & Silver Mining Company, which sought out mining investments in Colorado. A substantial segment of this lot relates to his mining activities. A file of 15 contracts and agreements covers his claims to specific mines. A file of 36 other mining-related documents includes location certificates, assay office reports, and a receipt given to McKay in Antelope Park on behalf of "D.T. Hendrick (Bronco Dan)". 35 letters are addressed to McKay in Colorado from 1878 to 1880, most of them to Animas Forks, then a thriving mine village of several hundred souls high in the mountains of San Juan County, but now a completely deserted ghost town. Others are addressed to Silver Cliff and other nearby camps.

At least 20 letters were addressed to McKay from Colorado while he was back east, 1876-81, many of them with original postmarked envelopes. Some of these discuss mining operations, such as C. Allison in Animas Forks, 30 August 1876: "I have found the vain of the Custer Lode. . . . I think it will prove to be a good one. It is about 20 feet wide and think it will show gray copper from the beginning." Robert Skinner's letter of 26 December 1880 describes the rapid development of Durango, CO in detail. Ephemera includes a pair of Denver & Rio Grande railroad maps, a price schedule for the Ocean Wave Mining & Smelting Company, a circular letter to the stockholders to the Little Dora Gold & Silver Mining Company, and McKay's business card as a mining broker. The most visually appealing is a color-coded manuscript map of the related claims he handled, centered in Animas Forks, 15 1/2 x 19 inches (illustrated).

The large mass of papers outside of McKay's mining activities are also interesting. Much of the correspondence was addressed to him while in Cherokee, Iowa, often relating to work he did as an agent for the Milburn Wagon Company of Toledo, OH, Warrior Mower Company of Little Falls NY, and Aetna Insurance Company, and as a general land agent and Justice of the Peace. At least 33 letters dated 1873-74 are addressed to McKay as secretary of the St. Andrews Society, a chapter of the Scottish-American club hoping to promote settlement in the west. McKay had apparently taken an advertisement in the Scotch-American Magazine and received responses from all over the nation.

A 11 January 1874 letter from a friend in Ann Arbor, MI describes a speech by free love advocate and former presidential candidate Victoria Woodhull "or rather attempt to lecture. She had a very fine lecture, but the students (about 1000) made such an eternal noise, hooting, hissing and groaning that she left the stage in disgust. It approached near to riot." We have not read more than a tiny proportion of the correspondence; good material undoubtedly remains to be discovered. 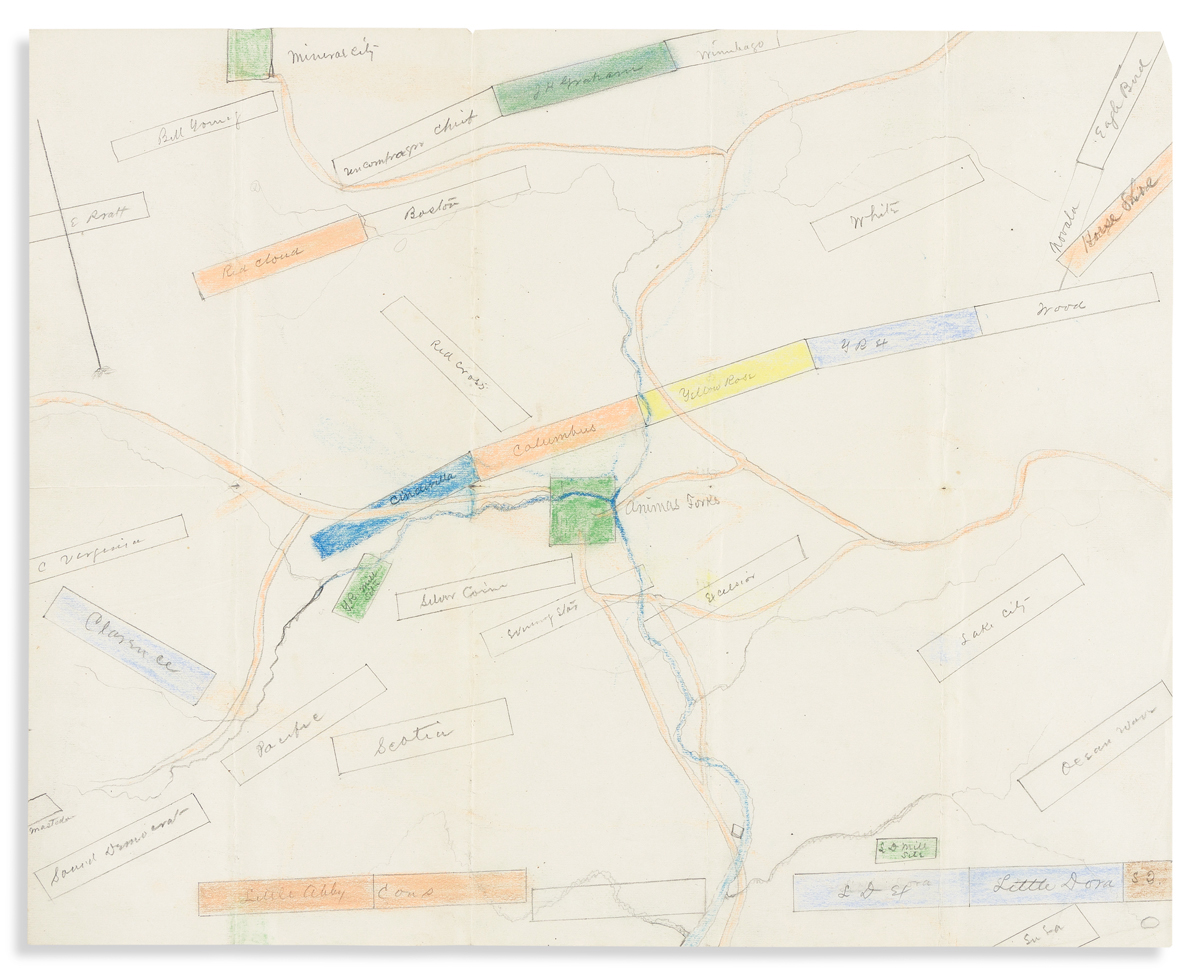