Price Realized: $ 2,800
Price Realized: $ 3,500
?Final Price Realized includes Buyer’s Premium added to Hammer Price
Estimate: $ 3,000 - $ 4,000
(WEST--COLORADO.) Jonathan L. Cresson. A group of long and detailed letters from the early days of Denver. 9 Autograph Letters Signed (most simply as "Jont") to his cousin Anne Hannum Cresson of Conshohocken, PA; one letter torn and repaired, but generally minimal wear; one with an enclosure of a small fragment of what appears to be silver ore. Most with original postmarked stamped envelopes. Denver, CO and various places, 1862-70
Set Alert for Similar Items

Denver was founded in 1858, and this lot includes four long detail-packed letters written there in 1865 and 1866, full of wagon trains, mountain trips, mining adventures, bucket-brigade fire-fighting, and wild coyotes. Our correspondent, Jonathan Leedom Cresson (1844-1930) was, according to the 1860 census, an apprentice in the dry goods business in Philadelphia by the age of 16; he shows up in the 1870 census of Kit Carson, CO as a grocer. He mentions his work as a civilian storekeeper for the federal quartermaster department in the letters. He came from a Pennsylvania Quaker family; writing to his younger cousin Ann Hannum Cresson back home, he uses the traditional Quaker "thee" and "thy" although he sidesteps standard Quaker practice by applying the mainstream names of the months.

The first western letter, 21 September 1865, was written the day after his arrival in Denver, and runs to 12 pages. It is mainly devoted to his journey in from Julesburg, CO by wagon. He names and describes the key members of his wagon train. Lowry, for example, is "a rough mountain genius and beats anything swearing that I have ever yet come across, but for all as good hearted a chap as ever lived." He describes the first sight of the Rockies after slogging across the sandy desert; coyotes surrounding the wagons during chow time, making "the most infernal racket imaginable"; and killing a ten-foot rattlesnake with a big stick--he saved the rattle as a trophy.

The 6 October 1865 letter (9 pages in length) describes a four-day trip to Golden City up in the mountains to help his friend Lowry deliver a load of vegetables. There he observes the process of gold mining at length, and visits several silver mines: "I procured some specimens and left them to their work." One of those samples remains tucked in with the letter. During his explorations, Cresson got separated from his friend and walked 15 miles toward home before nightfall; he nearly had to sleep out in the open in light snow, but was taken in by a hay wagon party and fed. He also shares a secret with his cousin: "Thee may sometimes find in the [Philadelphia?] Evening Bulletin letters signed T.J., they are the efforts of my mighty brain."

On 25 March 1866, Cresson announces that he has been offered command of the entire quartermaster storehouse, replacing his former employer who was ignorant and disagreeable. Fire has destroyed part of town--"there is not a single fire engine in town and the only method of subduing a fire is by buckets of water." On 21 September, he describes a recent trip to the mountains up the Blue River, hunting sage hens.

His later letters were written elsewhere in the west. 17 December 1868 found him passing through a former railroad construction hub 50 miles west of Cheyenne, WY--"all that remains are a few old shanties, some of them still occupied as saloons." There he saw a herd of confused antelopes racing against a train. On 7 July 1870, he was in Kit Carson, CO, where "the end of the track has passed so far beyond that we no more feel the influence of construction gangs, tiehaulers, & the various other RR employees in our business." Finally, he travelled eastward to Sauk City, WI, where he wrote on 3 November that "these Red River country people are mostly halfbreeds, descendants of the early French missionaries and traders by intermarriage with the Indians. Their language is a sort of mongrel French and Indian, few of them speaking any English at all." He concluded: "I do consider anyone who would compare the natural beauty of this state to grand old Colorado an idiot." 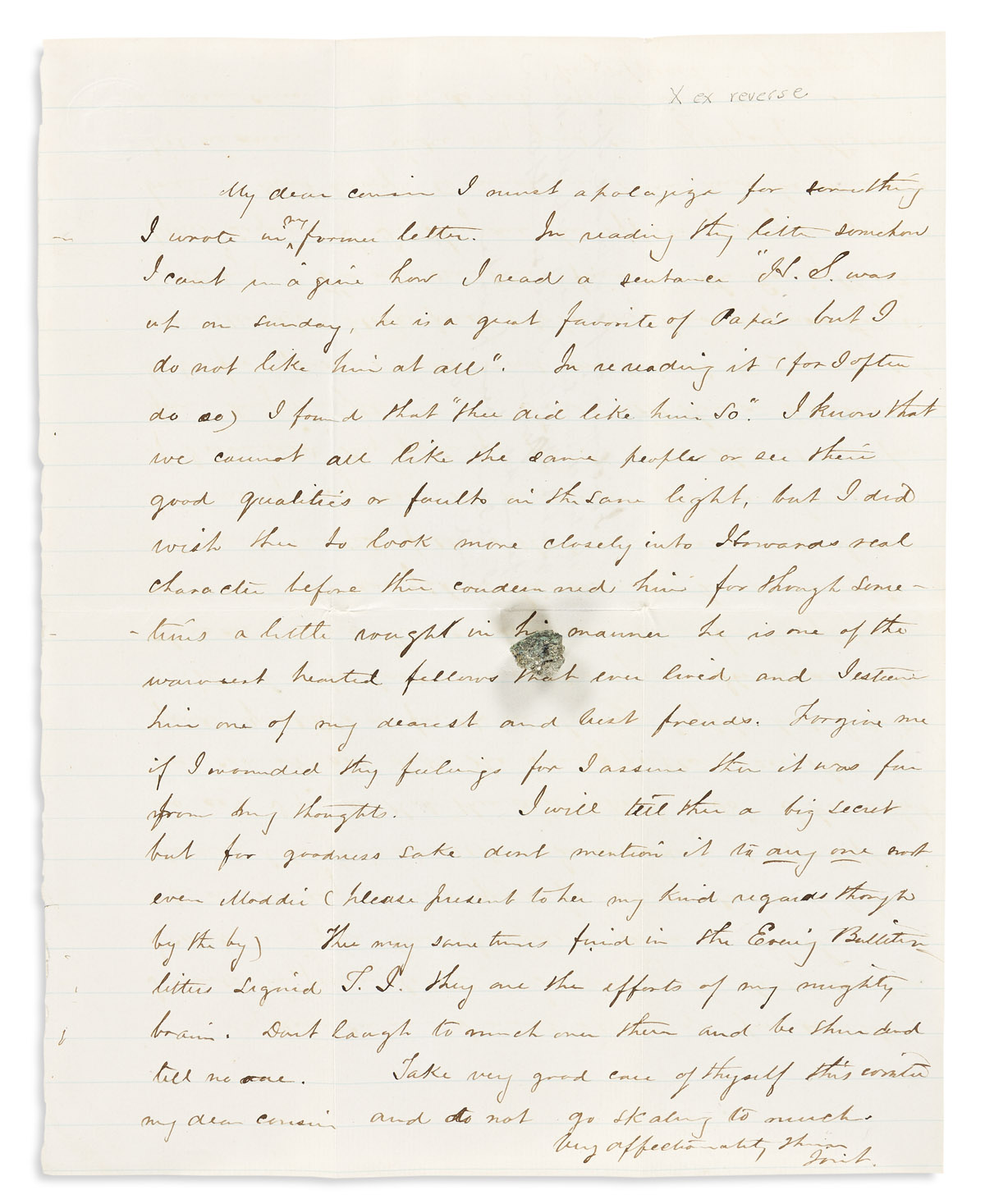