Sister Makinya Sibeko-Kouate (1926-2017), a lifelong resident of California's San Francisco Bay area, was born Harriet Edythe Smith. In her long and eventful life, she taught piano, graduated from San Francisco Teachers Normal College in the early 1950s, managed an Oakland housing project in the 1950s, and worked as a newspaper reporter. In the late 1960s, she attended Merritt College in Oakland as a returning education student, where she served as student body president and helped develop its first Black Studies Department. There she met Black Power activist Maulana Karenga, creator of the Kwanzaa holiday celebration as an Afrocentric alternative to Christmas. She brought the first Kwanzaa celebrations to the Bay Area, and went on to become one of Kwanzaa's leading popularizers, traveling to numerous states and African nations. She was named Queen Mother of Kwanzaa in 2015.
Offered here is an extensive selection of Sister Makinya's personal papers and effects. One box is largely dedicated to her activism in the late 1960s and early 1970s, including plans for Kwanzaa services and related lesson plans; essays with titles such as "Gods in Exile" and "Wage War on Illiteracy"; and ephemera from other Black Student Unions she was in contact with. The Black Panthers are represented by a 9 September 1971 form letter from Huey Newton stamped by the Black Panther party; and a pair of August 1970 snapshot photographs of her with Newton.
One box is filled with dozens of black and radical newspapers and periodicals from the Bay Area and beyond circa 1966-1972 such as The Ghetto Speaks (Detroit), March 1972; Muhammad Speaks (7 issues), 1969-1971; The African World (Greensboro, NC), April 1972; Black Perspective (Staten Island NY / Oakland), January 1972; Black Panther Black Community News Service (4 issues), 1968-70; and much more. Other printed material includes a Bobby Hutton remembrance card; a "Free Angela Davis and Ruchell Magee" flier; pamphlet titled "Sexism, Racism, and White Faggots in Sodomist Amerika" by Nick Benton; program and other papers for a Black Power national conference, 1968; a flier for an appearance by MLK, Belafonte and Joan Baez; a flier promoting Huey Newton for Congress and Bobby Seale for State Assembly; a 1957 NAACP member pin; and a Kwanzaa greeting card illustrated by Black Panther artist Emory Douglas. Her interest in the performing arts is shown by programs for performances put on by the National Council of Negro Women, Oakland Ensemble Theatre, Merritt College, Golden Nuggets Club, and NAACP, as well as performances by Katherine Dunham and the Ink Spots / Ella Fitzgerald.
Another box is dedicated to her 1969 trip to Africa, where she attended the Pan-African Cultural Festival of Algiers and visited several other countries. It includes transcripts of many symposium papers, programs, travel papers, and more. Included is a manuscript note to "Eldridge" on Algerian hotel letterhead. Other highlights include Merritt College Student Council minutes and notes circa 1966; and a set of index cards with Swahili vocabulary. Her earlier life is documented by dozens of reels of 8mm home movies, hundreds of family photographs, a scrapbook of newspaper clippings and other material from circa 1940-43, and a glamour shot of Miss Harriet Smith as queen in a church beauty contest, circa 1942. Also included is a box of papers from her mother Willette L. Smith (1903-1977), mostly relating to her involvement with St. Augustine's Episcopal Church in Oakland circa 1946-75, and other local organizations.
The collection extends beyond paper. 29 reel-to-reel tapes include (to judge by their labels) lectures recorded circa 1969 and 1970 in Africa and in the Bay Area, as well as commercially reproduced tapes of speakers such as Malcolm X and Ron Dellums. Artifacts include a Daughters of IBPOE of W ceremonial sash, ribbons, and velvet necklace; International Order of Twelve badge and ribbon; Willette Smith's plaque and ribbon for Order of Calanthe; Native Daughters of California ribbon; A-Phi-A fraternity charm, 1953; and more. A metal briefcase still bears inspection tags from her return from Africa in October 1969. A pair of street signs for Dowling Street and Tuam Street come from Emancipation Park in Houston, TX, founded by freedmen in 1872, and today the oldest public park in Texas. A box-by-box inventory is available upon request. 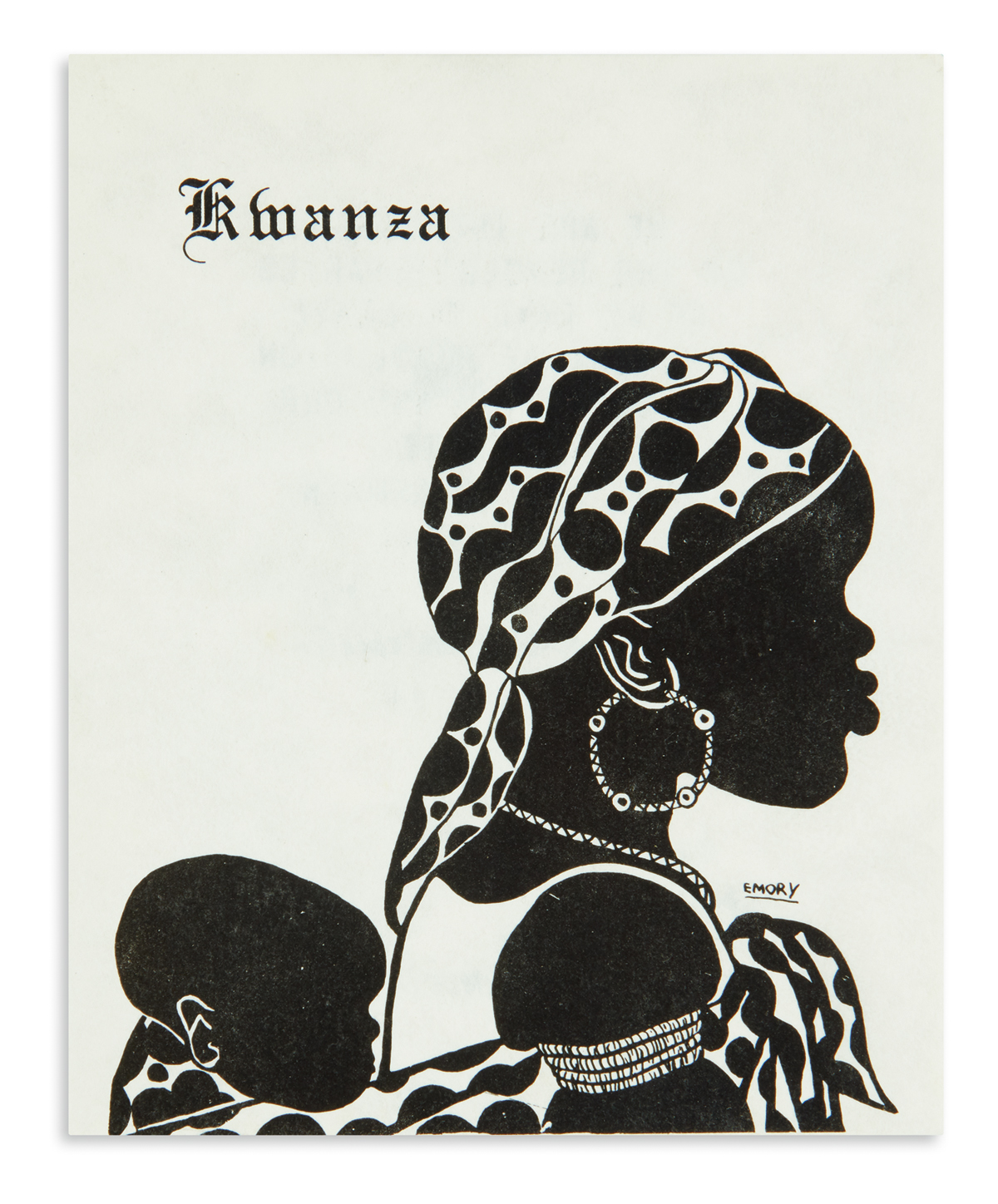 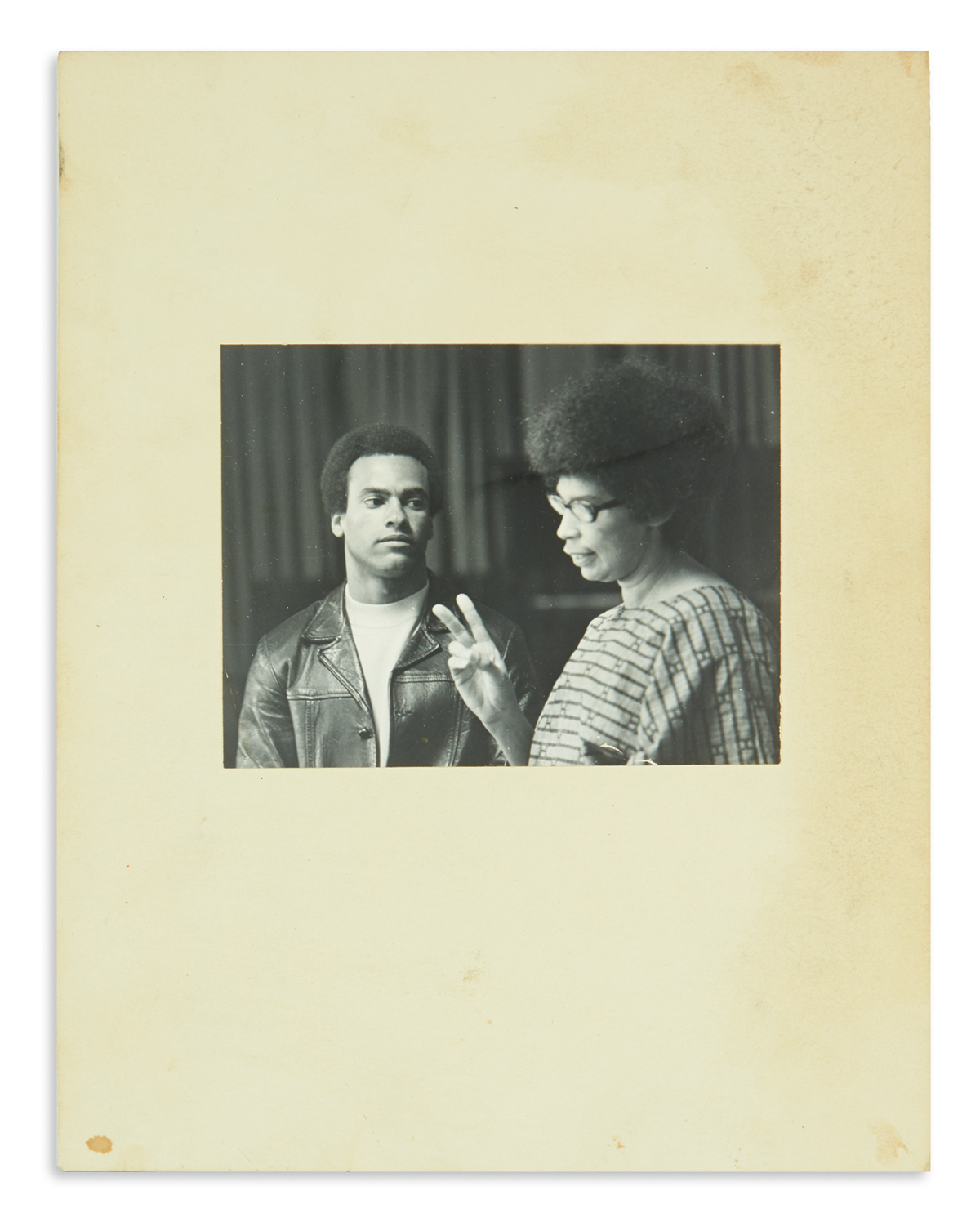