Price Realized: $ 16,000
Price Realized: $ 20,000
?Final Price Realized includes Buyer’s Premium added to Hammer Price
Estimate: $ 20,000 - $ 30,000
(WRIGHT BROTHERS)
Group of 19 photographs, most are from an album formerly in the collection of Frank Hermes, comprising 15 vintage prints, nearly all of which were taken by Orville Wright. The pictures depict the brothers' No. 2 glider, their subsequent heavier-than-air craft flying at Sims Field (including the Model R) and close ups of machinery. Silver prints, various sizes from 3x3 1/4 to 4 1/2x6 1/2 inches (7.6x8.3 to 11.4x16.5 cm.), with Walt Burton's handwritten notations, in pencil, on verso; 2 are on the original mounts, with a typewritten caption on mounts recto and Burton's notations on mounts verso. 1901-1928; 4 are printed later
Set Alert for Similar Items

with--Photograph of Orville Wright. Silver print, 10x8 inches, with a hand stamp on verso. Circa 1907; printed later. AND--Hermes' original album, with his handwritten captions and notations. (Each of the photographs has been removed from the album, but many are offered in this lot.) Folio, wrappers. 1901-1910.

Frank Hermes; to the Collection of Walt Burton.

Frank Hermes, who was the principal of a local fabric company, hired Orville and Wilbur to fly the first shipment of freight. Mr. Hermes had four albums depicting the Wirght's flying machines and gave one album to each of his four daughters. Mr. Burton had an opportunity to acquire two of the four albums. According to Burton, each of the photographs was shot, developed and mounted by the Wright brothers, who gave the prints to Hermes. Many of the images now missing from the album in this lot were purchased by the collector Tom Schiff.

Orville and Wilbur Wright were proprietors of a bicycle shop in Dayton, Ohio who dreamed about inventing the first aircraft. In 1902 they developed a prototype, a kite in the shape of a flying machine, which "flew" (although it was tethered). A year later, they realized their longstanding dream in Kitty Hawk, North Carolina on Dec. 17, 1903, when their heavier-than-air craft actually took flight. A historic picture (not offered in this lot) shows the Kitty Hawk Flyer at the end of the launch rail, about two feet above the ground, with Orville lying at the controls and Wilbur running alongside it. Although the flights at Kitty Hawk were short (only a few hundred feet in less than 40 seconds), the brothers were intent on perfecting their machine. By 1904, they developed their second powered machine, the 1904 flyer (which had an 18 horsepower engine), which they flew at Huffman Prairie. A tower was built to hold a 1600-pound weight that, when dropped, would pull a rope that would speed the plane along the launching rail. In these later flights, Orville flew a distance of 12 miles during which the flight lasted an extraordinary 19 minutes. The lot includes a 25th-anniversary photograph of the launch rail and crew at Sims Field, which was shot in 1928.

Photography played a key role in documenting this "first," and William Preston Mayfield, was responsible for many of these iconic pictures. The Wrights were well aware of the unprecedented nature of their "winged machine," and their use of photographs provided empirical evidence of their claims. In addition, to providing documentation the first pictures were also dramatic, aesthetically powerful images of an historic event. It is interesting to note that in France, another early bastion of aviation, the Wright Brothers were dismissed as "a pair of bluffers." However, in 1908, at Le Mans, Wilbur flew an altitude of 300 feet and set the world's flying records for duration and distance.
Several of the prints in this group were reproduced in The Wright Brothers Legacy (Abrams, 2003). 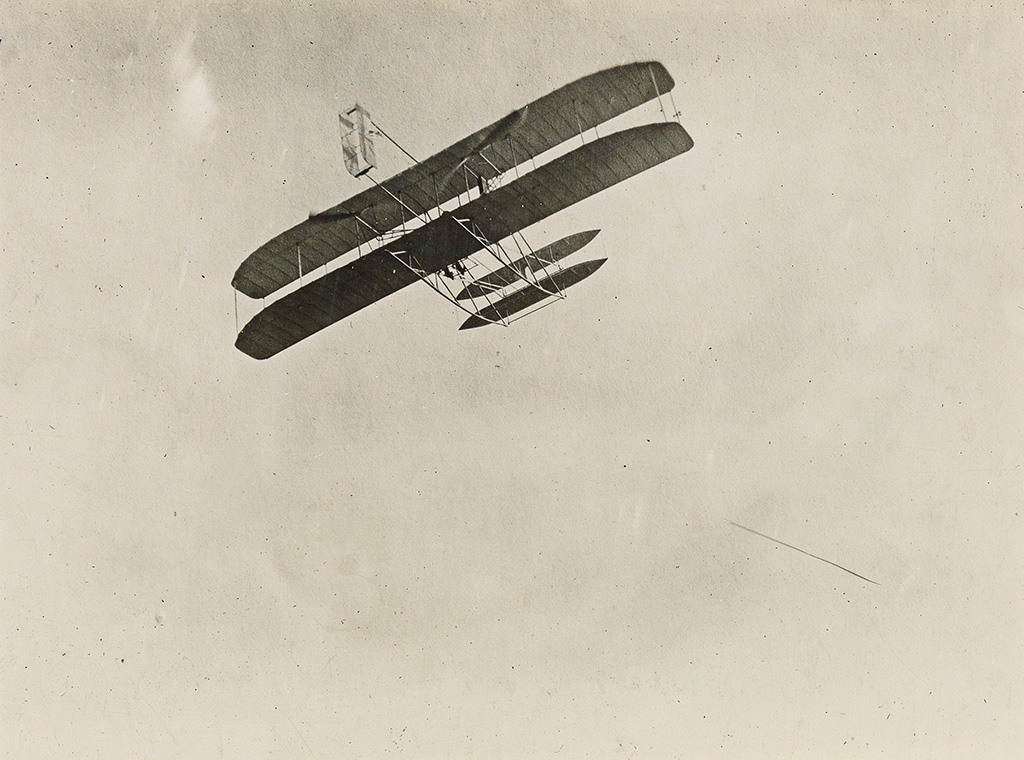 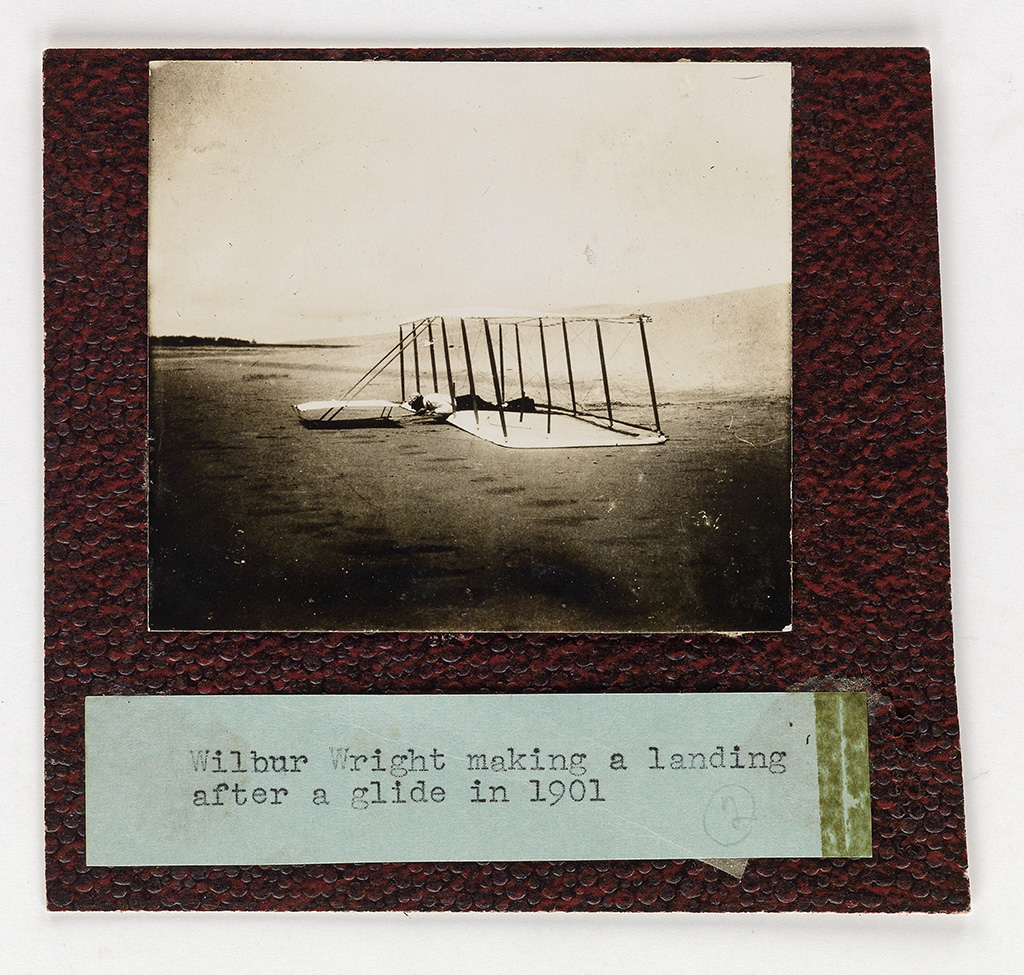