"The Chechahcos," released in 1924, was the first feature film shot in Alaska. A melodramatic tale of the Klondike Gold Rush, it was directed by Lewis Moomaw of the Alaska Moving Pictures Corporation. It was based in part on the experiences of the film's producer, Austin E. Lathrop, known as "Alaska's first home-grown millionaire." The film has been preserved in the National Film Registry, and can easily be viewed on the Internet. Offered here is a large collection of photographs and other ephemera from a Chechahcos crew member: film stills, snapshots from the set, and other images of Alaska scenery. Many of the shots match up with scenes from the completed film. All you might expect from an early Alaskan film can be found here: glaciers, dogsleds, saloons, archvillains and damsels in distress, along with shots of the crew and technology which made the film possible.
The largest and most professionally produced photographs in the collection are 82 8 x 10-inch prints, almost all of them clearly from the Chechahcos shoot, and 20 of them stamped on verso by the Alaska Moving Pictures Corporation. 4 exceptions are glossy stills from the 1922 Mary Pickford film "Tess of the Storm Country." A distinct group of 105 3 x 5-inch photographs is kept together in a Portland developer's envelope addressed to "Kisey Studios": they appear to be from a different Western film, perhaps one of the many shot in Oregon in the 1920s. The remaining 140 photographs are also mostly smaller, the bulk being about 3 x 5 inches. Many are clearly from Alaska, either from the Chechahcos shoot or from recreational excursions. One of the few captioned photographs shows four wives of the Chechahcos cast and crew on a fishing expedition. Another shows an actress posing with crude dummies who were apparently about to be sent to their doom in a canoe scene. In addition, the collection includes 20 postcards--most or all from Alaska, most being Real Photo postcards. One is a humorous cartoon holiday card from the Alaska Moving Pictures Corporation. The final item is a folding linen-backed map of Alaska titled "When You Think of Alaska, Think Alaska Steamship Co.," 21 x 30 inches, 1917. The entire collection is housed in a period leather satchel.
These photographs were from the collection of Gernie William Hays (1880-1952), who spent a career in the film industry, mostly in Oregon. Several envelopes bear his name, and some of the larger stills are annotated "Hays" on verso. His 1918 draft registration has him as a motion picture operator in Portland, and his obituary lists him as a member of the International Alliance of Stage Employees. His only film credit in the International Movie Database is for The Chechahcos, in which he is credited with "sets and lighting" and also an uncredited supporting role on screen. One 8 x 10 image depicts a crew member, very likely Hays, in a cramped equipment room with dozens of lights and mounds of cables. Another envelope bears the name of Hobart H. Brownell, the cinematographer of The Chechahcos. Two non-Chechahcos photographs are inscribed to Hays: from the actor Bert Sprotte in 1919, and from banjo player Eddie Peabody declaring "No finer stage manager I ever worked with." Another photograph shows Peabody's elaborate stage show.
Provenance: the collection was apparently given to Hays's friend Chester Patrick Phillips (born 1904), a Portland electrician. A 1940 birth announcement for a Phillips son appears in the collection, mailed to Hays; Phillips named Hays as his emergency contact in his 1942 draft registration. The collection then went to Phillips' brother Clyde A. Phillips (1887-1981), and by descent to the consignor.
This collection should prove to be of great historical interest for early film scholars. It is also great fun. 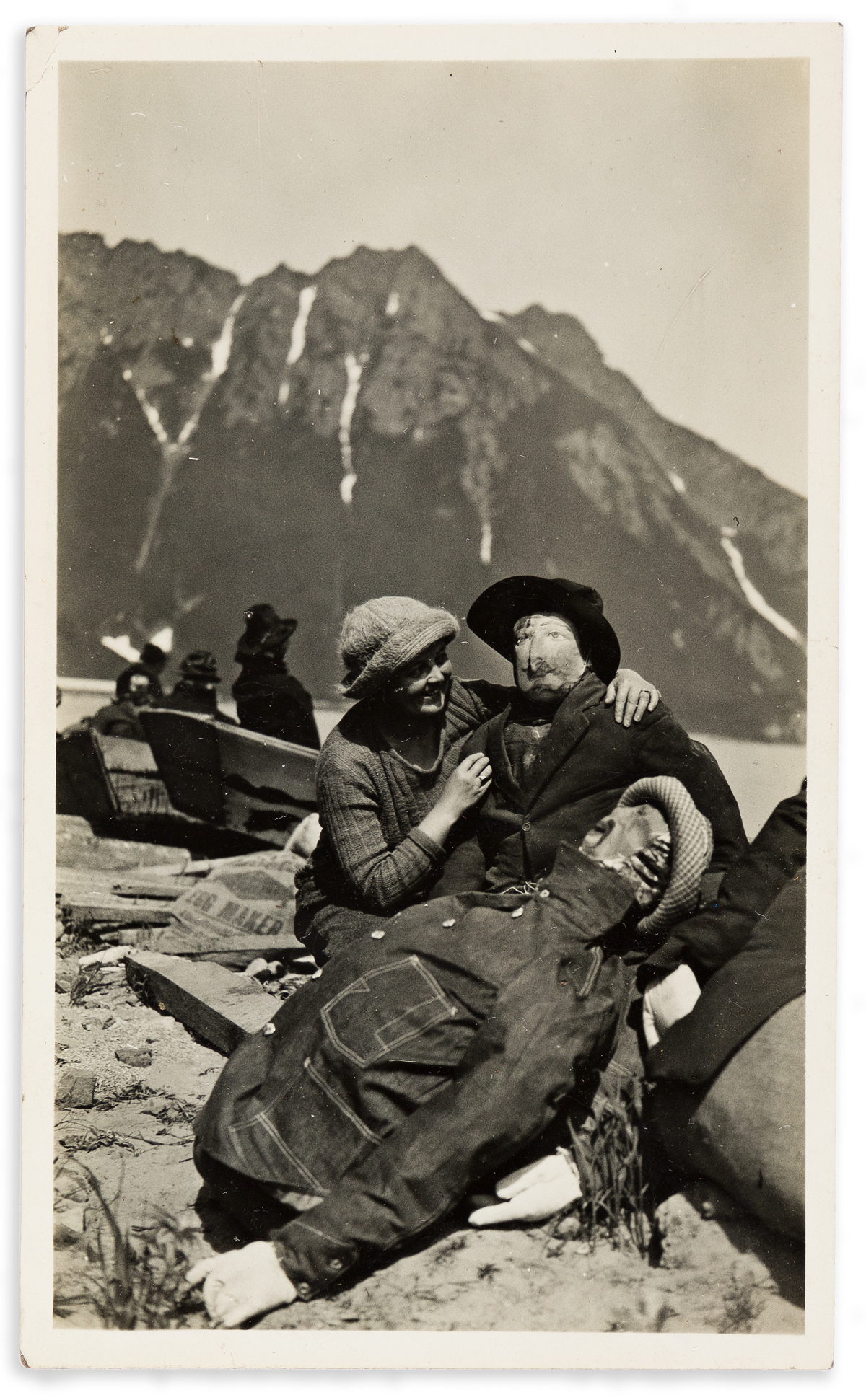