William McKinley Rigdon (1904-1991) served in the Navy from 1923 to 1953. From 1942 to 1953, he was stationed in the White House as the naval aide to Presidents Roosevelt and Truman, reaching the rank of Commander. His duties extended far beyond naval matters; he was one of the Truman family's closest aides, and was involved in travel planning. In 1964, he published the book "White House Sailor," recounting how he accompanied Roosevelt and Truman on dozens of trips as "secretary, mess officer, mailman, baggageman, banker, storekeeper, photographer, custodian of secret files, and keeper of official logs."

A large number of the photographs show Roosevelt and especially Truman at official events, often with national and international leaders. Just a small fraction of the highlights include Roosevelt meeting with Ethiopian leader Haile Selassie; Truman smiling with Joseph Stalin at the 1945 Potsdam conference; many shots of Winston Churchill, including one smoking a cigarette with a scowling Stalin and Roosevelt, another receiving an honorary degree with Roosevelt at McGill University, and two of Truman showing mounted photographs to a cigar-wielding Churchill as if at an auction exhibition; several of General Douglas MacArthur, one of them examining an enormous wall map with Roosevelt, and another with MacArthur, Roosevelt and Admiral Nimitz eating pineapples at a Hawaii luncheon; Roosevelt meeting with Prime Minister Anthony Eden in Quebec; and Franklin and Eleanor Roosevelt seated with the Churchills. Some Navy press images unrelated to the presidents are also found, such as Senegalese laborers building an American air base at Dakar.

These photographs bear a variety of credits. Some are marked in the negative as work of the Army Signal Corps, and others are from the Navy Department. Others bear just an inked date stamp on verso, while many have no credits whatsoever. Some of the smaller snapshots come from the Bureau of Aeronautics at the Naval Air Station, while a few have substantial manuscript captions signed by Rigdon. Knowing that Rigdon served as an unofficial presidential photographer, it seems likely that many of the uncredited images were shot by him.

More than 700 of these photographs are standard 8 x 10-inch prints, generally unmounted except for 3 mounted on worn black scrapbook leaves. Also included are more than 300 smaller 4 x 5-inch prints, a few of them captioned in manuscript over Rigdon's signature. Finally, the collection includes 21 larger prints, ranging up to 11 x 14 inches; some of these are duplicates of 8 x 10 images. 10 of the 8 x 10 prints are glossy color prints, most apparently taken at Truman's Key West retreat. Truman is shown posing in bathing trunks in two of these shots.

Rigdon retired from the navy in August 1953, and then attended Cornell University's school of hotel administration for a year. These photographs were found in a house purchased near Cornell University in 2009. 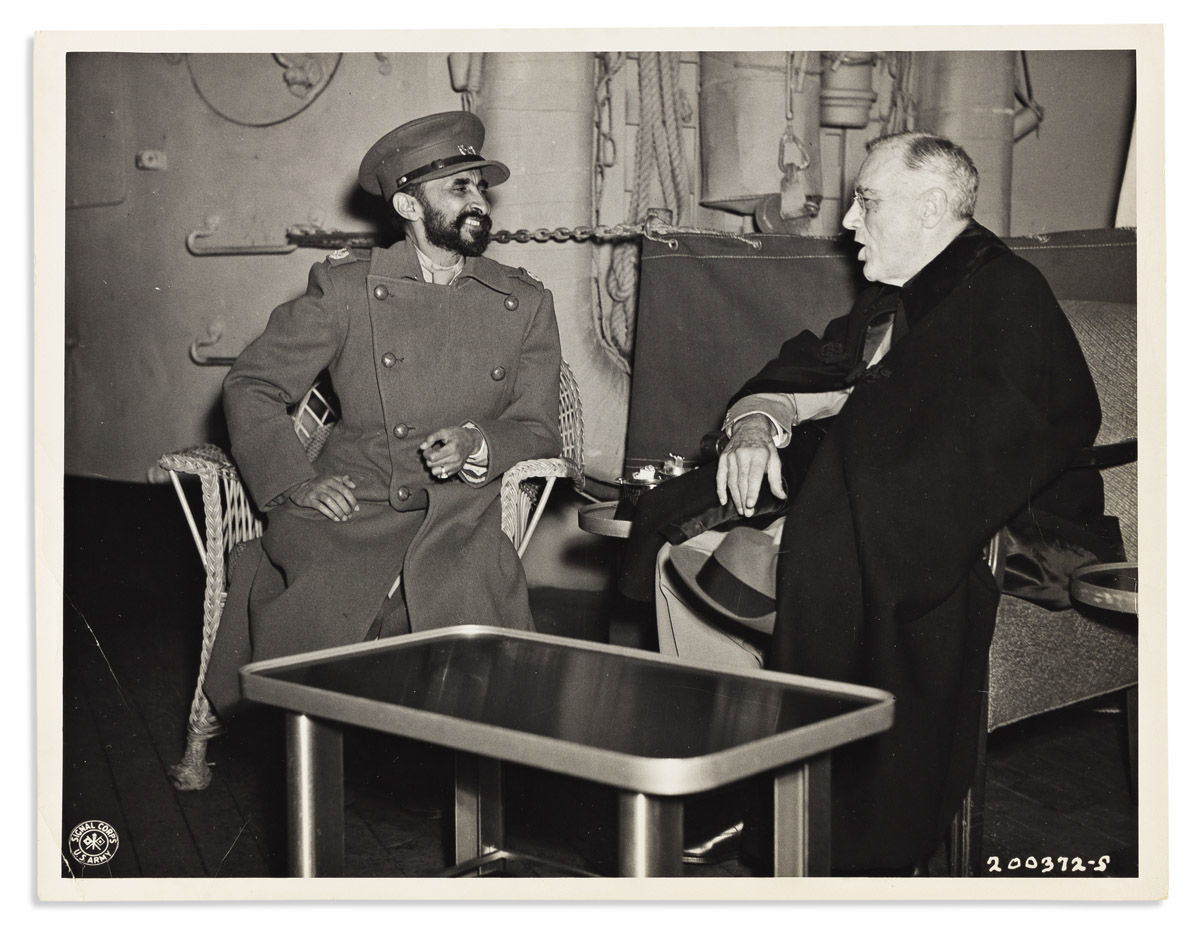