Eberle (1878-1942) was known for her politically and socially conscious small-scale bronze sculptures that depicted the poor residents of New York's Lower East Side. She was born in Webster City, Iowa and was raised in Canton, Ohio. She began teaching herself by copying tombstones and memorials before studying at the Arts Students League, New York. In 1907, she began composing sculptures in a social realist manner and was associated with the Ashcan School, which also included artists Robert Henri, John Sloan and George Luks, and photographers such as Jacob Riis and Lewis Hine, all of whom rebelled against American Impressionism and academic realism popular in the art market at the time. Many artists associated with the Ashcan School exhibited at the Macbeth Gallery, New York; Eberle showed there from 1907-13. In 1913, she exhibited two works at the Armory Show, one titled White Slave that depicted a child prostitute (child prostitution was then euphemistically reffered to as white slavery). The shocking combination of contemporary realism, with a man peddling the youth by his side, and her blatant nudity caused considerable controversy. Overall, Eberle believed art should have a social function and that the artist has, "No right to work as an individualist with no responsibility to others."
Set Alert for Similar Items 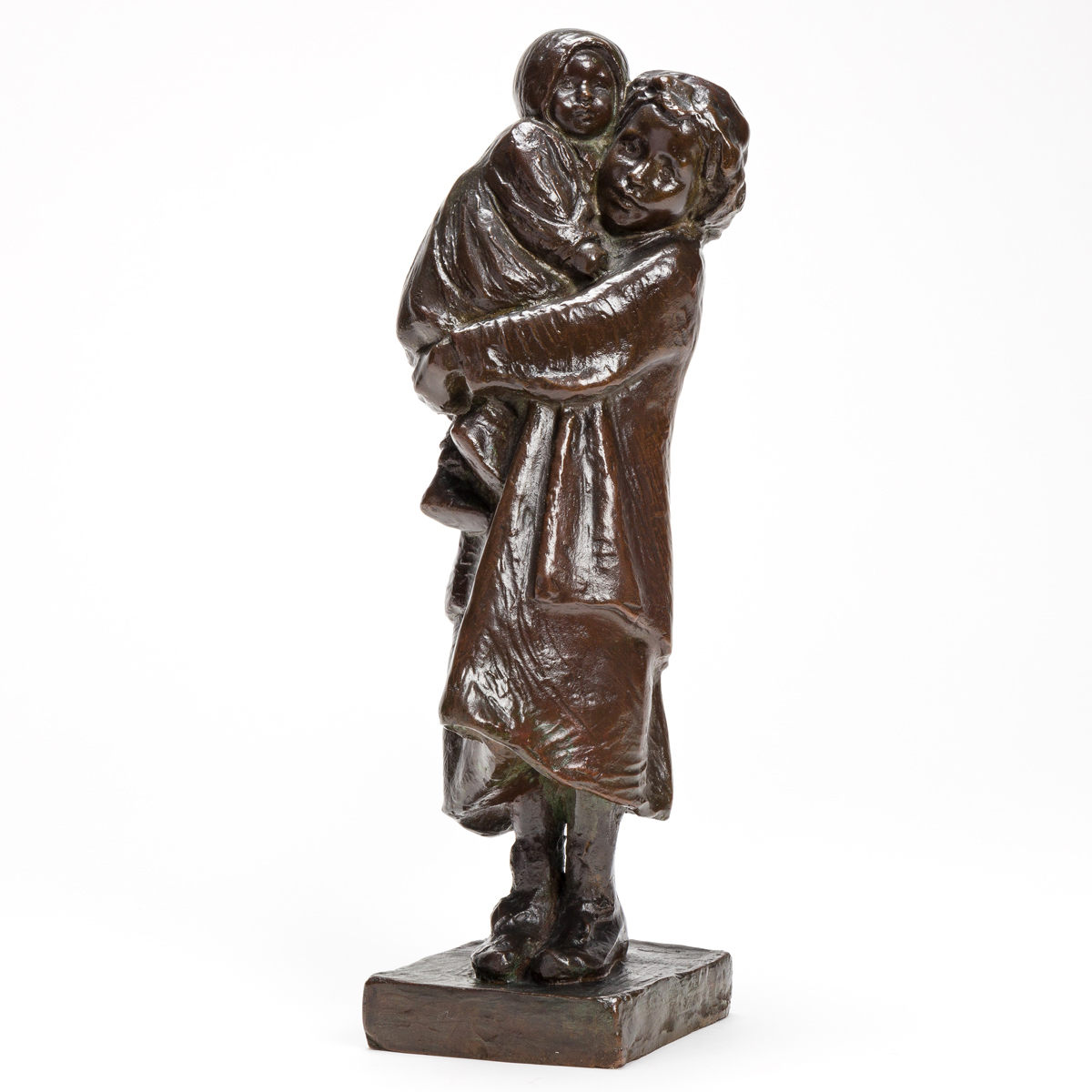