"In terms of its image and the energy it connotes, L.M.S. Best Way is Cassandre's most powerful poster" (Brown & Reinhold p. 14). Alain Weill refers to the image "as legendary as it mysterious" (Cassandre/Weill p. 60). In 1927, Cassandre painted an image very similar to this one for the Nord Express railway, which actually ended up rejecting the design. In 1928, Cassandre designed his first poster for the L.M.S. British railway line. He followed that poster with this one, a reconfiguration of his earlier painting. Printed in England, the poster conforms to the standard "quad royal" measurements for British Railway posters of the time. However, by all accounts, this poster was not used commercially, as only 50 copies were printed. "By changing to the unusual nearly square format, he evokes a feeling of vertical and horizontal compression of energy about to be unleashed . . . [by] creating an artful cacophony of light, shading, and geometric forms, he is able to emphasize the kinetic and dynamic aspects of a train in motion" (ibid). "It is a superb Cubistic painting . . . the vermilion aura around the two driving wheels evokes both speed and the flames that used to roar in the bowels of the old steam engines" (Mouron p. 61). Rare.

Provenance: acquired by the current owner from Reinhold Brown Gallery, NYC, in the 1980s. It was this same poster that appeared on the cover of the gallery's seminal, 1979, book The Poster Art of A.M. Cassandre. 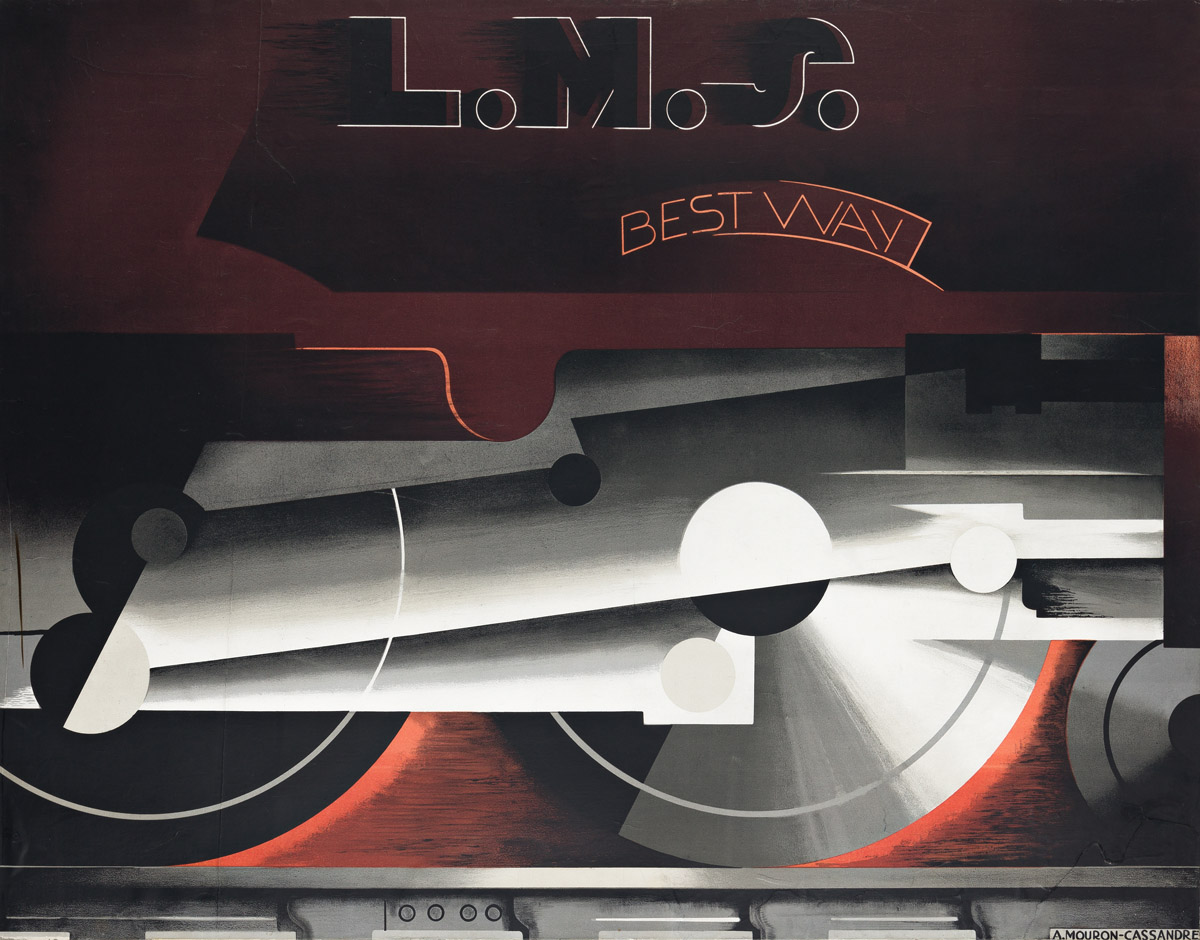