On the Town is one of the most beloved musicals of all time. The 1944 show about three sailors who try to cram a lifetime of New York experience into a single 24-hour leave debuted Leonard Bernstein's famous score to lyrics and script by Betty Comden & Adolph Green. This production was its first major New York revival since 1971.

In Lobel's own words, On the Town was "the biggest and most ambitious production ever attempted at the Delacorte Theatre in the park. There is nothing there - and in order to do a sprawling musical with many locations, I had to come up with a giant machine that could hold a band, have a dance floor, and bring on all the scenery - at the same time not losing the sense of the spectacular locale of the park. It was only after sketching to the jazzy music for several weeks that I realized what I was drawing - a gigantic bridge with a 1940s band sitting on top - a bridge that could become Times square, The Museum of Natural History, Coney Island and many other places." The show was a great success in its original Central Park setting but failed to repeat that magic when it moved to Broadway. 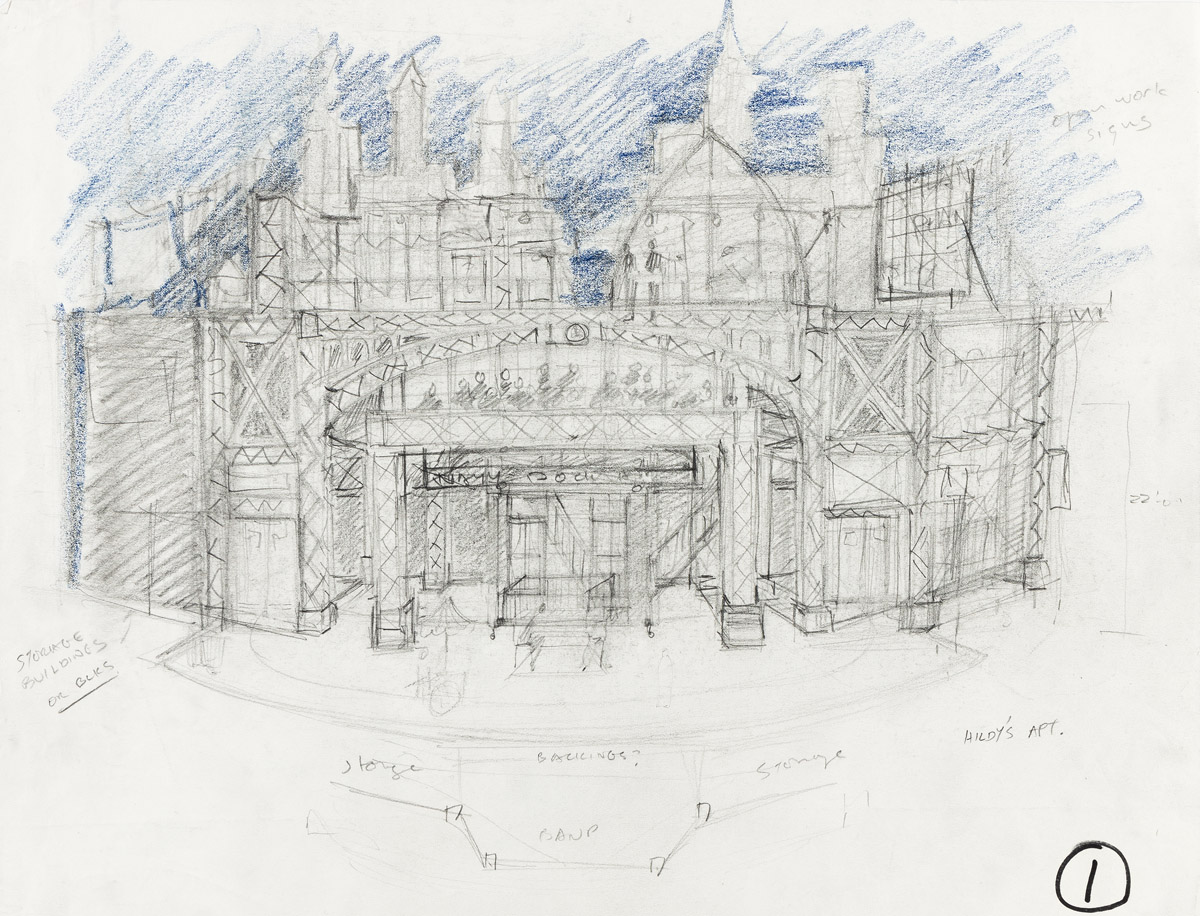