Engraving, 1514. 243x188 mm; 9 1/2x7 3/8 inches. A superb, dark, evenly printed and well-inked Meder II b-c impression, before the scratch on the sphere lower left and the scractches on the nails lower right, with the number "9" corrected in the third row of the number square upper right, with strong contrasts and little to no sign of wear. Ex-collection unknown collector, ink stamp verso (not in Lugt). Trimmed on the plate mark.

Melencolia I has been described as representing the contemplative life, and more specifically the melancholic pitfalls of an overly intellectual, creative temperament, with the large seated figure in the engraving possibly an allegory of the artist himself, symbolizing artistic melancholy.

Certainly an event that shaped Dürer's life and his outlook during this period was the illness and death of his mother on May 16, 1514. Whatever part this played in his creation of Melencolia I, it is clear from his diary entries as well as a moving charcoal portrait of his mother from 1514 (now in the Kupferstichkabinett, Staatliche Museen, Berlin), in which he detailed her illness, that her death weighed heavily on his mind leading up to and during the creation of this engraving.

While modern scholars often group Dürer's three master engravings from 1514 together, suggesting they were conceived as a set by the artist and comercially offered as such, this was evidently not the artist's intent (though the Roman numeral "I" in the title of the current work might also suggest that Dürer had a series in mind). He often sold impressions of Melencolia I and St. Jerome in his Study together, though this is likely due to their highly recognized importance even during his life and their contemporaneous creation. Bartsch 74; Meder 75.
Set Alert for Similar Items 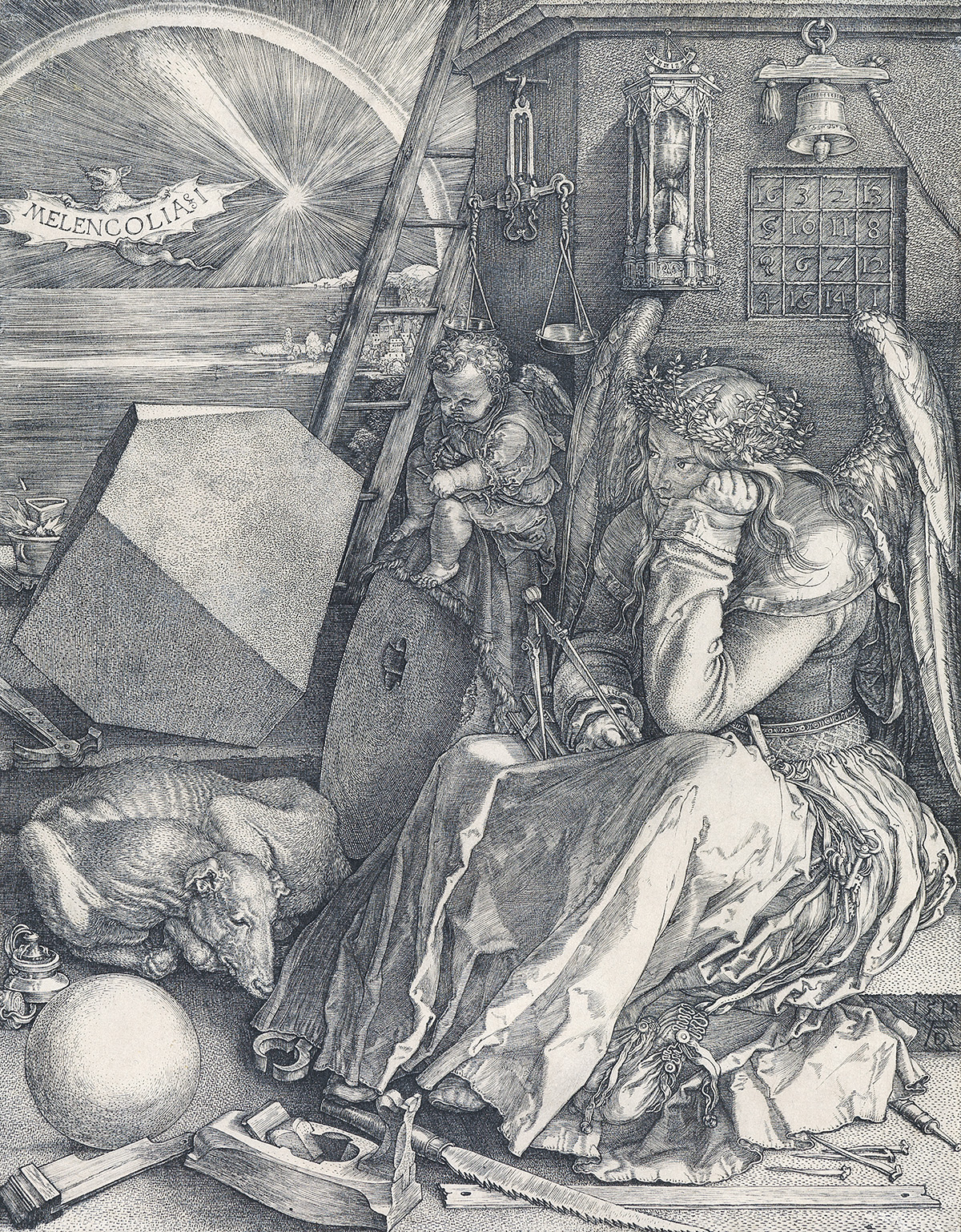