Engraving, circa 1496. 120x128 mm; 4 3/4x5 inches. A superb, dark and richly-inked Meder a impression, with very strong contrasts and no sign of wear, and with the delicate wiping scratches that quickly disappear in later impressions, all consistent with the earliest impressions of this subject. With thread margins or trimmed on the plate mark.

According to Bartrum, "The pig represented here refers to The Monstrous Pig of Landser born on March 1, 1496 at Landser in Alsace, which is represented in a broadside by Sebastian Brant published in German and Latin editions by the Basel publisher, Johann Bergmann von Olpe: 'In the year 1496 a wondrous sow was born in the village of Landser with one head, four ears, two bodies, eight feet, on six of which it stood, and with two tongues.' Dürer (1471-1528) could not have seen this pig which only lived for one day, but he knew the broadside: the pig is shown in a different position to that crudely cut image, but the building in the background represents the castle in Landser illustrated by the Basel woodcutter," (Bartrum, Albrecht Dürer and his Legacy, London, 2002, pages 112-13). 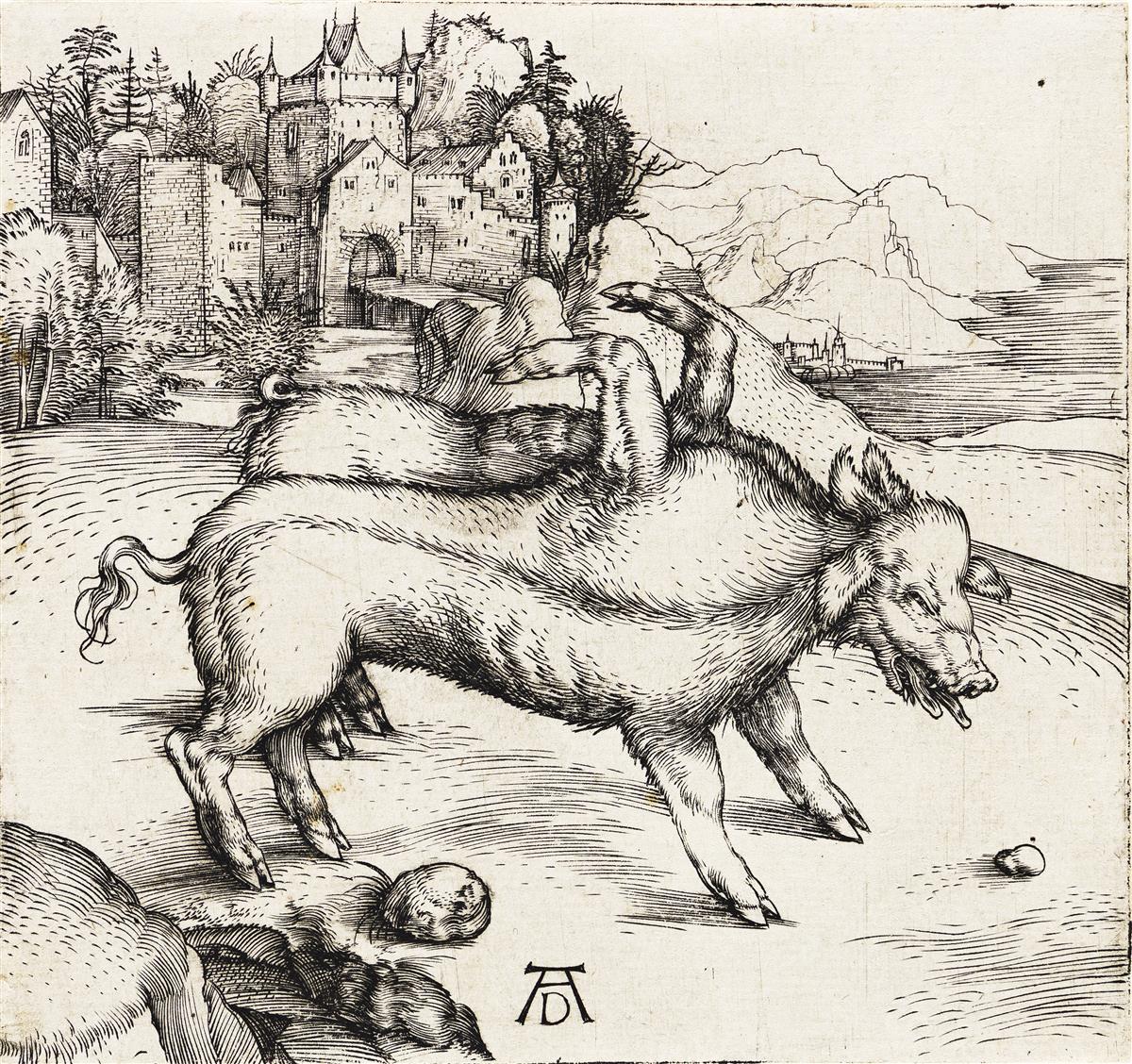