The original drawings used as an illustration for Fragment, by John Ashbery, Los Angeles, 1969.

Katz (born 1927) was born in the Bronx and raised in Queens, New York by Russian émigré parents who were both interested in poetry and the arts. He studied at Cooper Union, New York, and then accepted grants to to pursue art at the Skowhegan School for Painting and Sculpture in Maine. There he learned to paint directly from nature and the plen-aire approach to his art gave him, as he has stated, "a reason to devote my life to art."

His economy of line and the flatness of his compositions belie his fascination with Japanese Ukiyo-e woodcuts, while his early use of monochromatic backgrounds and large fields of saturated colors exemplify the Pop Art Movement of the 1960s onward. Katz was friends with many New York City based creative types, such as Fairfield Porter and Larry Rivers, and the time he spent with poet John Ashbery precipitated the creation of Fragment. In the 1950s and 60s he began to pursue greater realism in his paintings and, in the 1960s, inspired by billboards and popular advertising, began doing large-scale works with unconventional cropping of the main figures. While his portraits rely on the strict delineation between color and form in order to communicate sensitivity and intimacy with the subjects, Katz's landscapes, such as in the current lot, employ a painterly interpretation of line and form, simplifying figures to heighten what the artist has referred to as the "environment" of the piece.
Set Alert for Similar Items 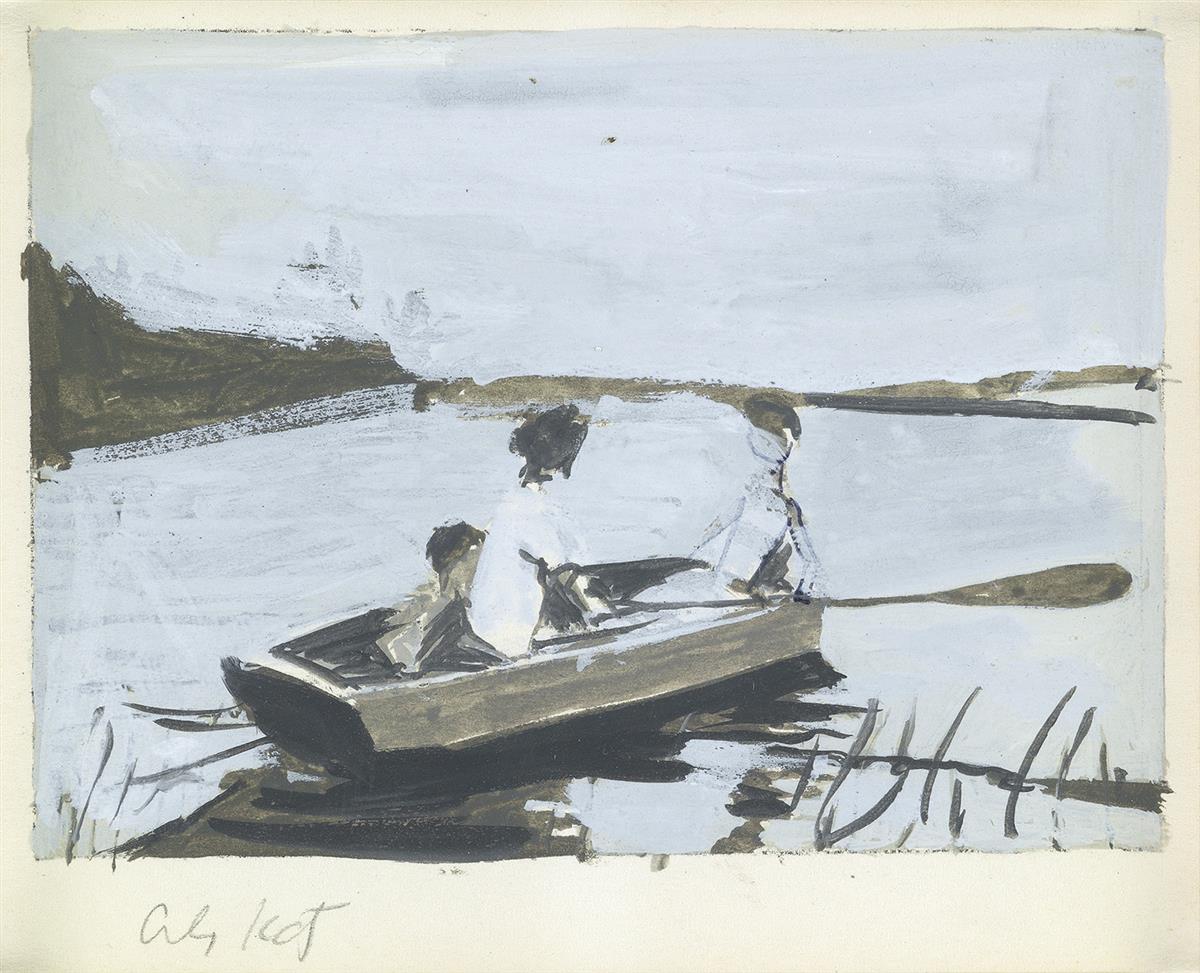