Despite his artistic pedigree (his grandfather was an important Scottish sculptor, his father was a renowned American sculptor and his mother was a talented painter) and a natural predilection toward the arts, Calder (1898-1976) did not initially gravitate to a career as an artist. Instead, he studied to be a mechanical engineer, graduating from the Stevens Institute of Technology in Hoboken, New Jersey, in 1919. Following graduation, he held a variety of engineering-related jobs before moving to New York in 1923 to study at the Art Students League with John Sloan, George Luks and others. Calder's artistic career accelerated with his move to Paris in 1926, where immersed himself in the avant-garde center of the art world of the 1920s. In Paris, he developed Cirque Calder, a unique combination of small-scale mechanized sculpture and performance art, and created his first formal wire sculptures, planting the seed for his ground-breaking work in the 1930s with mobiles and standing sculptures with movable parts. By the 1950s, Calder was increasingly concentrating on monumental outdoor sculptures, many of which were situated in prominent locations, such as JFK Airport, New York (1957), the Expo 67, Montreal (1967) and the Aztec Stadium, Mexico City (1968) for the Summer Olympics, cementing his international artistic acclaim.
Set Alert for Similar Items 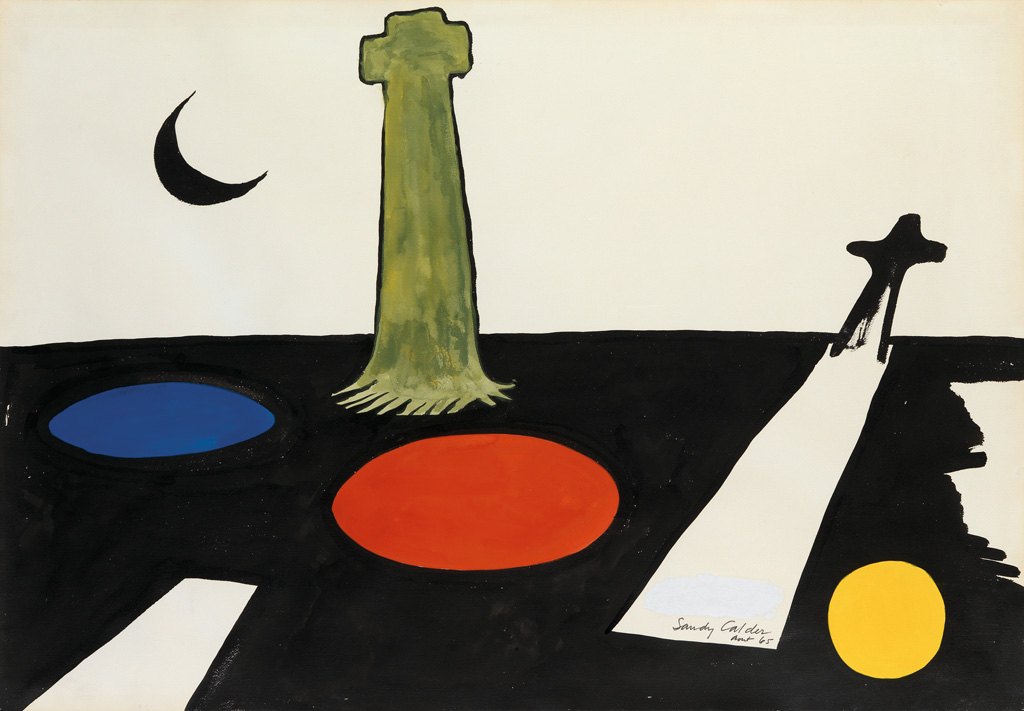