Though Calder (1898-1976) is best known for his kinetic mobiles and large-scale public works, he also worked in smaller scale sculpture. Calder moved to Paris in 1926 and started to create French Cirque Calder, an elaborate and imaginative circus world comprised of over 70 articulated miniature figures and almost 100 accessories constructed out of simple objects such as cork, wire, string, and pieces of wood, metal, and fabric. Calder staged performances with all the accoutrements of a traditional circus in front of audiences who were encouraged to participate with noisemakers and cheers. Calder remained preoccupied with circus subjects and the kineticism which characterized early performances throughout his career.

Although his oeuvre often conveys weightlessness allowing for movement, Calder briefly ventured into bronze sculpture in 1930, casting circus subjects. His bronzes were not kinetic but were engineered to emit the potential for motion through the genius distribution of weight and thoughtful, graceful forms, especially present in his acrobat subjects.
Set Alert for Similar Items 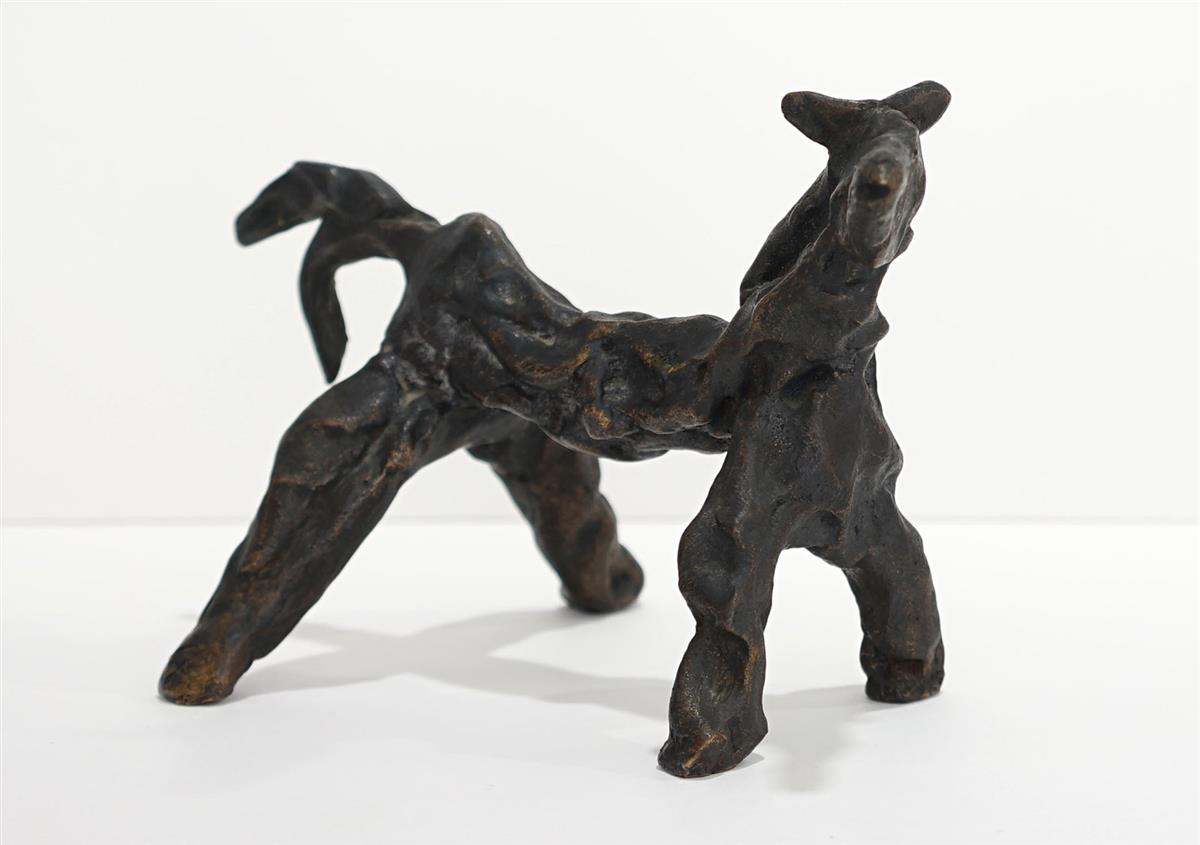