Dobrolet, the Russian Society of Volunteer Air Fleet, was founded in 1923 as part of Lenin's New Economic Policy, which allowed for a form of limited capitalism in certain large businesses. As a partially public company, it originally sold shares to Russian citizens. Rodchenko was employed to help market the company and went on to design posters and other advertising material for them. The text on this poster reads, "To All . . . If one is not a shareholder of Dobrolet, one is not a citizen of the USSR / One golden ruble makes everyone a shareholder of Dobrolet." During the mid to late-1920s Rodchenko worked with Vladimir Mayakovsky on advertising campaigns for Mosselprom and GUM as well as Dobrolet. In the 1930s, the company lost its shareholder status and became part of the Soviet collective economy - as "Aeroflot." Rodchenko, who was young and virtually unknown when he began his association with Dobrolet, used "simple geometric forms as the material for visual inventions and combinations . . . by means of pure geometric forms, all the shapes were transformed into symbolic patterns (signs), that could be visually simple and as clearly understandable as letters of the alphabet" (Rodchenko / Lufthansa p. 31). This poster was printed in four different color schemes, including red and black, red and green, green and black, and red and blue. Rodchenko 82, Modern Poster 133, Avant Garde p. 120 (var), Rodchenko / Lufthansa p. 68 (var), Aeroflot p. 17, Art and Power p. 161, MoMA 497.1987.
Set Alert for Similar Items 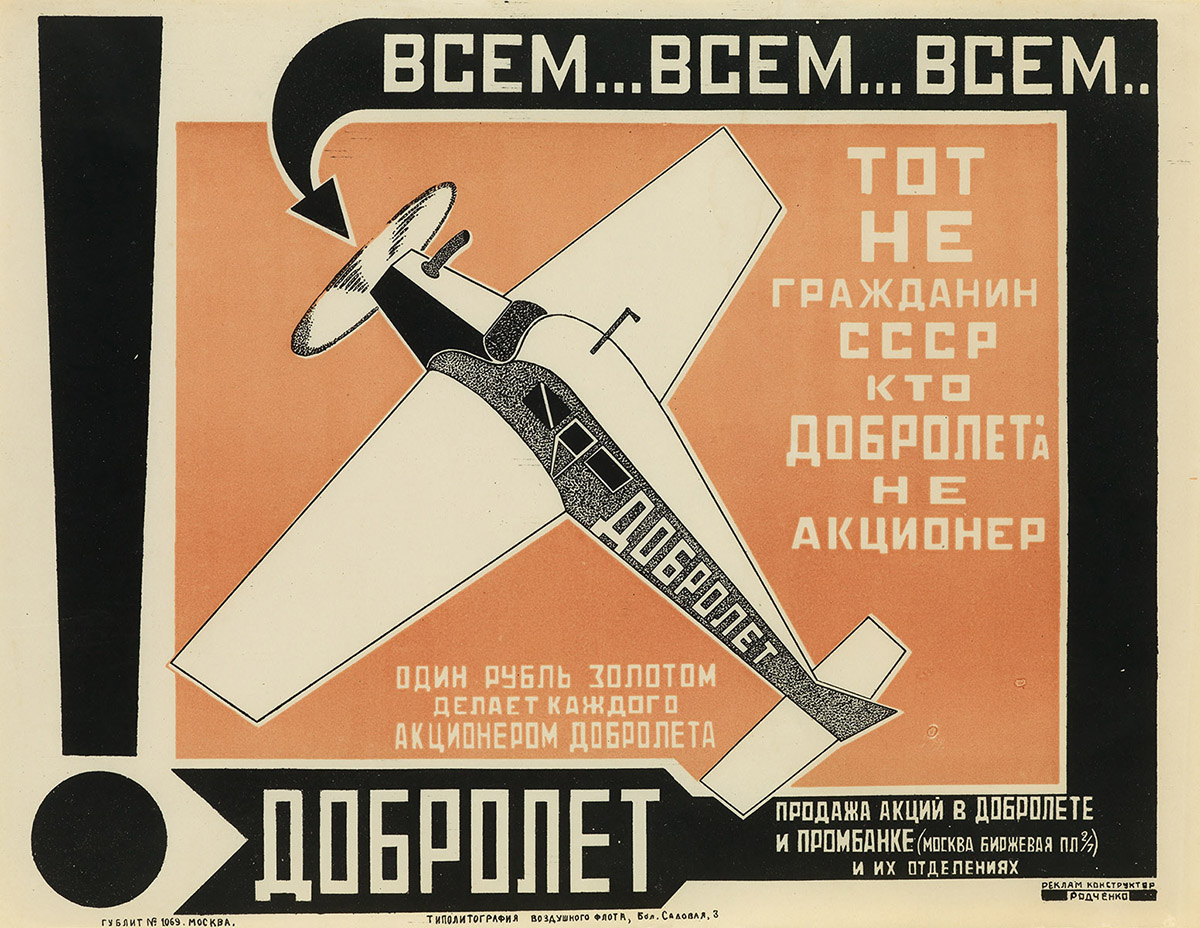