Boghossian is considered one of the greatest Ethiopian artists, and one of Africa's best known contemporary artists. His paintings reflect a deep and strong foundation in the ancient culture and symbolism of his homeland. In 1955, he received an Ethiopian Government scholarship to study in Europe, where he studied at Saint Martins School, Central School, and the Slade School of Fine Arts, London. In 1957, Boghossian moved to France, where he attended and taught at the École des Beaux-Arts, and the Académie de la Grande Chaumière, Paris. Boghossian returned to Ethiopia in 1966, where, for the next three years, he taught at the Fine Arts School of Addis Ababa. He also was a painting professor at Howard University in Washington, DC, from 1974 until 2000.

Boghossian was influenced by a broad range of international and black cultures--he embraced both the "Pan-African" and universal movements. He is the first Ethiopian artist to have works acquired by the Musée d'Art Moderne, Paris in 1963, the Museum of Modern Art, New York in 1965, and the Smithsonian Institution's National Museum of African Art in 1992.
Set Alert for Similar Items 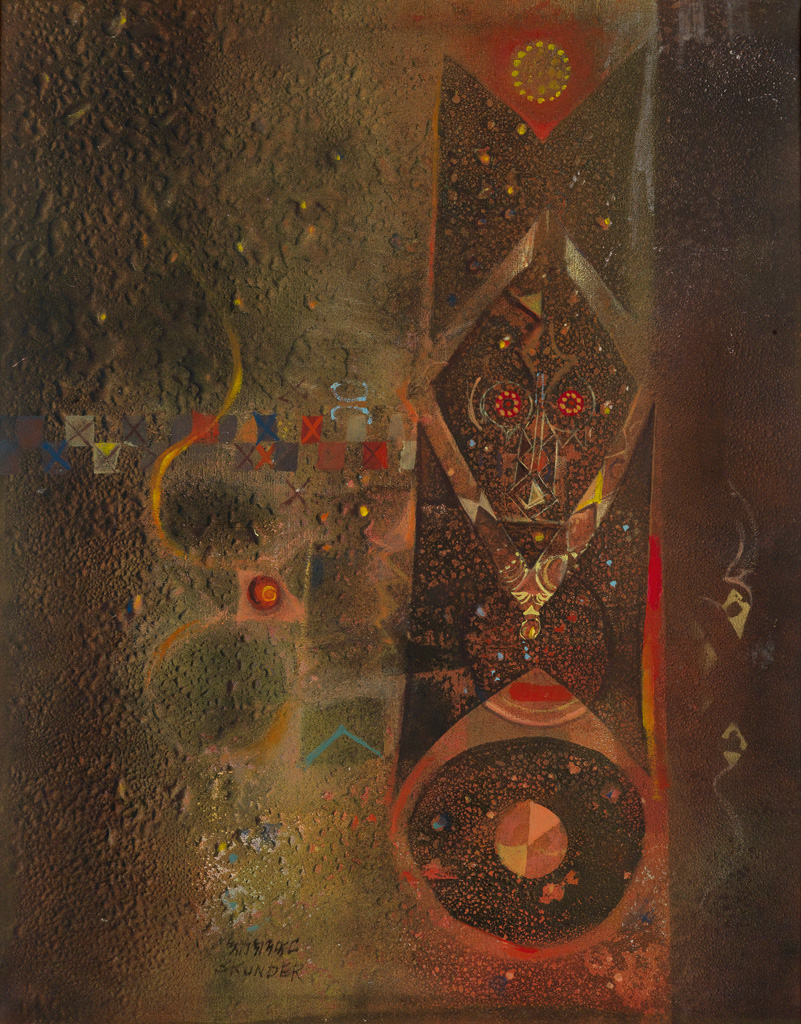