Born in Portsmouth, New Hampshire, Bricher (1837-1908) began his career as a businessman in Boston, Massachussetts. He studied at the Lowell Institute alongside fellow artists Albert Bierstadt (1830-1902) and William Morris Hunt (1824-1879), and devoted himself to art professionally after 1858. He focused on maritime paintings, with attention to scenes that explore the effect of light on both coastal landscapes and seascapes. Following his move to New York in 1868, he became one of the last painters associated with the American Luminist movement, which came out of the Hudson River School. Though little-known throughout his lifetime, Bricher's work gained more attention posthumously, and by the 1980s he came to be credited as one of the foremost American maritime painters of the 19th century.

Grand Manan Island is part of New Brunswick, Canada, and lies roughly 10 miles off the coast of Lubec, Maine, the easternmost point of the continental United States in the Bay of Fundy. During the late 1800s, the island was a favorite summer vacation spot for Bricher, along with other notable artists, including John James Audubon (1785-1851) who had visited during the early 1830s to explore the area's natural beauty and sketch.
Set Alert for Similar Items 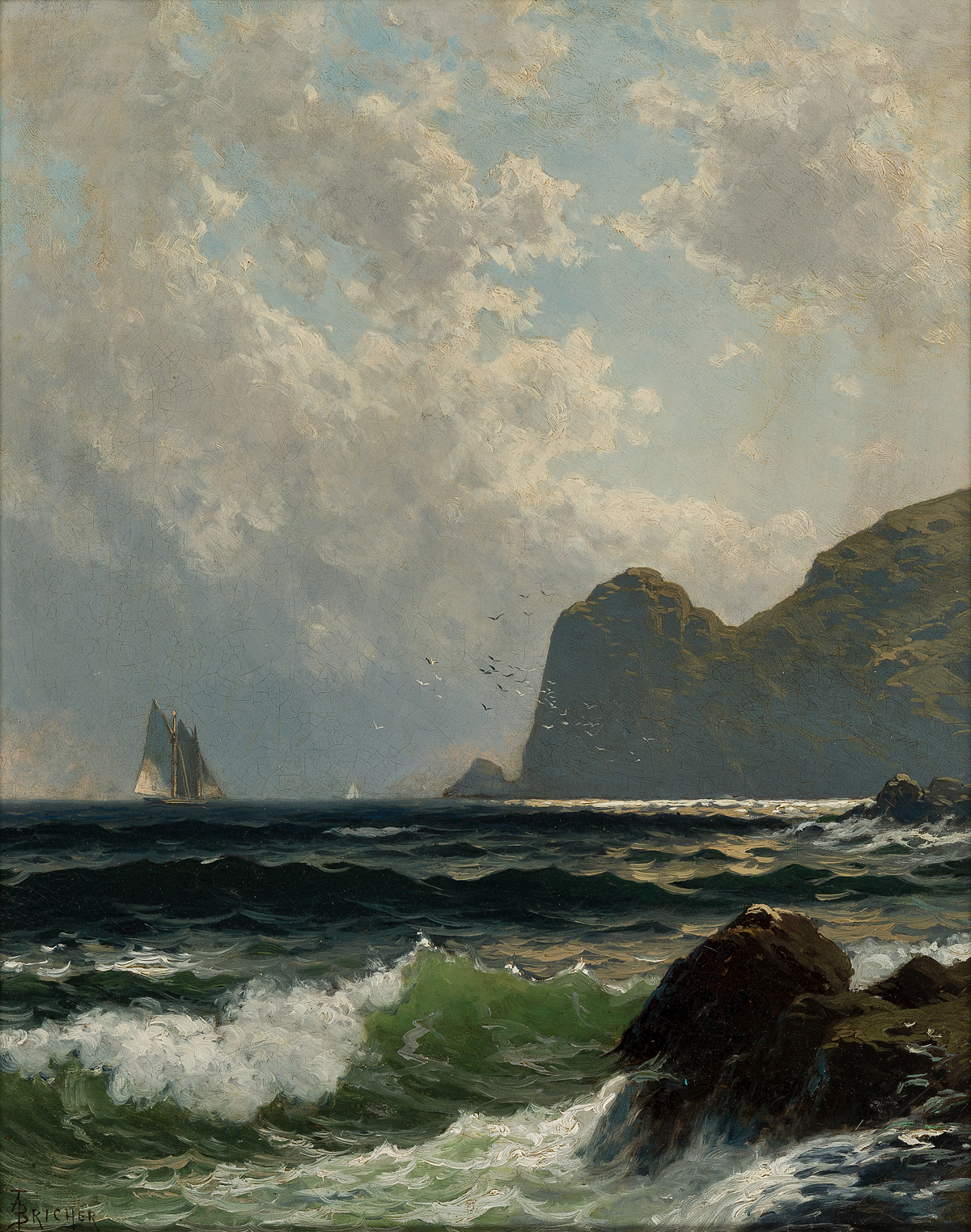