Wiencek was a muralist in the WPA - she painted the mural North Carolina Cotton Industry in 1937 for the Mooresville Post Office, NC, now in the Moorseville Graded School District for the Treasury Section of Fine Arts. She also assisted the artist Louis Fiene, whom she later married, on two WPA murals - one for the post office in Canton, Mass., and the other in the Department of the Interior Building, Washington, DC. 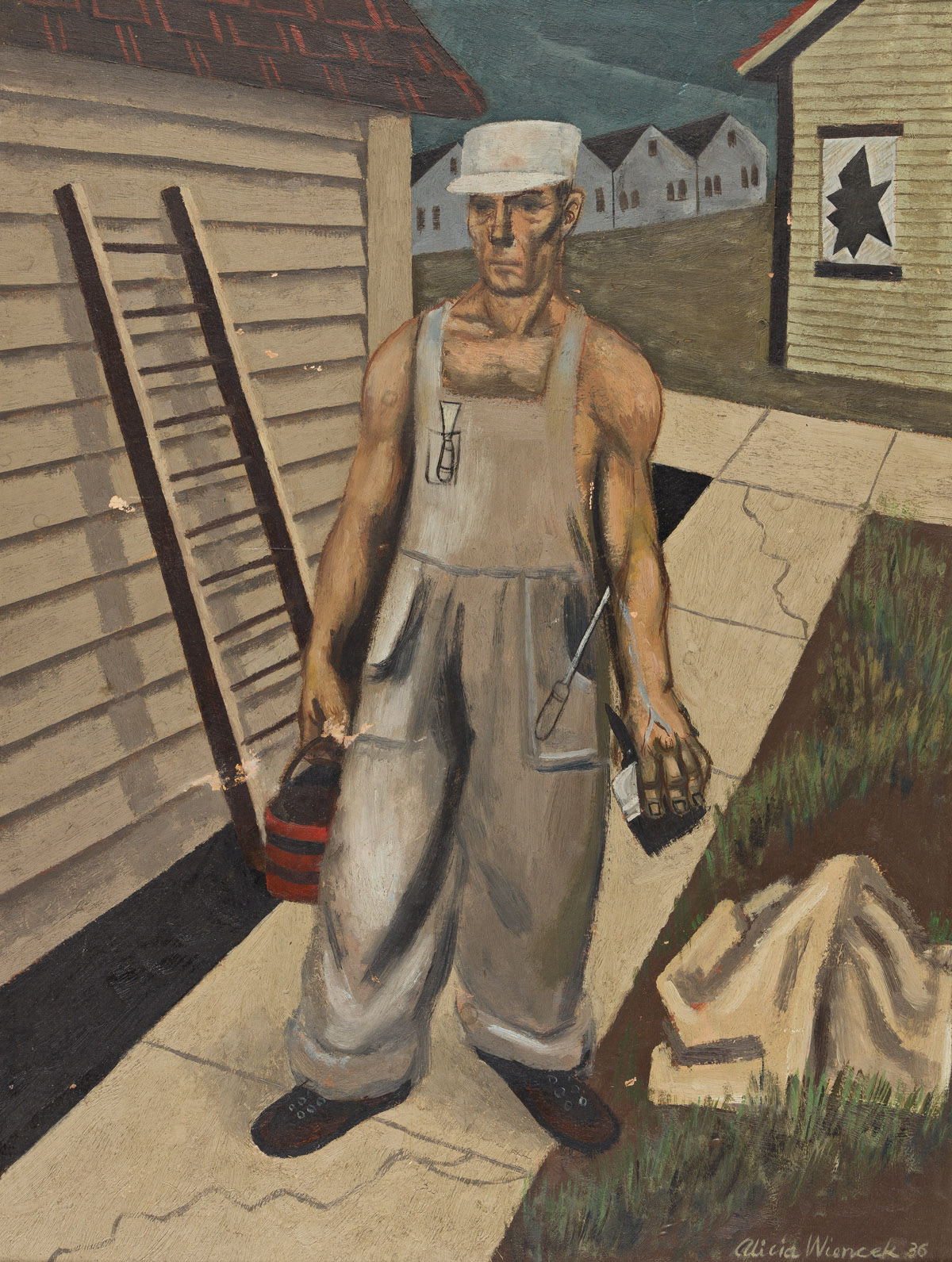