In 1967, the Arts Council of the Philadelphia Y.M.H.A. organized the exhibit "Museum of Merchandise," which aimed to explore "a philosophic approach to art, bridging the gap between artist and designer... to take the artist our of the ivory tower and put him into the control tower." Works for sale included Warhol's (1928-1987) You're In, silver Coca-Cola bottles filled with cheap "toilet water" perfume ("Silver Lining" by Cassell).

Though over-budget, "Museum of Merchandise," May 11-28, 1967, was successful and garnered significant press coverage. Warhol's You're In was discontinued once Coca-Cola Company executives became aware of their bottles being re-branded under a crude pun.
Set Alert for Similar Items 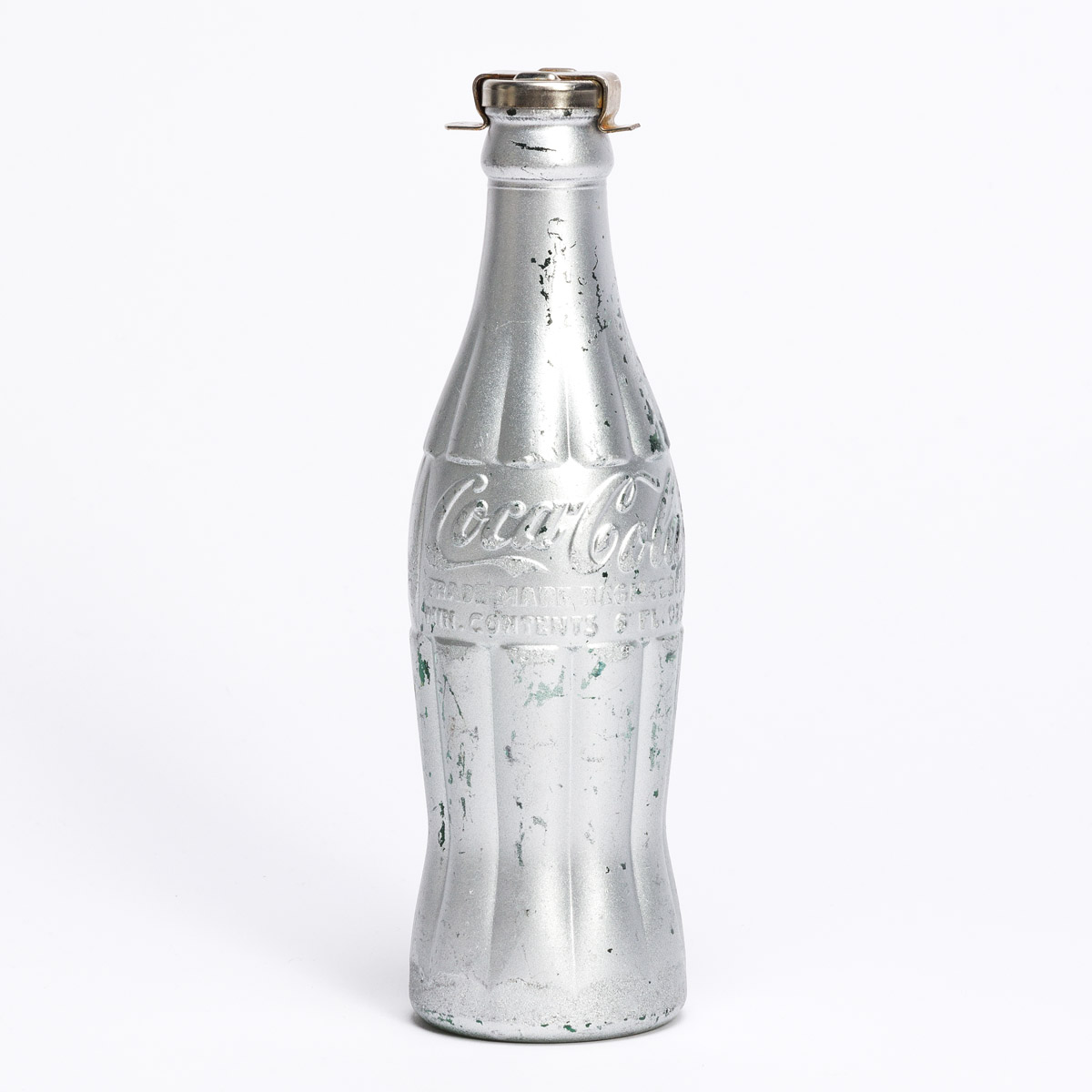