Moses (1860-1961), born Anna Mary Robertson, began painting when she was 78 years old when arthritis prevented her from embroidering her cheerful idyllic farm scenes for friends. She was self-taught and her paintings had the same brightness and two-dimensionality of her needlework. It was not until a New York engineer, Louis J. Caldor happened upon Moses' paintings in 1938 at a small drugstore in Hoosick Falls, New York, that she was urged to become a professional artist. Though Moses and her family were incredulous, her works were included in a show of unknown painters in 1939 at the Museum of Modern Art. These charming, primitive style paintings caught the attention of Otto Kallir, who mounted Moses' first of many solo exhibitions at Galerie St. Etienne, New York in 1940. She gained mass appeal when, in 1946, Christmas cards of her paintings were first issued.

She painted over 1,500 works during her career, which are described as being in a primitive folk art style utilizing a flat one-dimensional space with simple shapes, reflective of needlework compositions. She was known for her depiction of rural life reflecting her upbringing on a farm in upstate New York. This work, one of the last she painted, is characteristically cheerful with a family in the foreground surrounded by chickens on their farm as the hilly landscape recedes in the background.
Set Alert for Similar Items 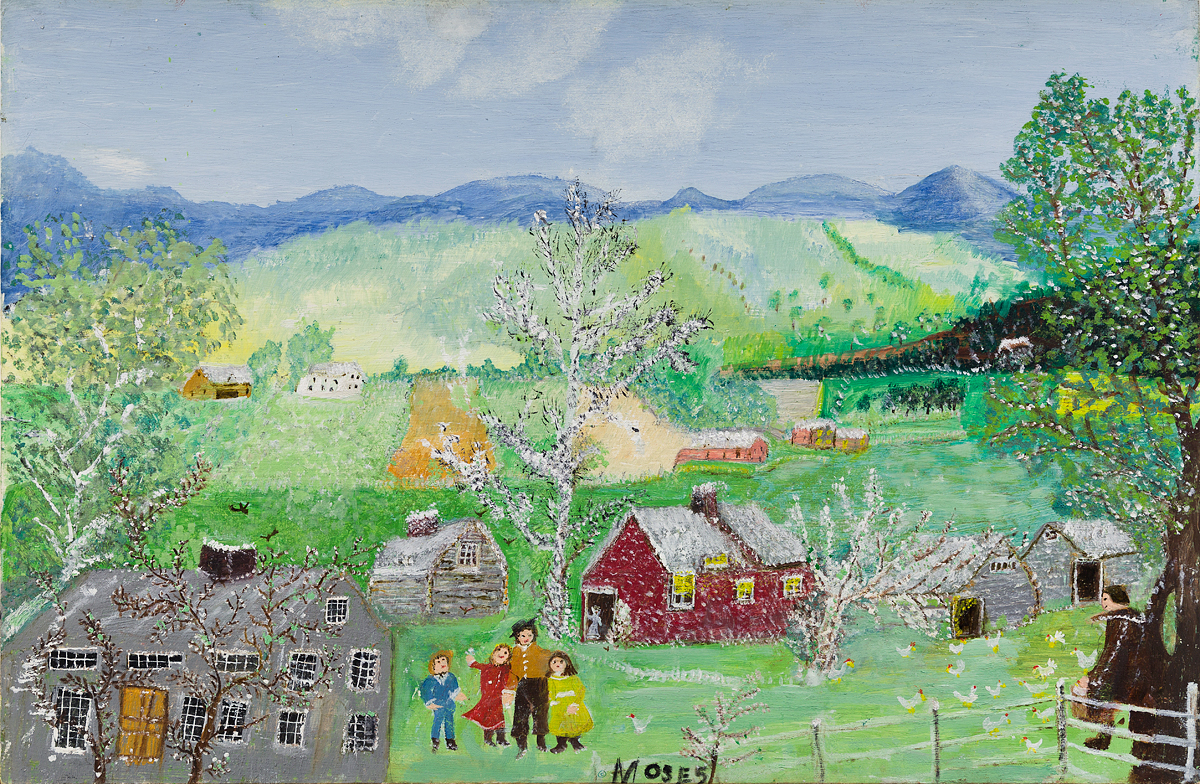