Acquired by Carl Wheat, in 1933; from the family of Carl Wheat to Butterfield & Butterfield; to the Scott Nichols Gallery, San Francisco, California; to a Private Collector.

Alfred Stieglitz was a charismatic tastemaker, a powerful artistic figure who, by 1933, had championed photography as an aesthetic form for more than 30 years. His art gallery, An American Place, which was founded in 1929 and located on Madison Avenue, was a go-to destination for thought-provoking shows of photographs, paintings, and sculpture, underscoring the medium's meaningful role in the cultural landscape.


The young photographer Ansel Adams, who was finding recognition and patronage in California, understood how vital Stieglitz's endorsement would be to his career. In 1933 Adams and his wife, Virginia, drove to NYC for the express purpose of meeting Stieglitz and showing him work. According to Andrea Gray's account in Ansel Adams, An American Place, 1936, their initial encounter was less than cordial. Stieglitz imperiously dismissed Adams, who arrived with a formal letter of introduction.

A subsequent meeting was more companionable. Stieglitz spent considerable time with Adams declaring that his prints were among 'the finest photographs I have ever seen.' But he did not immediately offer Adams a show. The two men corresponded and, after the publication of Adams' Making a Photograph (1935), Stieglitz proposed an exhibition for the following year, in which forty-five photographs were selected but only three were landscapes.

Winter [Pine Forest in Snow] was among the photographs featured in this groundbreaking exhibition, in 1936. The original exhibition print is now in the Alfred Stieglitz Collection, Metropolitan Museum of Art, NY. Gray, who was Adams' assistant, mistakenly noted in her catalog entry for the Center for Creative Photography catalog, which accompanied the recreated show, 'There are no other known prints made in the 1930s from this negative.' However this print, which is signed and inscribed by Adams and dated October 1933, descends from the collection of Carl Wheat, an historian, lawyer, book and photographs collector, who founded the Roxburghe Club of San Francisco.

Adams enjoyed the distinct privilege of enjoying scores of museum and gallery shows during his lifetime yet his visits with Stieglitz, and the exhibition at An American Place, had a profound impact on him, personally and professionally. He continually referred to this show as 'superlative,' an experience that deepened his practice and understanding of what it meant to be an artist. In a letter to Stieglitz the young photographer confided, 'My visits with you at An American Place remain my greatest experiences in art—they opened wide and clear horizons.' 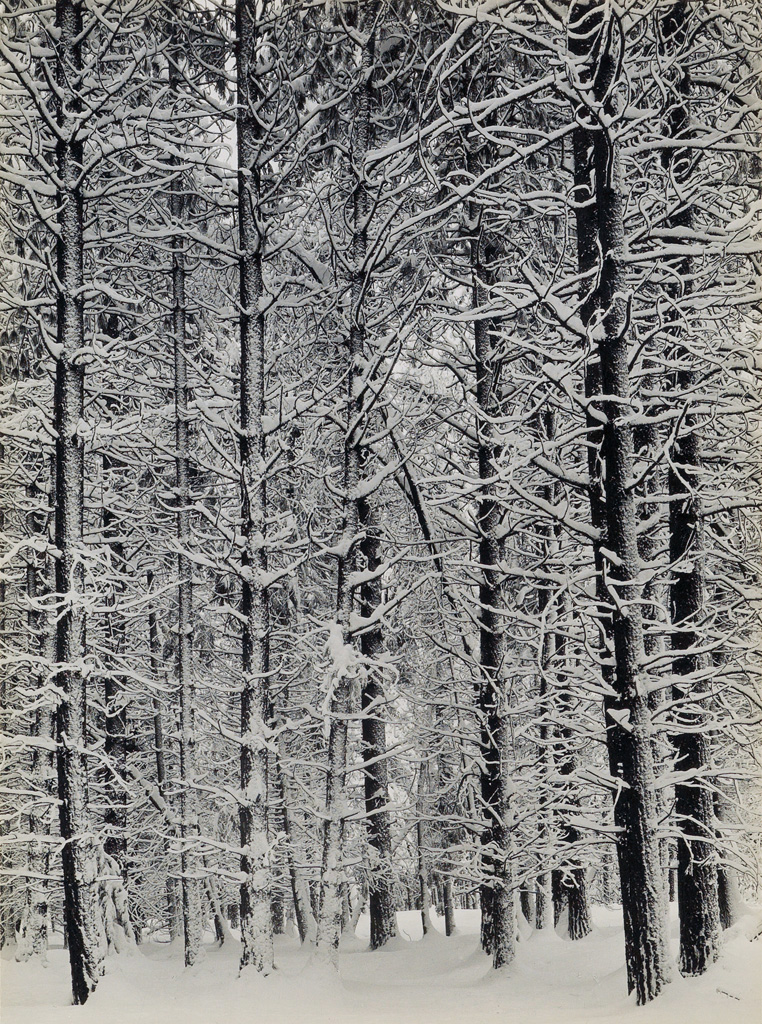