Snyder Fine Art, under Gary Snyder's directorship, opened the fall season in 1995 with 1937: American Abstract Art. This show was largely assembled around the works of the founding members of the American Abstract Artists, (AAA).
In 1936, artists in New York frustrated by the exclusion from museum and gallery representation of American artists working in a modernist style, began meeting in the studio of sculptor Ibram Lassaw. Their conversations would culminate in the formation of the AAA and self-representation through annual exhibitions. The first of these exhibitions was held in the Squibb Building at 745 Fifth Avenue, April third through the seventeenth, 1937.
In 1995 a large portion of art collectors and dealers knowledgeable about modernist art were unaware of these American abstract artists whose careers blossomed in the years between the World Wars. New York art dealer, Martin Diamond had re-discovered many of these artists and revived their careers in the early 1980s. Gary was amongst the first dealers to give a scholarly presentation of their works and do so on Fifty-Seventh Street in New York City, the premier gallery address at that time.
To better understand the revisionist efforts of Gary Snyder, we can look at his catalog introduction from 1937: American Abstract Art.
…rather than continuing to categorize this era as underappreciated and relatively unknown, we can recognize the accomplishments of the American abstract artists of the 1930s, and the insights of those who have embraced the period and contributed to its understanding.
Lots 80 -96 in this catalog are works by members of the American Abstract Artists group as well as a drawing by Emil Bisttram who formed the Transcendental Painting Group with fellow abstract painter Raymond Jonson in New Mexico, 1938.
Set Alert for Similar Items 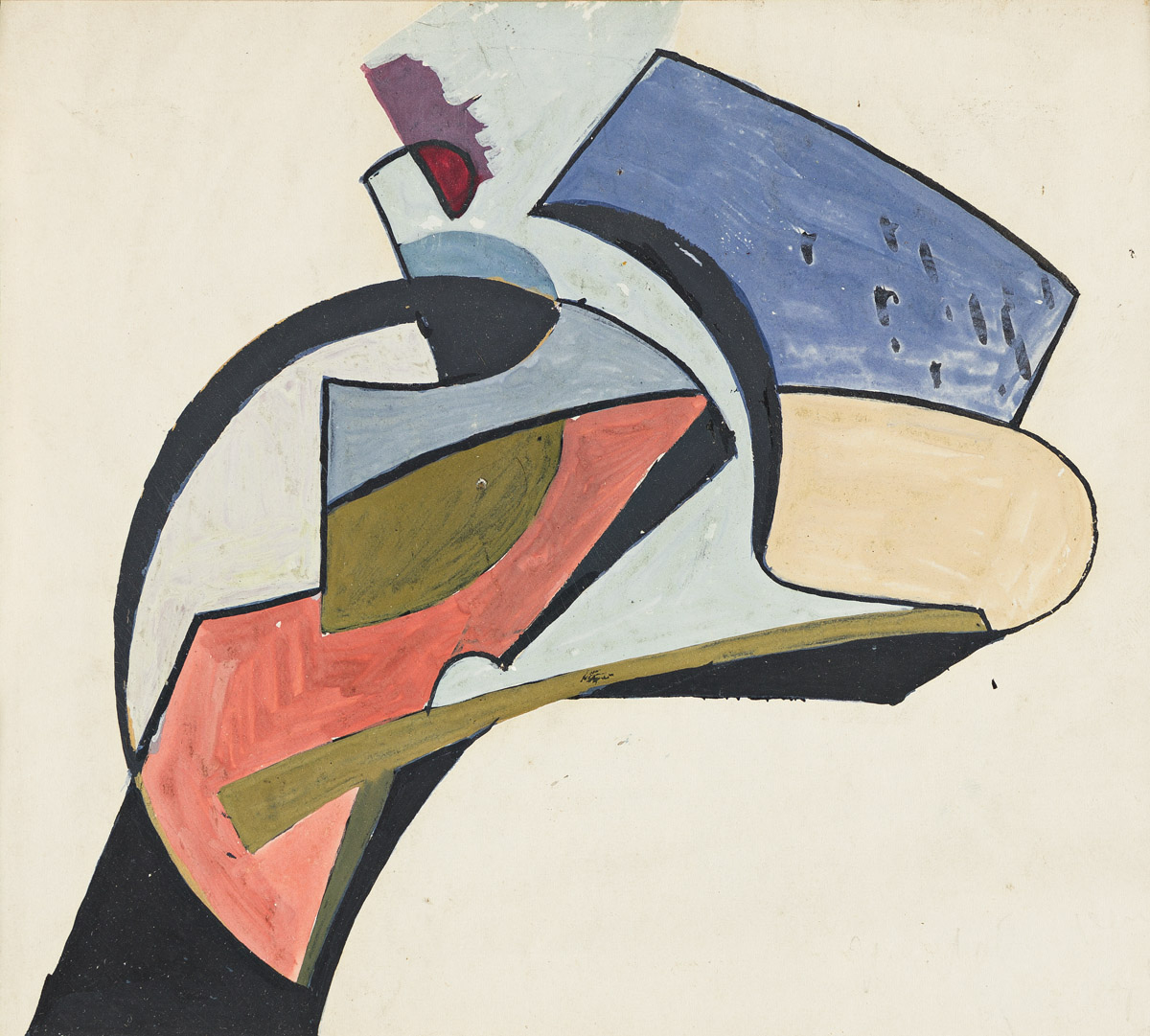