The owners provided the following statement: "My late mother-in-law bought this plaster piece from Augusta Savage about 1939 when she was in New York for a summer job. Being from rural Arkansas, she was very mindful of race relations. She told us she visited the studio, visited with the sculptor, who said she could not easily get money for bronze castings so did plaster and painted it. The sculptor said Gamin was modeled after her nephew. My mother in law bought the plaster piece and told us she carried it home to Warren, Arkansas on her lap on the bus."

An iconic image of the Harlem Renaissance in sculpture, this strong example of Gamin has fine modelling and is painted gold to resemble bronze. Savage made smaller versions of Gamin after her life-size plaster and subsequent bronze, typically painted black or gold.

Recent research has further confirmed the subject of Gamin. The Smithsonian American Art Museum located a May 1940 article in the Chicago Defender referencing the model as Savage's "little nephew" who had come to live with his aunt in Harlem after his home in Florida was damaged by a hurricane. Curator Jeffreen M. Hayes, organizer of the exhibition Augusta Savage: Renaissance Woman at the Cummer Museum, Jacksonville, further demonstrates that the model was her nephew. In the Augusta Savage Papers, the Schomburg Center for Research in Black Culture, Hayes found the following Savage quotation in a 1935 interview with the Federal Art Commission: "I bought some materials, set a dry goods box on the living room table, stood my nephew alongside the table, and worked practically all night, till we were both exhausted."

Gamin was a turning point in Savage's career. Theresa Leininger-Miller describes how Gamin brought Savage success at the end of the 1920s. Out of 10 works on display at Harlem's 135th Street branch of the New York Public Library, Charles Russell Richards, the art director of the General Education Board of New York, singled out Savage, recognizing Gamin as a significant work. Romare Bearden and Harry Henderson explain how two Harlem businessmen, Eugene Kinckle Jones, of the National Urban League, and John E. Nail, brother-in-law of James Weldon Johnson, also singled out Gamin for acclaim. Daniel Schulman also notes how the sculpture helped Savage win the first Rosenwald Fund fellowship ever awarded to a visual artist in May of 1929 - the president of the Rosenwald Fund Edwin Embree even ordered a cast of Gamin for himself. Gamin was illustrated on the cover of the June issue of the magazine Opportunity that year. Hayes p. 69; Leininger-Miller pp. 178-179; Bearden/Henderson p. 172; Schulman pp. 52-54.
Set Alert for Similar Items 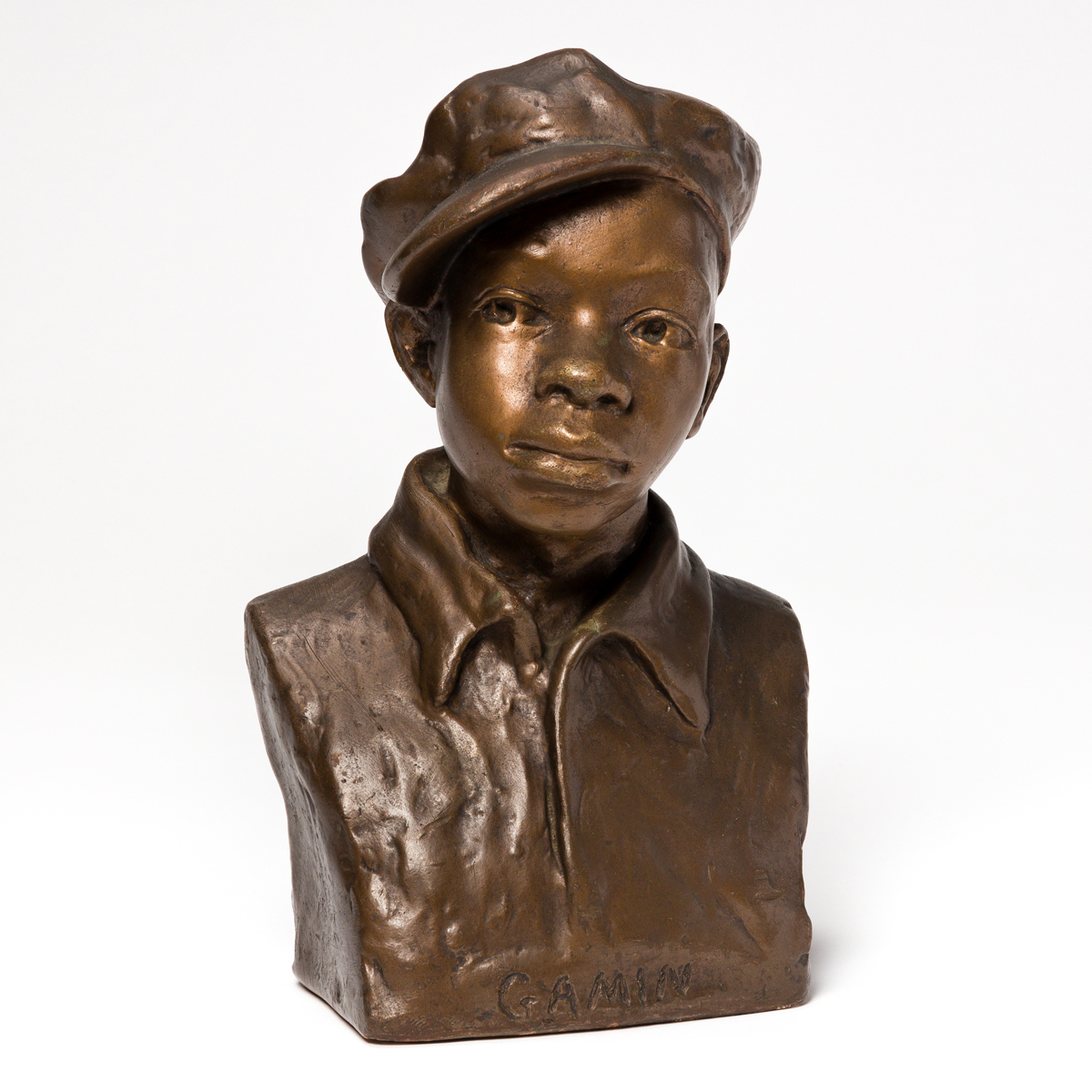