Octavo, one of several issues dated 1600, the present with editor's dedicatory sonnet inscribed to Sir Thomas Mounson signed R.A.; woodcut printer's device to title, lacking first two and final blanks (A1, A2, & Kk8); leaves A6-A8, "A Table of all the speciall matters contained in this Booke," bound after Kk7; A8, the final leaf of table/errata supplied from a smaller copy; with ink annotations throughout correcting errors and attributing lines to poets and works, later ink notes on front and rear flyleaves; bound in full later calf tooled in gilt with lyre tools, rebacked; paper flaw to leaf E1 (49/50), aeg.; purchased from Seven Gables in June of 1967; 5 7/8 x 3 5/8 in.

"This volume is a compilation of quotations varying in length from a line to nearly a page, generally with source noted though not always accurately, taken from the poetical works of some fifty Elizabethan writers. There are included 91 genuine extracts from Shakespeare's works, mostly derived from Venus and Adonis and Lucrece but all from plays or poems which had been printed before 1600." (Pforzheimer) 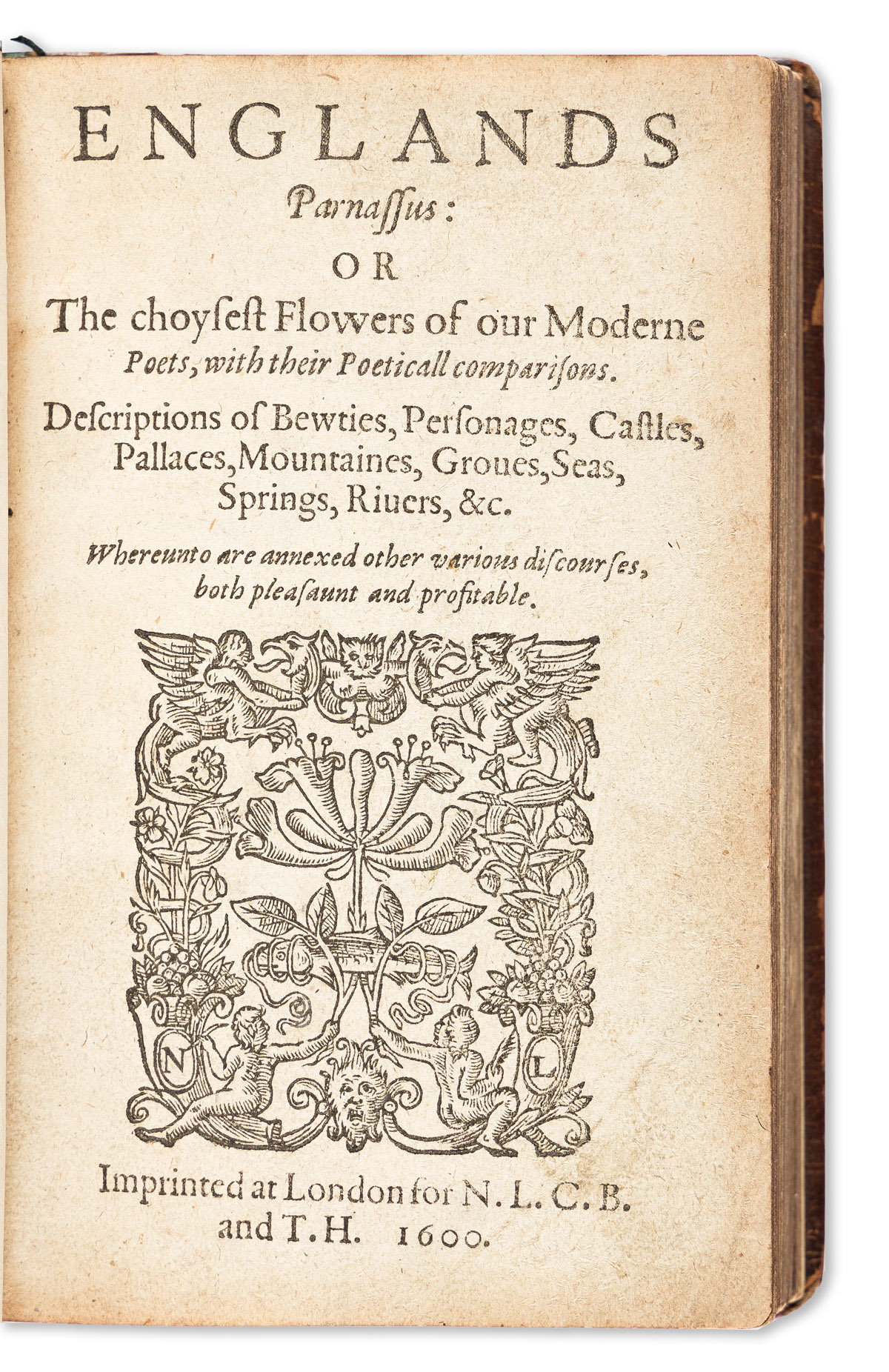