This striking portrait by Barkley L. Hendricks was painted at the beginning of his career defining body of work in life-size figurative canvases. Made just after he returned to Philadelphia from his studies at Yale University, the artist recalled that this portrait is of a friend, Edgar, a popular Philadelphia radio DJ at the time. He was known as "The Hawk," who often punctuated his on-air commentary with the expression "Blah, Blah, Blah." The fluorescent color of the DayGlo background shows Hendricks's interest in acrylics and appreciation of Pop Art. It also contrasts with his earthy tones and the academic realism of the figure.
Set Alert for Similar Items 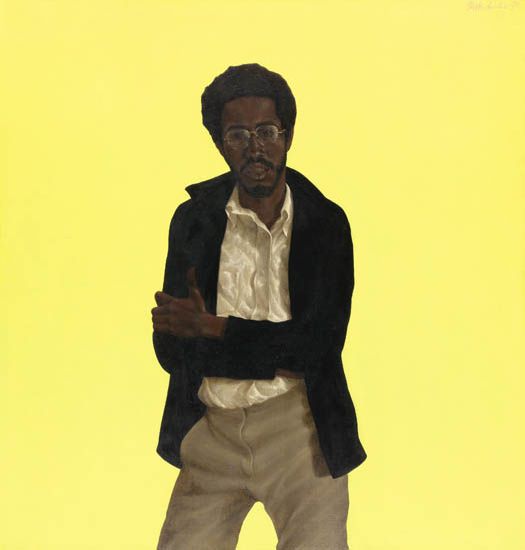