This double panel, life-size painting by Barkley Hendricks is his largest work to come to auction, and the first of his important "white on white" paintings. In the 1970s, Hendricks began a series of paintings of his large figures in stylish white outfits painted on white backgrounds--he called them "double whammies," with the strong personalities of the figure coupled with the bold formal aspect of his "limited palette series."

The PAFA's exhibition label described the encounter that lead to this pair of paintings:
"Struck by Shari's elegant style of dress as she passed the studio each day, Hendricks asked her to pose for a series of photographs. The artist felt the resulting painting of her in black suit on a white ground was not enough so he also created an image of her in a white suit on a white background, marrying the two images into a diptych."

A reflection of Hendricks's New London studio is found in both pairs of sunglasses--this device occurs in other works from the period, including Steve, 1979, recently reproduced on the cover of Artforum magazine. Schoonmaker/Golden pp. 60-63.
Set Alert for Similar Items 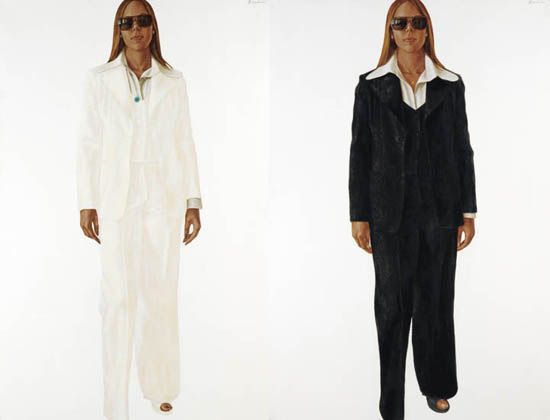 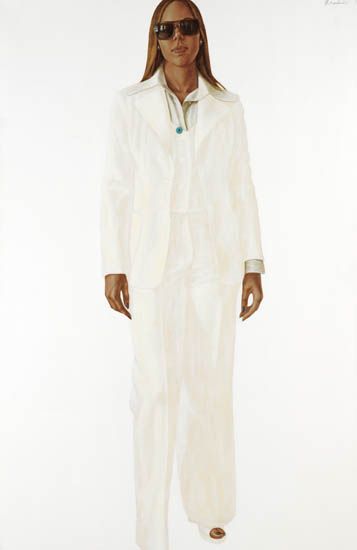