Provenance: Kenmore Galleries, Philadelphia, with the gallery label on the frame back; private collection, Philadelphia.

Sergio is a bold portrait by Barkley Hendricks that was painted at the beginning of his career, and is an excellent example of his trail-blazing work in portraiture. According to the artist, the model, a Yale University undergraduate student, posed for Hendricks when he was finishing his MFA studies in the spring of 1972. The artist would have his second solo exhibition at Kenmore Galleries in 1973 just a year later. For this exhibition, Hendricks refined his portraiture on monochromatic backgrounds. Hendricks painted Sergio as part of a group of amibitious full length portraits including Ms. Johnson (Estelle) and Sir Charles, Alias Willie Harris. Hendricks captured not just their likeness but the panache and small details of each figure's "look". The fashion and personality of Sergio is reinforced by both his nonchalant pose and expression. Hendricks used this distinctive deep royal blue background color again for his painting Mayreh (Mary Sheehan), 1973.
Set Alert for Similar Items 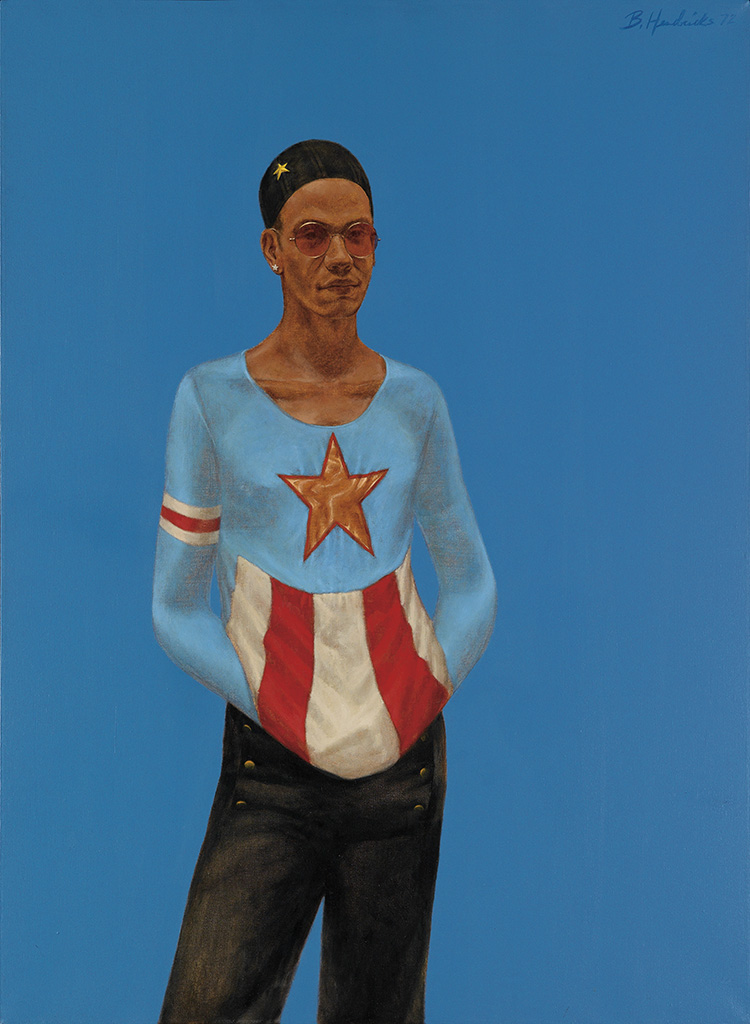