Steve is an iconic painting that embodies the look and attitude that Barkley Hendricks famously captured in his late 1970s life-size portraits. Steve is an important work by the artist, and only the second of his "white on white" series of paintings to come to auction. In the late 1970s, with Steve, Barkley Hendricks began a series of his large figure portraits in stylish white outfits painted on white backgrounds. In an interview with Thelma Golden, Hendricks called them "double whammies," combining the strong personalities of the figure coupled with the bold formal aspect of his "limited palette series."

Art historian Richard J. Powell has described how both the style and substance in Steve caught the attention of New York Times art reviewer Hilton Kramer's attention at the 1977 ACA gallery exhibition Four Young Realists. Kramer wrote that with Steve, Hendricks "produced a tour-de-force" and "as an added note of audacity, he paints into the reflections of the (figure's) mirrored sunglasses two little cityscapes and what may be a miniature self-portrait of the artist himself at work. It's all quite stunning." This reflection of Hendricks's New London studio in the sunglasses occurs in other works from the period, including his diptych Twins, 1977. 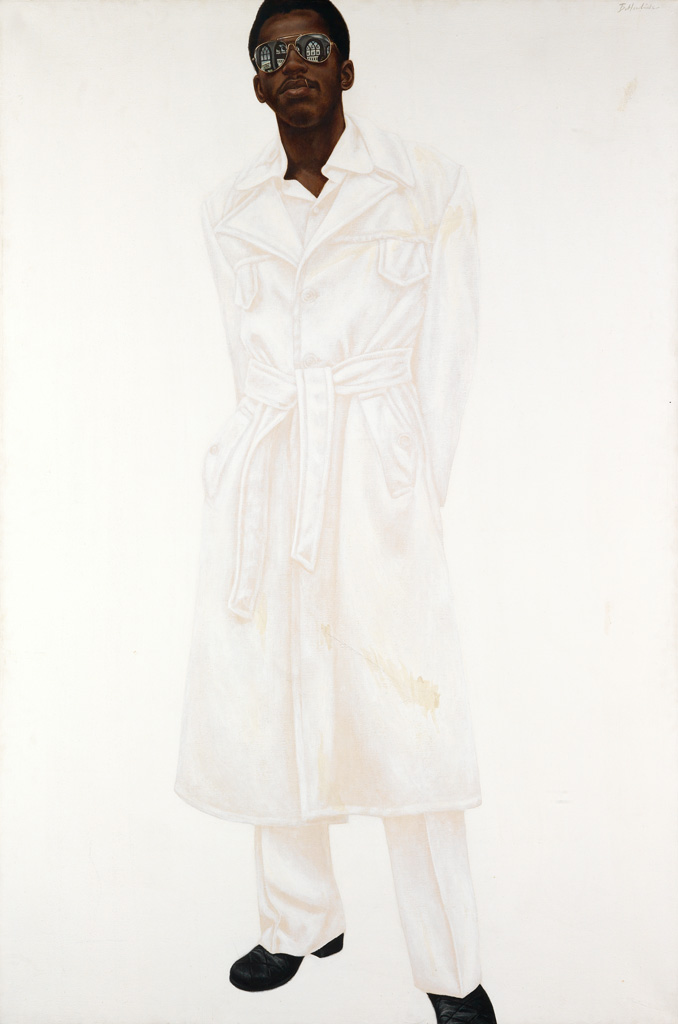