Tuff Tony is an excellent example of Barkley Hendrick's striking portraits, and one of his most widely exhibited paintings. Tuff Tony embodies the look and attitude that Barkley Hendricks famously captured in his late 1970s life-size figures against solid color backgrounds. It is a realist tour-de-force of subtle tones and shadows - from the yellow hue from the sun visor across the face to the subtle shift between the dark color of his sleeve to his arm. Tuff Tony embodies cool confidence.

Tuff Tony is an important work by the artist from his now iconic 1978 "white on white" series of paintings. In the late 1970s, Barkley Hendricks began a series of his large figure portraits in stylish white outfits painted on white backgrounds. In an interview with Thelma Golden, Hendricks called them "double whammies," combining the strong personalities of the figure coupled with the bold formal aspect of his "limited palette series." Hendrick's late 1970s paintings are now widely recognized as pioneering accomplishments in American art and portraiture, and significant precursors to many themes found in contemporary art today. Schoonmaker/Golden pp. 60-63.
Set Alert for Similar Items 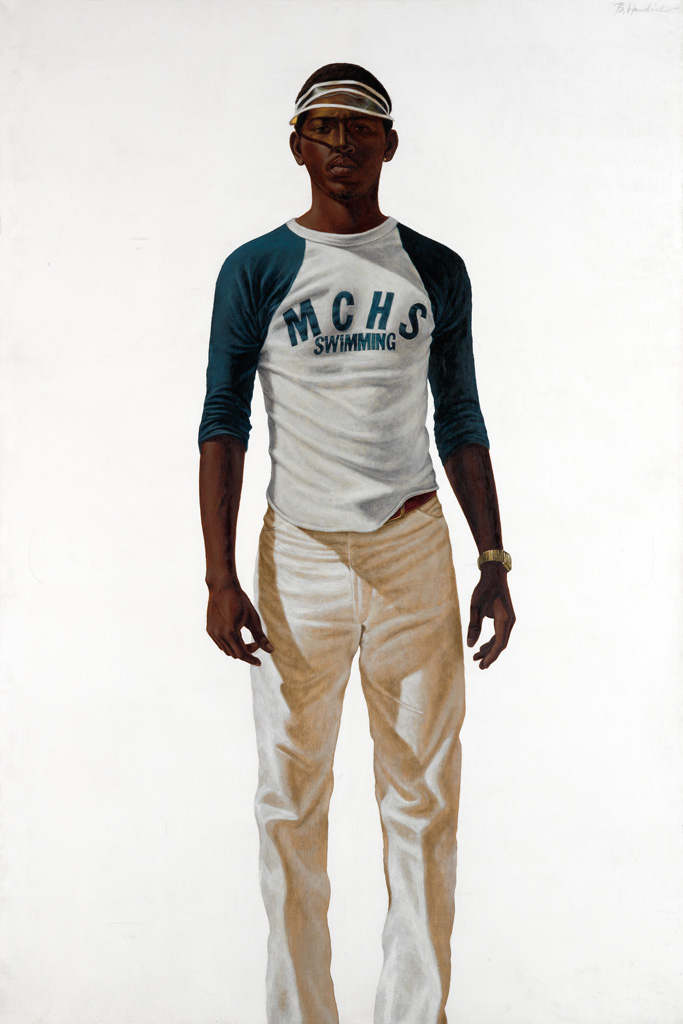