This modern self-portrait is a striking example of an important body of work--Beauford Delaney made self-portraits throughout his career, from the 1930s through the 1970s. This work is done at the height of his Paris period, the same year as Delaney's solo exhibition at Galerie Lambert in Paris, where he showed both portraits and abstract canvases. There is another 1964 self-portrait, with a cigarette on a yellow background, in the collection of the Reinfrank family, and a very similar Self-Portrait, 1965, in the collection of the Whitney Museum of American Art and illustrated on the cover of David Leeming's biography, Amazing Grace: a Life of Beauford Delaney
.
Set Alert for Similar Items 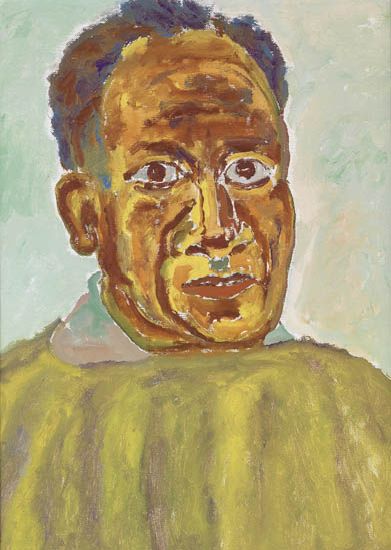