American writer James Jones and his wife Gloria were close friends, collectors and supporters of Beauford Delaney's while he lived in Paris.

Exhibited: the Studio Museum in Harlem, New York, with the label on the frame back.

In this striking canvas, Beauford Delaney combines a representation of an African fertility figure within a saturated yellow color field painting. Delaney had an interest in African sculpture going back to his reading of Alain Locke's New Negro, and visiting artist Cloyd Boykin's Primitive African Arts Center in the 1930s. Having seen the influence of African art on Picasso and other modernist painters in both New York and Paris, Delaney often incorporated African motifs and figures, including Earth Mother, 1950 and Makonde Figure, 1952. There is also an oil on paper work that is the mirror image of this figure in the collection of the Knoxville Museum of Art. Leeming pp. 41 and 102; Powell p. 58.
Set Alert for Similar Items 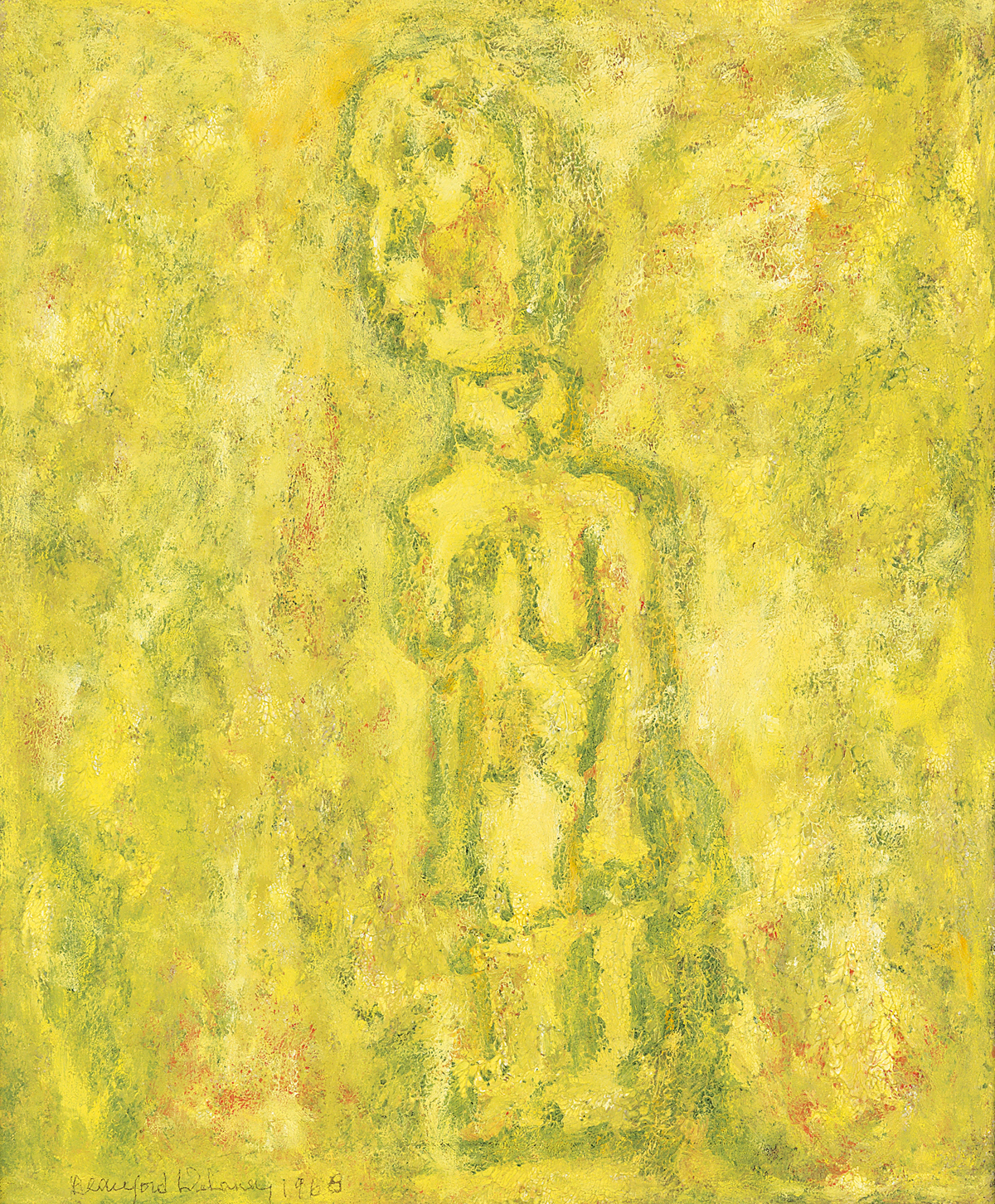