Exhibited: Beauford Delaney: From New York to Paris, Philadelphia Museum of Art, November 13, 2005 - January 29, 2006, with the label tag attached to the frame back.

Illustrated: David Leeming, Amazing Grace: A Life of Beauford Delaney, p. 86. The photograph caption reads "Beauford in his Greene Street Studio, 1944" and shows the artist seated under a group of paintings. This canvas is visible hanging in the center of the upper row.

This Beauford Delaney painting is a remarkable and important work - a large 1940 oil painting with a self-portrait of the artist. This interior scene is a revealing and intimate view has been captured in only a few photographs - its location is not known.

By 1938, Beauford Delaney enjoyed a certain amount of celebrity after being featured as an artist in a Life magazine article on African-Americans - including a large photograph of him seated in front of his paintings at the Washington Square outdoor show. Painted in a similar palette to the outdoors 1940, The Picnic, collection of the Studio Museum in Harlem, this interior scene show the artist and a young woman seated on a couch. Affectionately leaning on Delaney, she is possibly "Jessie" the artist, model and friend of Delaney and James Baldwin, described by Leeming: "One of the paintings in the Vendome show was a somewhat daring portrait of a nude young white woman. Beauford rarely painted his nudes....In his days at the Art Students' League, Beauford had met and become close to a young painter who had earned extra money modeling for League classes....(her) name was Jessie. She was a dancer and a girlfriend of Emile Capouya, a classmate and close friend of the young James Baldwin." The nude of the model is hanging immediately to the left of this painting in the 1944 photograph. His 1941 exhibition at the midtown Vendome art gallery also included modern scenes of the Greenwich Village, like Greene Street, 1940. This canvas by Beauford Delaney is the earliest oil painting by the artist to come to auction. Canterbury pp. 21-22, 125; Leeming pp. 62-65, 68.
Set Alert for Similar Items 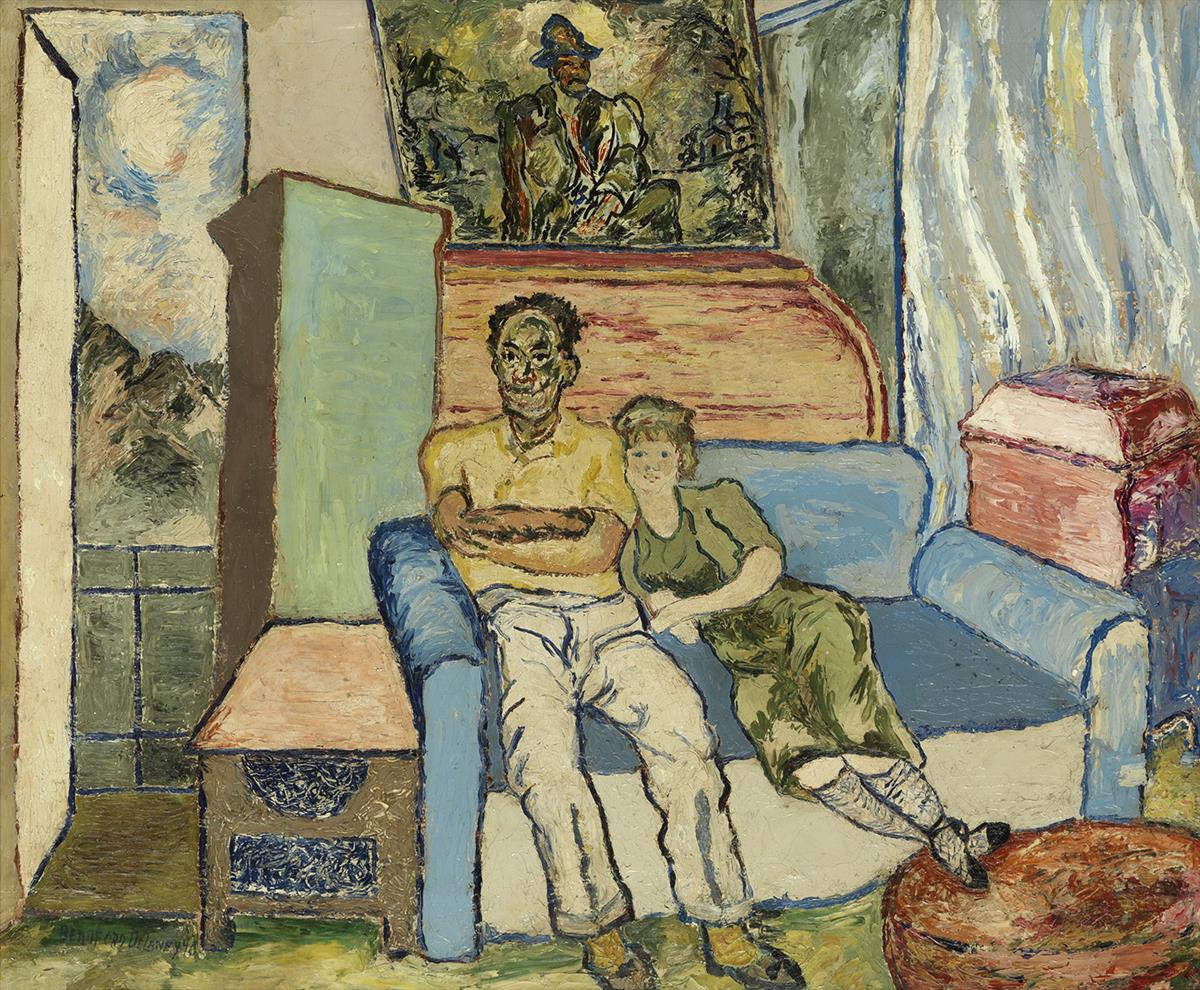