Beauford Delaney's depiction of a Greenwich Village street corner is a wonderful and significant example of his New York period of painting. Such late 1940s and early 1950s works display both his modernist influences and his developing personal voice in New York. Beauford Delaney had solo exhibitions at The Artist's Gallery in 1948 and at the Roko Gallery in 1952, where other paintings from 1948 where exhibited, including Washington Square (Canterbury 12).

Beauford Delaney painted views of Greene Street as early as 1940, and often returned to this composition with stylized representations of a manhole cover, fire hydrant and street lights. According to Ann E. Gibson, Delaney painted with impastoed brushstrokes "to unify his buildings, people, trees, and sidewalks, identifying them with the material substances that compose the natural world." Delaney painted in his small studio apartment on the top floor of 181 Greene Street. Despite his struggles to stay warm and fed, the Village was the center of the New York avant-garde, and Delaney was relatively free to pursue his bold artistic vision. The brash yellow of the sky that unifies this scene became known as Delaney's signifying color. His bright and colorful scenes of Greene Street and Washington Square rise above the gritty squalor and struggle, and reveal a modern and idealistic outlook.

Large canvases from this period are extremely scarce - this is only the second to come to auction in the past thirty years. Canterbury pp. 15, 22 and 125.
Set Alert for Similar Items 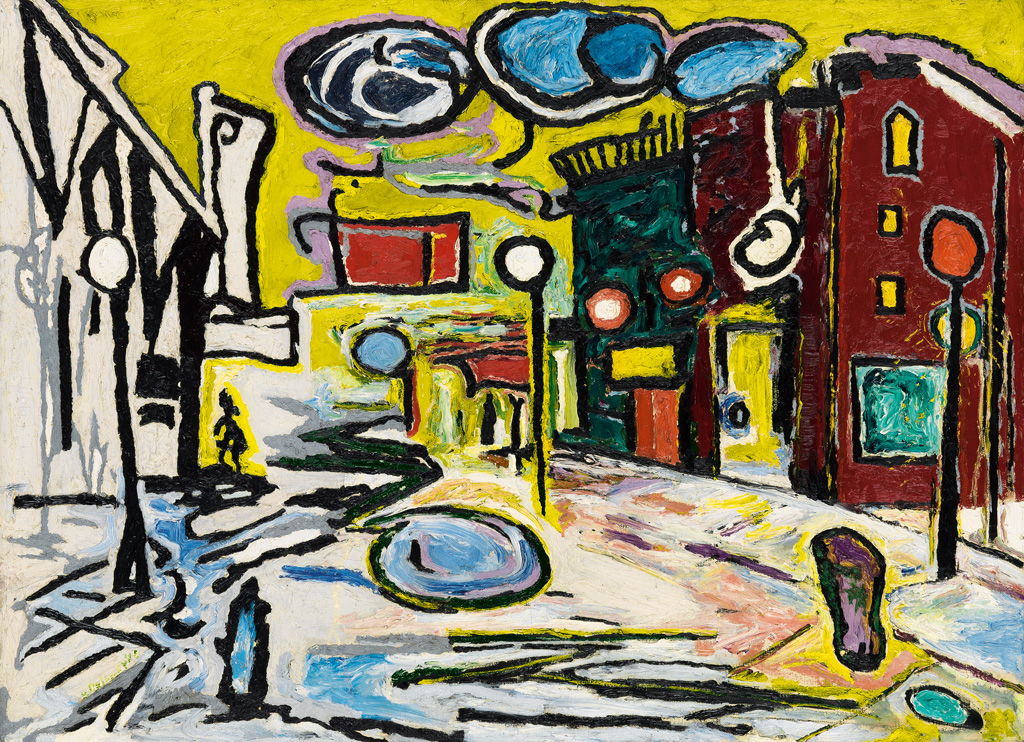