Karfiol (1886-1952) spent his childhood in Brooklyn and studied at the Pratt Institute and the National Academy of Design in New York. At the precocious age of 15, he continued his training at the Académie Julian in Paris. During his studies, Karfiol came into contact with the Parisian avant-garde movements such as Post-Impressionism and Fauvism. He attended Gertrude Stein's (1874-1946) gatherings, where he met Pablo Picasso (1881-1973), Henri Rousseau (1844-1910) and Henri Matisse (1869-1954). This exposure to European modernism guided Karfiol's style of alternating intense spontaneity and expressive tenderness. He exhibited at the Parisian salons in 1904 and 1905 before returning to New York. Karfiol supplemented his artistic career as an art instructor. He exhibited nine works at the landmark Armory Show in 1913, known as a watershed exhibition for American Modernism.

Karfiol seemed to treat his nude subjects as Paul Cézanne (1839-1906) or Paul Gauguin (1848-1903) would; as exotic odalisques and virginal Aphrodites. Slusser notes, 'They carry with them the suggestion of grander horizons and more southern airs.' Like both artists, Karfiol used swathes of color to flatten his perspective, fusing the foreground and background. Though Karfiol lived and worked in New York and Ridgefield, New Jersey, Landscape with Marie and Cows is likely from Karfiol's summers in Ongunquit, Maine. Karfiol had summered in Maine annually as early as 1914 at the bequest of patron Hamilton Easter Field, yet he painted these scenes with emotional vigor and a rich lushness of fresh color throughout his career.
Set Alert for Similar Items 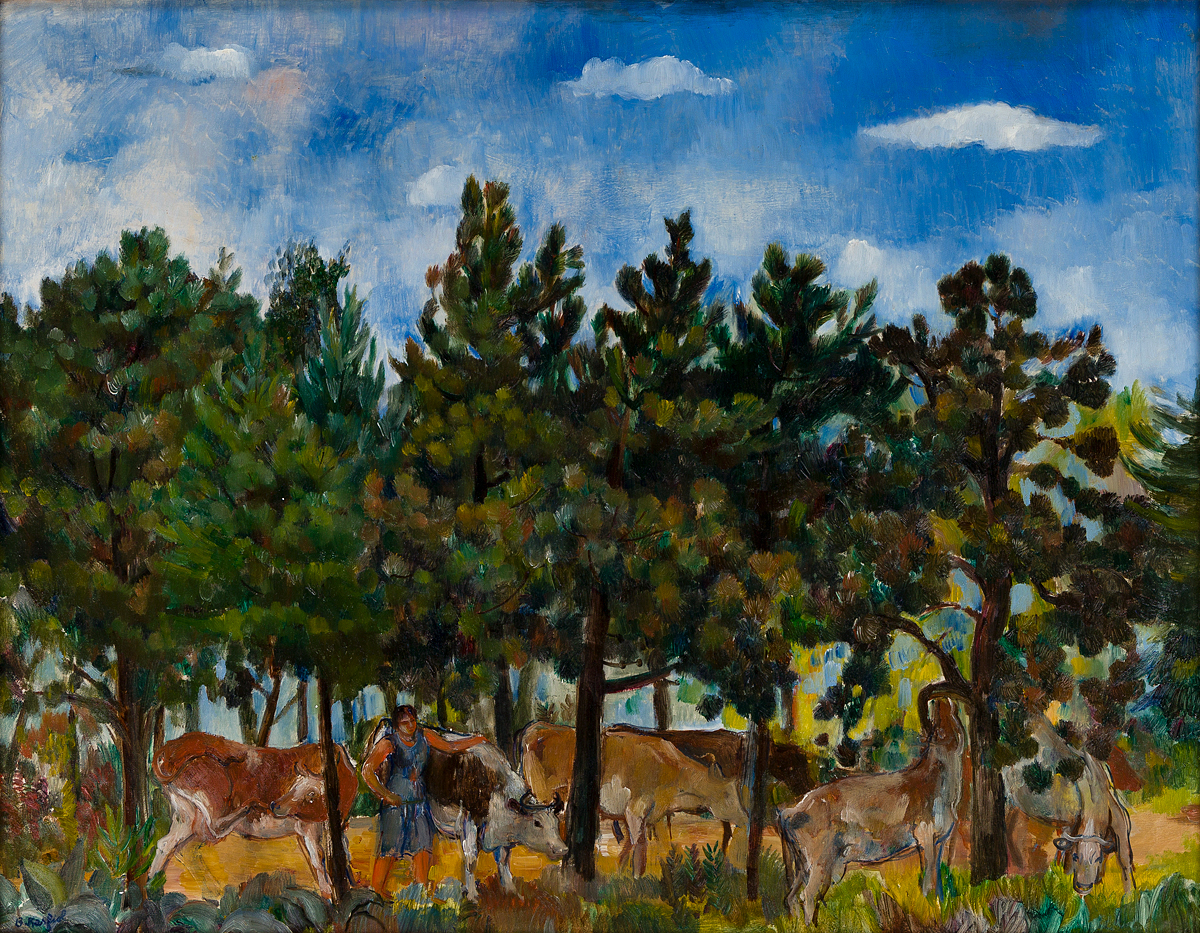