Lazzell carved this block on both sides to make color woodcuts, though she printed from it infrequently before retiring it to its current state as a painted wood block. Impressions printed from either side of this wood block are exceedingly scarce. According to Lazzell's record book, only 2 impressions of Cape Cod Cottage and 3 impressions of Coffee Pot were printed by the artist. We have not found any impressions from this block at auction in the past 30 years.

Lazzell was an American painter, printmaker and designer. Known especially for her colorful woodcuts, she was an early modernist artist, at the vanguard of the avant-garde in American art, bringing elements of Cubism and abstraction into her craft. Lazzell made color woodcuts under the auspices of the WPA during the 1930s, among them one of her most celebrated works, The Blue Jug , 1937, the design of which is similar to The Coffee Pot on one side of the current work. Lazzell was also a participant in a landmark exhibition of WPA works in 1936, "New Horizons in American Art," curated by Holger Cahill, who was the national director of the WPA.
Set Alert for Similar Items 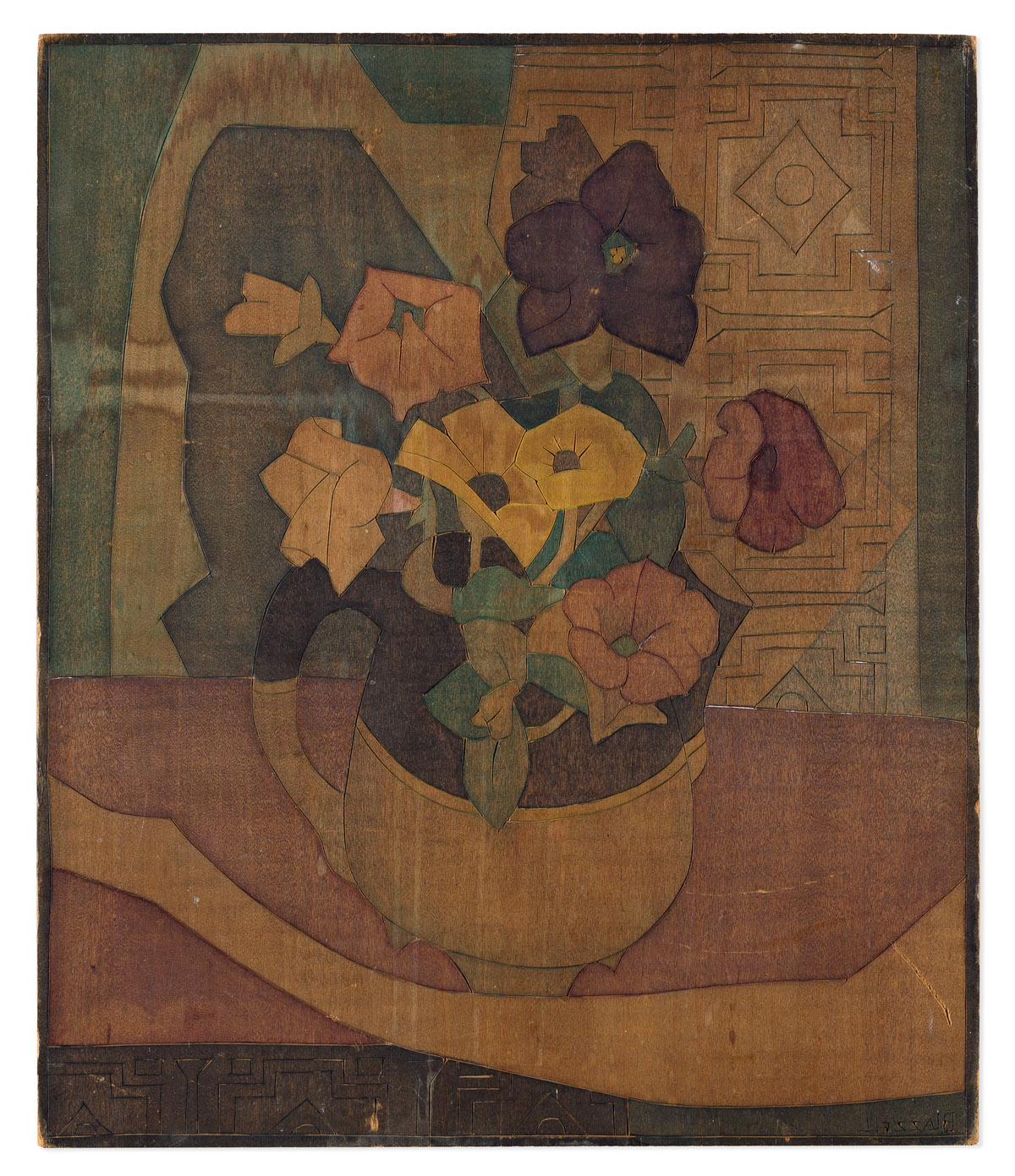