Color woodcut on cream laid Japan paper, 1920. 305x356 mm; 12x14 inches, full margins. Edition of approximately only 11. Bears the artist's name, title and date in pencil (recently added to the sheet and not by the artist's hand), lower margin, and numbered "No. 80/P 5" in pencil, verso (thus likely the 5th impression from the block). A superb impression of this extremely scarce print with vibrant colors.

According to Lazzell's record book, this color woodcut was created in Provincetown in 1920 and she recorded only 11 proofs from the block.

Lazzell (1878-1956) was an American Modernist printmaker and a member of the pioneering wood block print society (the first of its kind in America) known as the Provincetown Printers. This small group of printmakers came together in 1915 in the artistic community of Provincetown, on Cape Cod, Massachusetts, which had quickly become a destination for both avante-garde American artists and artists living in Europe who were fleeing the turmoil of World War I. The group remains most noteworthy for having innovated the white-line woodcut print, or the Provincetown Print.

Inspired by 19th century Japanese Ukiyo-e woodcuts, these artists carved their designs onto a single block, rather than multiple blocks in the western printmaking tradition, and inked each section with a different color. The small grooves between each segment create the distinctive white lines of these woodcuts. Bror J. O. Nordfeldt (see lot 174), also a member of the Provincetown Printers, developed the technique, but Lazzell is considered the master of the white-line woodcut.

Renowned for her devotion to the technique and for the sophistication of her work, as well as the influence of abstraction and Cubism in her work, she gained popularity not only in America but also in Europe, where she first exhibited in 1923 at the Salon d'Automne in Paris. Acton 18; Clarkson 32.
Set Alert for Similar Items 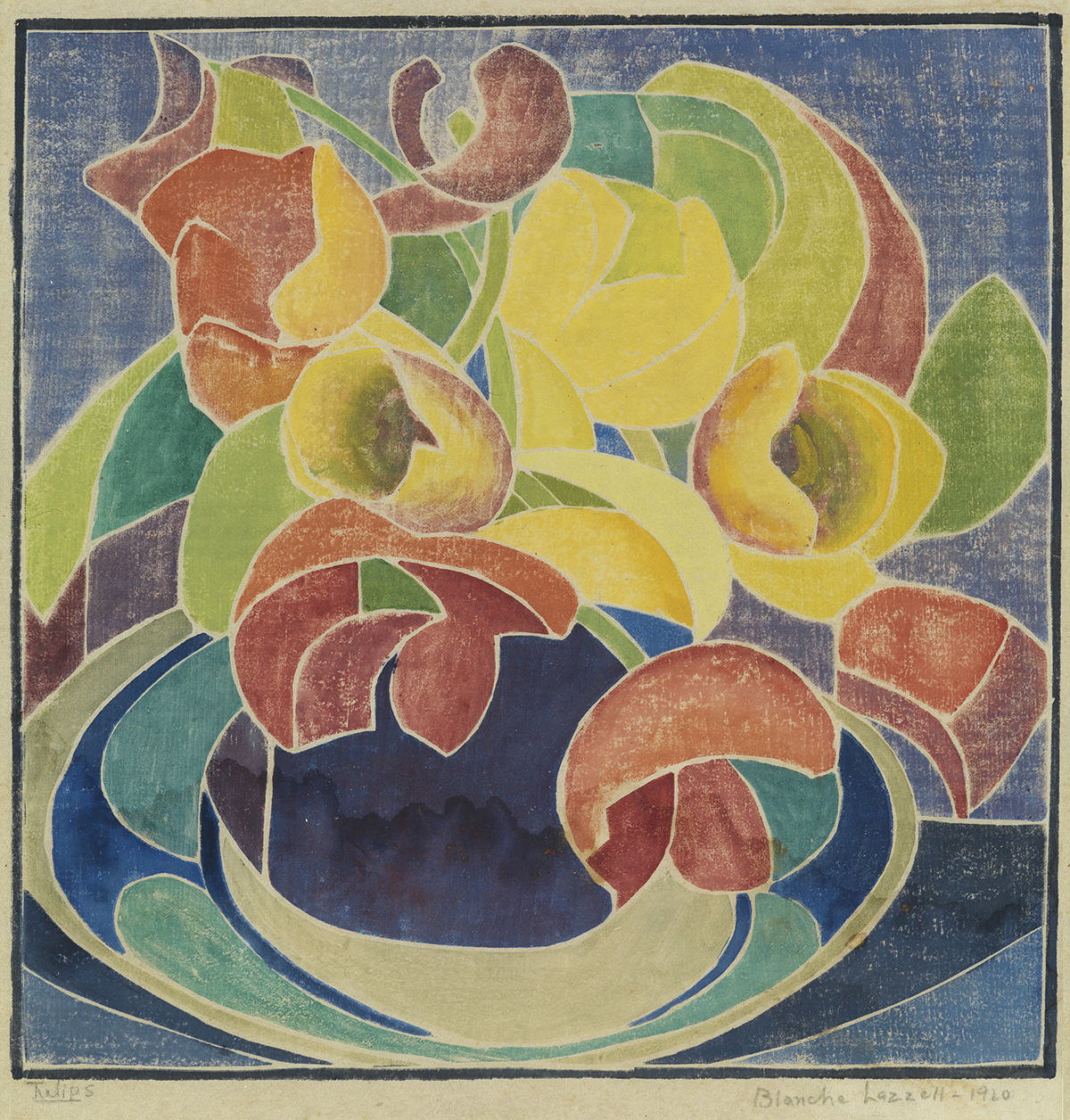