Exhibited "New York Society of Women Artists," National Academy of Design, New York, May 12-26, 1946, with the label in pen and ink.

Born in West Virginia, Lazzell (1878-1956) moved to New York in 1907 and enrolled at the Art Students League, New York. After studying and traveling throughout Europe, Lazzell settled in New England. In 1915 she attended the Cape Cod School of Art in Provincetown, Massachusetts and joined the burgeoning art colony there. Lazzell's color woodcuts, which she exhibited with the group known as the Provincetown Printers Group, were of bright New England townscapes and still lifes. She continued in this tradition of using multiple layers of solid colored forms in her original works (see lot 100) and in her color woodcut prints, known as "white-line" color woodcuts, in which the solid colors were separated by spaces, or white lines, in the paper.

Lazzell studied abstraction in Europe in the 1920s and 1930s but would return to Provincetown annually throughout her life. A true innovator, she experimented with and adopted tenets of the Cubist style, which lent itself well to her geometric style woodcut prints. Though much of her work is representational, she is credited in creating some of the earliest American abstract woodcuts in 1925.
Set Alert for Similar Items 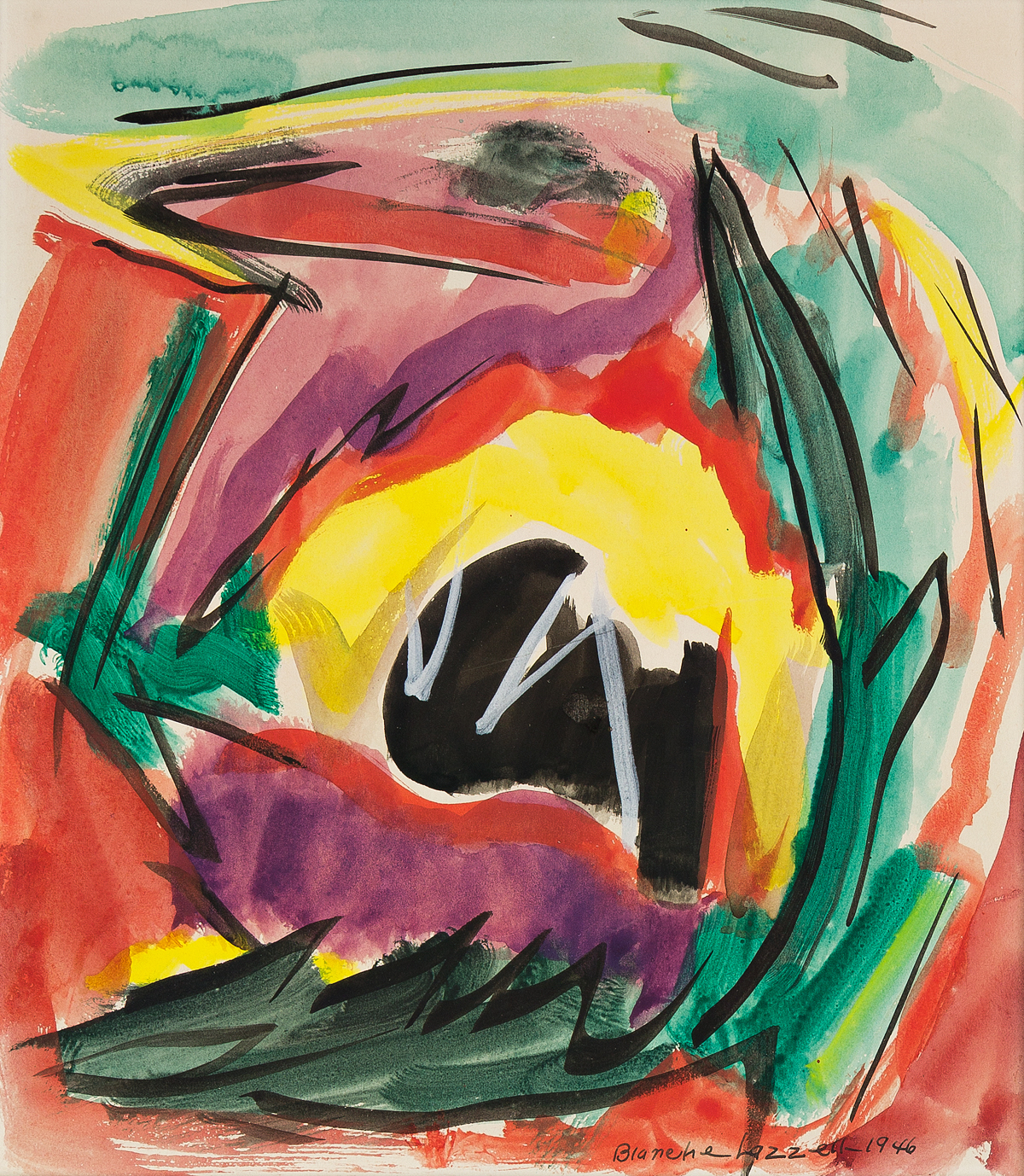