Third edition, octavo & 12mo, originally published under the title, The Tenth Muse Lately Sprung up in America, authorship on the title attributed to "a Gentlewoman in New-England," ex libris Reverend Samuel Buell (1716-1798) with his signature on the title page dated 1773, and his daughter Mary Polly Buell's (1768-1849) calligraphic signature on ffep; lacking both boards, with a strip of tanned leather adhering to the spine, ffep chipped, margins closely trimmed, 6 x 4 in.

[Together with] A Faithful Narrative of the Remarkable Revival of Religion in the Congregation of Easthampton on Long-Island, [which contains a biography of Reverend Buell], Sag Harbor: Alden Spooner, 1808, provided with the lot for context, owned by the same family. (2)

Bradstreet was the first published English North American colonial author. Born in England, she emigrated to Massachusetts Bay in 1630. Her male contemporaries publicly complained that women were not capable of writing well. Governor Winthrop graciously suggested that she focus on housekeeping. Even so, she wrote, thought, published, gave birth to eight children, and would not accept attempts to constrain her expression.

"Now say, have women worth? Or have they none? Or had they some, but with our queen is't gone? Nay Masculines, you have thus taxt us long, But she, though dead, will vindicate our wrong, Let such as say our Sex is void of Reason, Know tis a Slander now, but once was Treason." 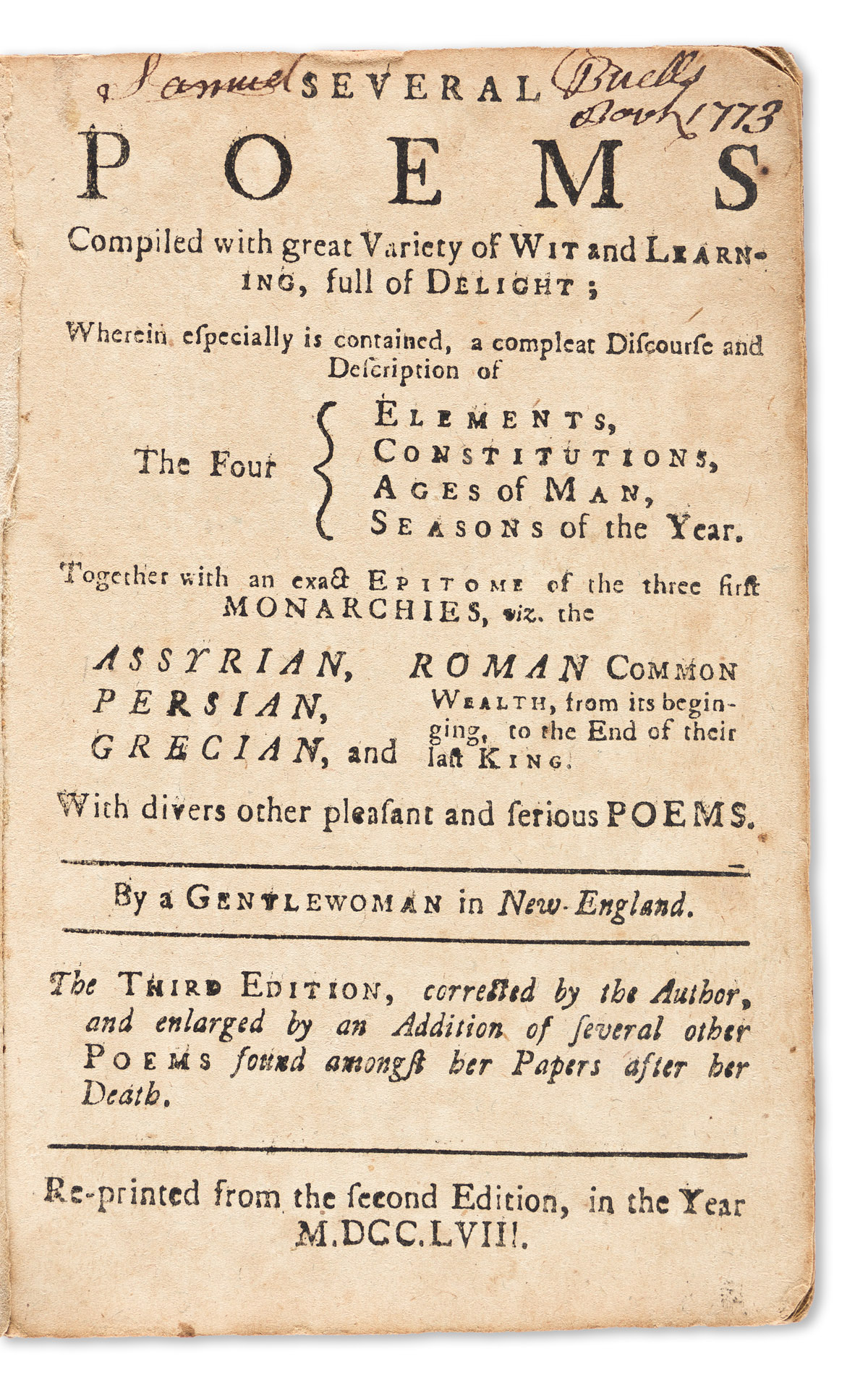