Brant's popular satirical allegory contains 112 short pieces meant to mock the church, the ruling classes, scholars, everyone had the potential to a act the fool. For Brant, no one was safe. As a book, the fully-illustrated approach brings it near to the status of a graphic novel. Representations of so many dozens of scenes of the everyday life of ordinary people in Europe circa 1497 sets it apart from many other illustrated books of the incunabula period, as woodcuts in this period most often depict Biblical subjects, royalty, historical figures, and characters found in the ancient classics. The Ship of Fools is a solid landmark in vernacular literature, and provided a necessary stop on the way to the development of the novel and other forms of early modern secular literature. 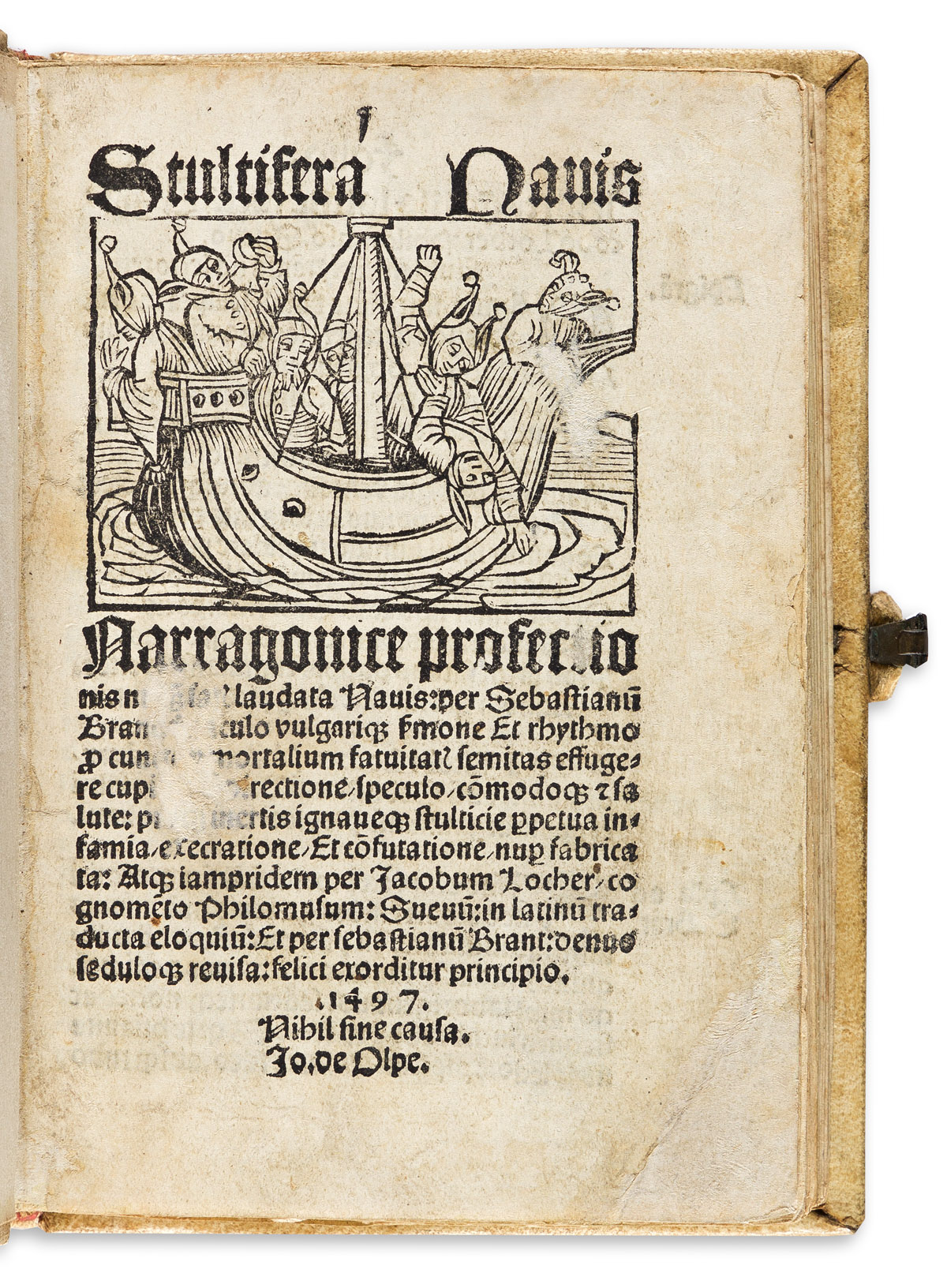