Etching and drypoint printed in black on antique cream laid paper, 1880. 320x233 mm; 12 3/4x9 1/4 inches, full margins. Third state (of 11). One of only 4 or 5 impressions in this state, there were approximately only 30 lifetime impressions in all eleven states combined. Signed, titled and inscribed "5e état--no. 2" and "belle epreuve" in pencil, lower margin. Ex-collection Henri M. Petiet, with his ink stamp verso (see Lugt 2021a). A brilliant, richly-inked impression of this exceedingly scarce etching.

We have found only 3 other lifetime impressions at auction in the past 30 years.

According to Shapiro, "Femme vidant une brouette is, perhaps, the most technically complex of all Pissarro's prints. It progresses through eleven states in which major alterations take place on the plate, including numerous acid bitings, reworking with the needle, and extensive scraping." The third state of this subject is the culmination of the etched and drypointed work; Pissarro completely reworked the plate in the fourth state, enlarging the tree and hay pile and covering the plate with a gray veil overall, achieved by scraping the plate with a fine emery point (a technique he had developed with Degas in the late 1870s and which they referred to as manière grise). In the eighth and tenth states, Pissarro made significant changes to the plate through different aquatint applications.

"Femme vidant une brouette is a small masterpiece in which Pissarro has conveyed the various aspects of nature through his deftness and technical ability," explains Shapiro. "It is interesting to note that Degas owned eight impressions in varying states of this print, indicating his involvement with its production. His atelier stamp appears on the fourth and tenth states, now in the Art Institute of Chicago, and on the eighth state, now in the Museum of Art, Rhode Island School of Design." Delteil 31.
Set Alert for Similar Items 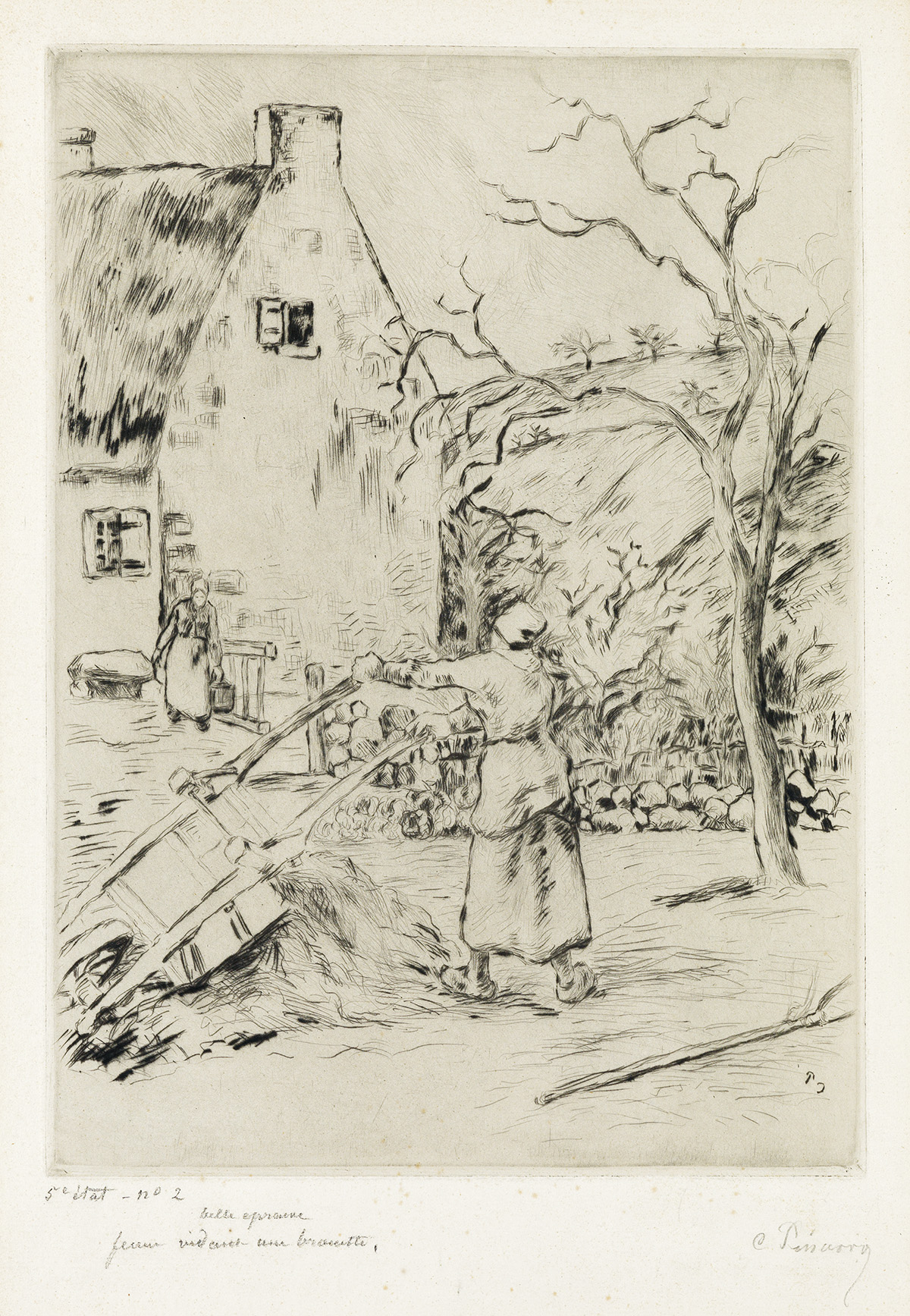