We have found only 6 other lifetime impressions at auction in the past 30 years.

By 1884, Pissarro (1830-1903) had moved from Pontoise, near Paris, to the small village of Éragny near Gisors, which was midway between Paris and Rouen, perhaps prompted by a need to source new subject matter for his paintings and prints. According to Shapiro, Pissarro wrote to his son Lucien, also an artist, after moving to Eragny, noting "I think you will find attractive things to paint in Gisors, subjects, moreover, which should interest the English: churches, markets, farms, stations, coachmen, shopkeepers, and the landscape itself."

A year later he met the artists Georges Seurat and Paul Signac (see lots 77 and 78) and soon adopted the Pointilist style during the late 1880s. In 1886 at the Impressionist Exhibition, Pissarro exhibited a group of Pointilist paintings, along with Seurat, Signac and his son Lucien Pissarro, albeit in a separate room from the other Impressionist works.

This was a significant and courageous shift in styles for the artist, then in his mid-50s, who had seen only limited commercial success with his Impressionist works. Nevertheless, Pissarro eventually abandoned Pointilism and Neo-Impressionism, claiming its system was too artificial and technical, and reverted to his earlier style. This shift back to his Impressionist roots, as well as the influence of the Barbizon masters, is evident in this simple etched scene of peasants at rest on a Sunday afternoon in a warm, sunlit setting.

Pissarro may have had an earlier painting in mind, Les jeunes filles de paysans, that he had made in Pontoise in 1882, when he created this etching. Delteil 99.
Set Alert for Similar Items 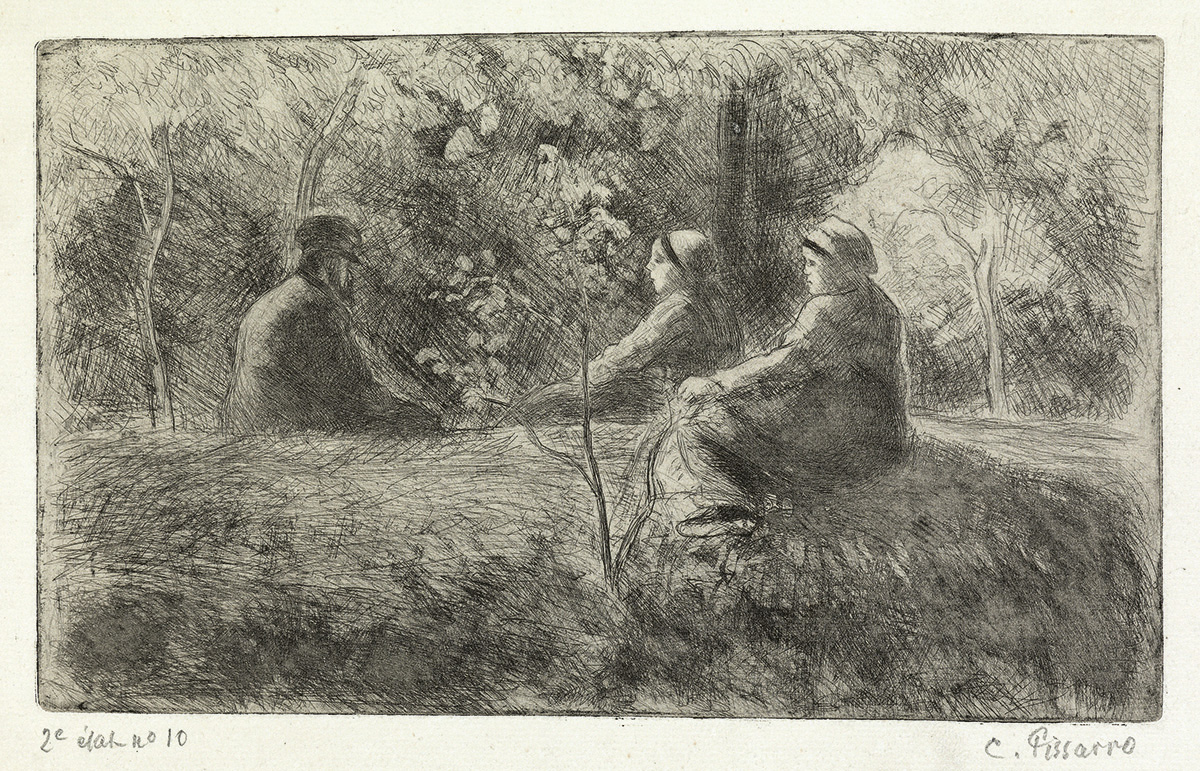