Etching and drypoint printed in black on antique, cream laid paper, 1896. 189x133 mm; 7 1/2x5 1/4 inches, full margins. Seventh state (of 7), with the addition of the drypoint lines in the sky. One of only 5 lifetime impressions in this state, from a total of approximately only 11 lifetime impressions in all seven states combined. Signed, titled and inscribed "Ep. d'art no. 2" in pencil, lower margin. A superb, richly-inked, proof-like impression of this very scarce etching, with crisp, inky plate edges and ink smudges in the lower margin.

We have found only 2 other lifetime impressions at auction in the past 30 years. Pissarro's son Ludovic recalled his father's interest in Rouen, "In 1883 Pissarro was painting at Rouen, and returned with a number of sketches and full of recollections, which he used in the following years when composing the fine Rouen series. Pissarro frequently repeated in his prints the motives of his paintings. Thus after the visit to Rouen we see townscapes appearing in his etchings, with roofs and factory chimneys, docks and harbors, cranes, cargoes and smoke. The Rouen series is one of the most engaging he ever did, depicting the narrow, crowded streets of the old city crowned with its beautiful cathedral, its many churches, its river, bridges and boats, and the life and traffic of its quays." Delteil 120.
Set Alert for Similar Items 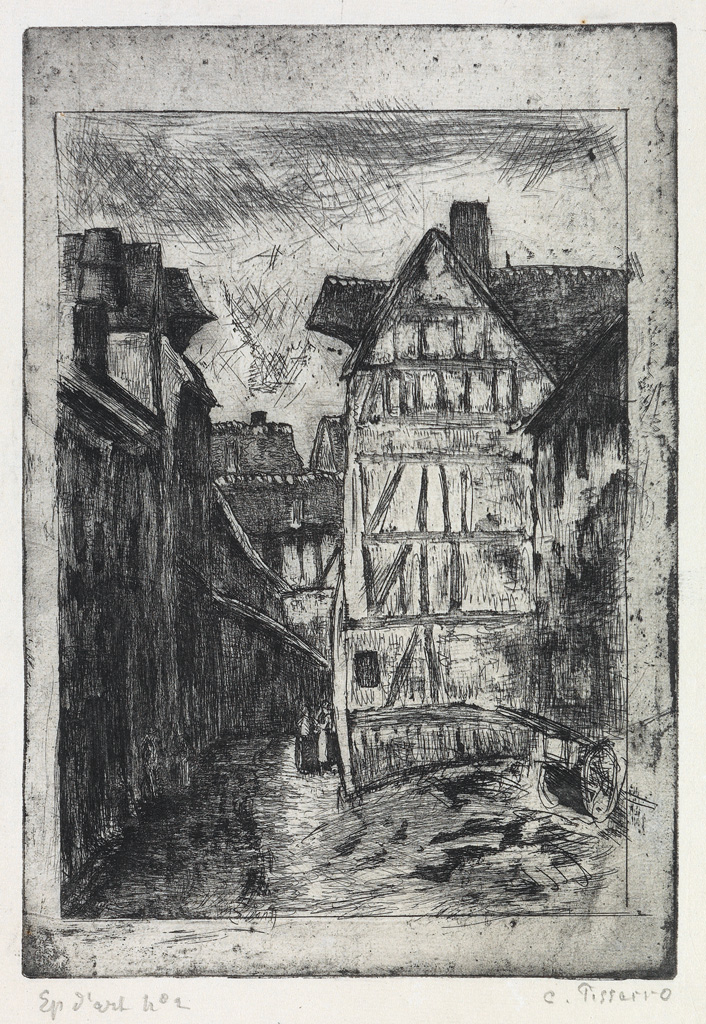