With a certificate of authenticity, signed by the artist in Brussels, 1985.

Andre (born 1935) is one of the foremost Minimalist sculptors. After studying art at Phillips Academy in Andover, and serving in the U.S. Army, Andre arrived in New York in 1956, where he reconnected with his former classmate Frank Stella. Together with their contemporaries, Donald Judd, Sol LeWitt and Ellsworth Kelly, the artists departed from Abstract Expressionism, the dominated movement of the late 1950s, to pioneer a more objective, geometric aesthetic.

Andre's sculptures, consisting of separate pieces of unaltered material, are easily dismantled and rearranged, realizing their intentioned form only as an installation. His work has drawn attention for its aggressively industrial quality, most notably in 1976 when the Tate Gallery, London, exhibited Equivalent VIII, an arrangement of 120 fire bricks, and the public criticized its acquisition as a waste of taxpayer money. Despite controversy, Andre's works are a mainstay of Post-War Modern art; the current work serves as a prime example of Andre's characteristic, minimal methods.
Set Alert for Similar Items 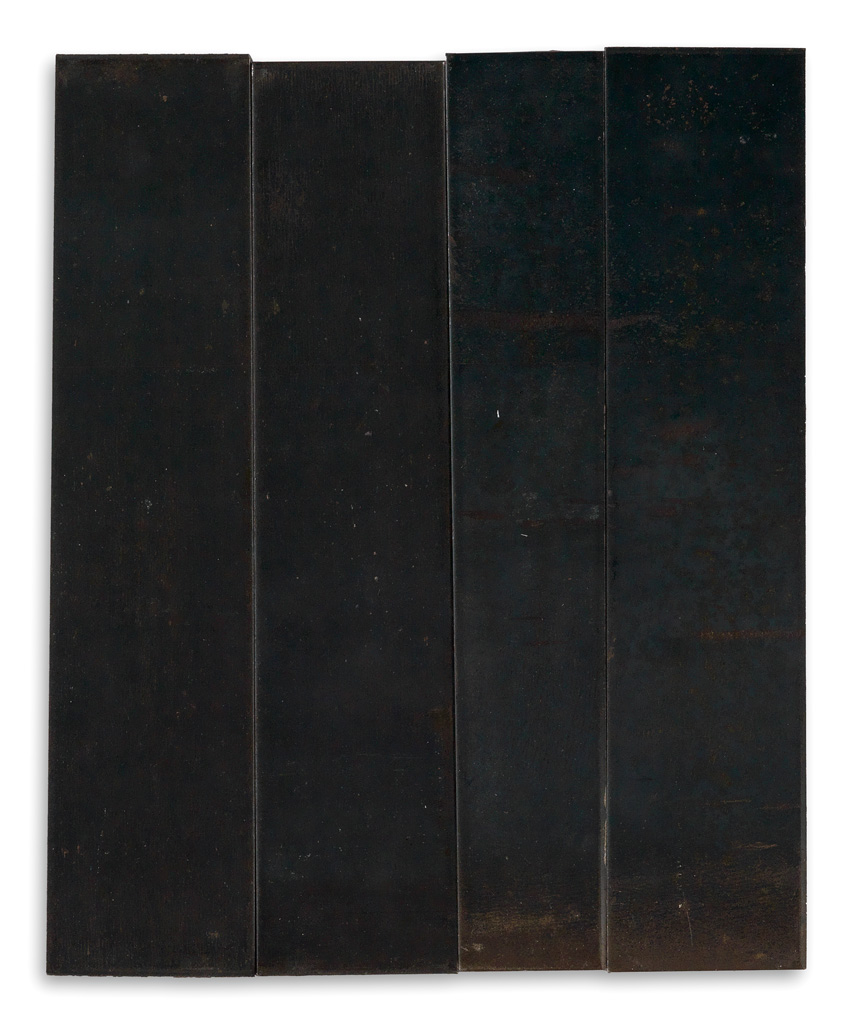