From the Mendocino Lumber Company; to Judge William Vaughn, Mendocino; then gifted to Emery Escola, Mendocino; by descent to the Present Owners.

In 1863, Carleton Watkins traveled to Mendocino, California. Though there is little documentation surrounding this trip, it is likely that Jerome B. Ford, superintendent of the Big River Mill, may have been the impetus for Watkins' trip to the area. With the growing lumber industry, Ford may have wanted to photograph his burgeoning lumber business. His home is also depicted in Watkins' works from this period. Watkins' approach of traveling to photograph client commissions and taking additional images of the area for commercial sale, may have originated from this trip.

Mendocino's first sawmill, the Gang Mill, was financed by Henry Mieggs at the mouth of the Big River in 1852. The mill was supervised by Jerome Ford and E.C. Williams, and they opened a second mill, Big River Mill, in 1854. The Gang Mill, which is depicted in this group, closed four years after the construction of the Big River Mill. The company was founded by Mieggs as the California Lumber Manufacturing Company (1852-1855) and after undergoing financial difficulties in 1855, it was run by Ford and Williams but renamed the Mendocino Lumber Company (1855-1872). Though undergoing changes in ownership and company names, the sawmills continued operation until 1938. 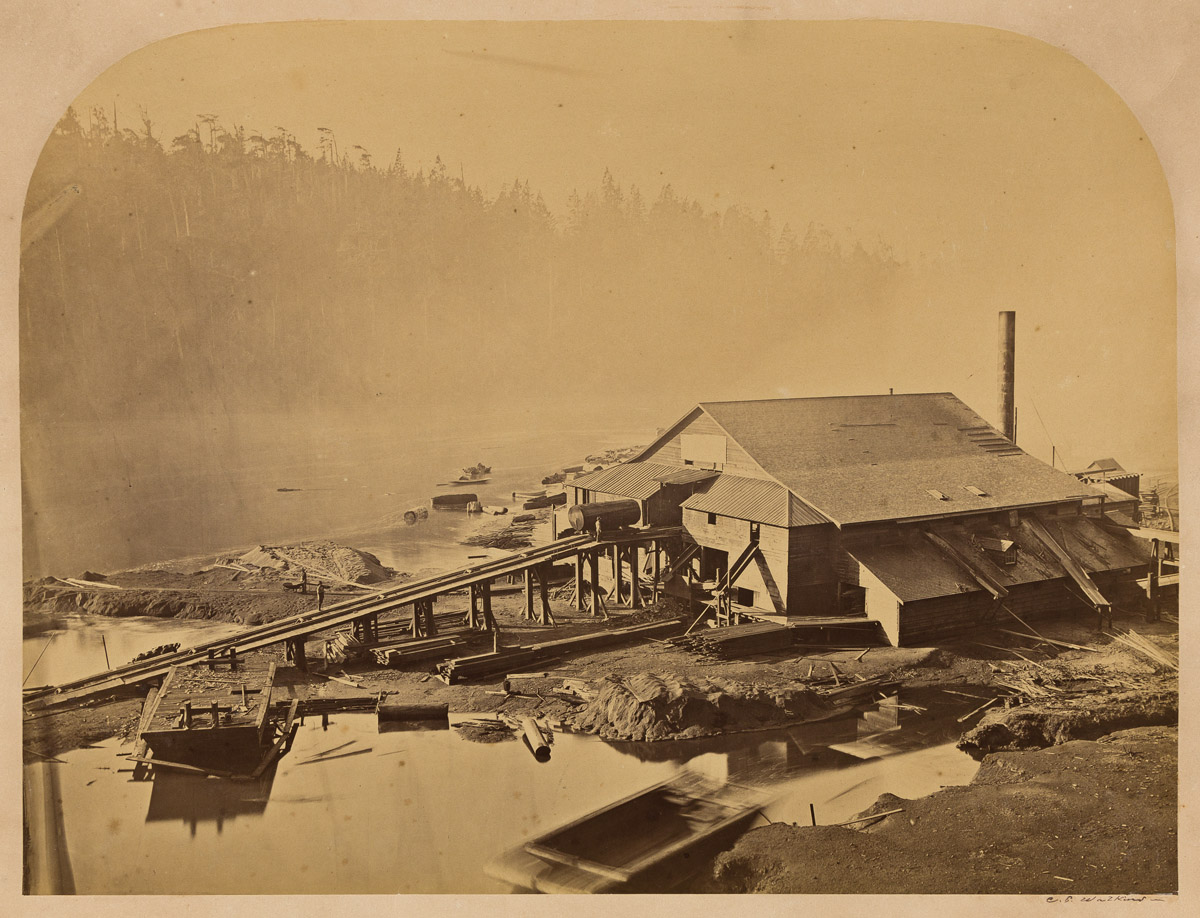