Born in 1937 in Memphis, TN, Casper Banjo is known as an Oakland artist. After earning an Associate of Arts from Laney College in Oakland, Banjo went on to earn a BFA in 1937 and a MFA in 1975 from the San Francisco Art Institute. He worked out of his Oakland apartment, printing entirely by hand, without a press. Rooted in his community, Banjo taught homeless artists printmaking, contributed his artwork to the Street Sheet, and installed the annual art auctions for the San Francisco Coalition on Homelessness. He also assisted the Black Filmmakers Hall of Fame with creating prints, and contributed to the 2007 book Images of America: Black Artists in Oakland, in which he was featured. Unfortunately, Banjo was shot dead by the Oakland Police Department on March 14, 2008. The seventy-year-old was around the corner from his apartment in East Oakland and was just weeks short of moving to a board and care facility.

His artwork was featured in several publications including Black Artists on Art, Vol., 2, co-authored by Samella Lewis and Ruth Waddy, Los Angeles, CA and The International Review of African American Art, Vol. 17, Juliette Harris editor. He was also featured in significant group exhibitions such as Impressions/Expressions: Black American Graphics, the Studio Museum in Harlem, traveling from 1979 - 1981, and Aesthetics of Graffiti, San Francisco Museum of Modern Art, 1978. His work is in the permanent collection of the Brooklyn Museum, New York.
Set Alert for Similar Items 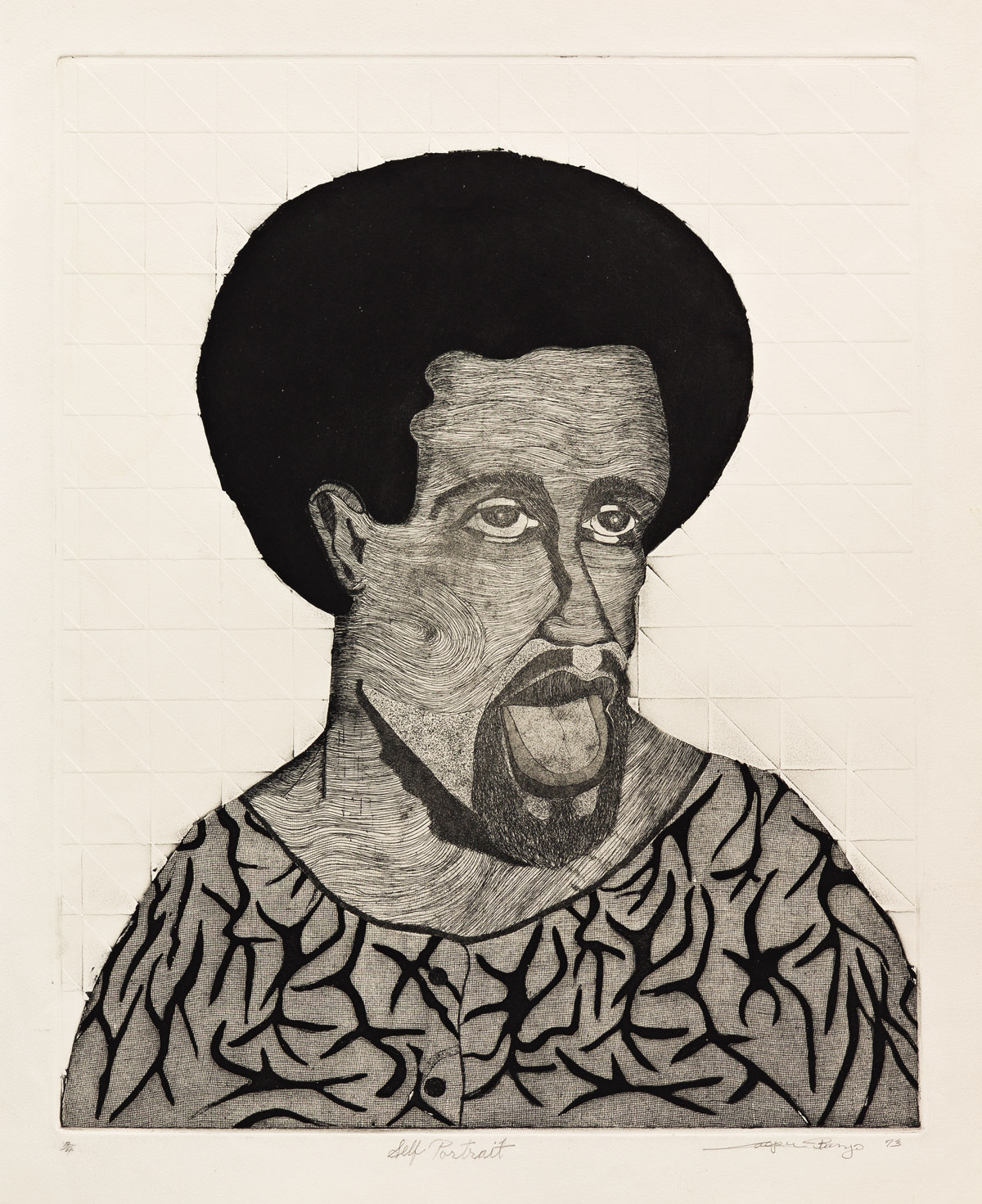