Provenance: the estate of the artist; thence by descent, private collection.

Exhibited: Charles Alston, Dunbarton Galleries, Boston, MA, March 24 - April 26, 1962; Charles Alston, The Gallery of Modern Art, New York, NY, December 3, 1968 - January 5, 1969. This retrospective, sponsored by Farleigh Dickinson University, included 53 paintings and 3 sculptures by Alston, including all eight of the Black and White paintings. They were exhibited alongside his other important series African Theme,Blues Singer and Family from the 1950s and 60s in the new New York museum designed by Edward Durell Stone at 2 Columbus Circle. In their chapter on Charles Alston, Romare Bearden and Harry Henderson wrote that Alston "considered the black and white abstractions in the retrospective of 1968 to be amongst his most important he had done."

Black and White #3 is a striking and beautiful abstraction by Alston, a significant work from his important series of eight abstract paintings between 1959 and 1961. By 1960, Alston achieved wide recognition for his post war painting, including the Emily Lowe Memorial award for An Ancient Place, and a solo exhibition at Feingarten Galleries, New York that year. Like his friend Norman Lewis, Alston found the limited palette of black and white provided both aesthetic and narrative themes that enabled his abstraction to reflect a social and political consciousness. Alston and Lewis both effectively gave the color black new meaning at the height of the Civil Rights era struggles. In Black and White #3, Alston masterfully creates a dynamic composition through a great variety of applications of black paint on the white ground - from impastoed strokes to thin wash. His experimental approach includes dispersal, blotting and monotype.

The Black and White series also laid the foundation for Alston's work in Spiral. As a founding member of the artist's group in the summer of 1963, Alston, alongside the other abstract painters Lewis, Merton Simpson and Hale Woodruff, advocated for an art that could address Black identity and the social and political issues confronting African Americans during the Civil Rights struggle. The Spiral group's first and only exhibition First Group Showing: Works in Black and White, May 14 - June 5, 1965, continued his monochromatic theme. Bearden/Henderson, Jr., p. 269; Wardlaw p. 91 and 93.
Request Condition Report Set Alert for Similar Items 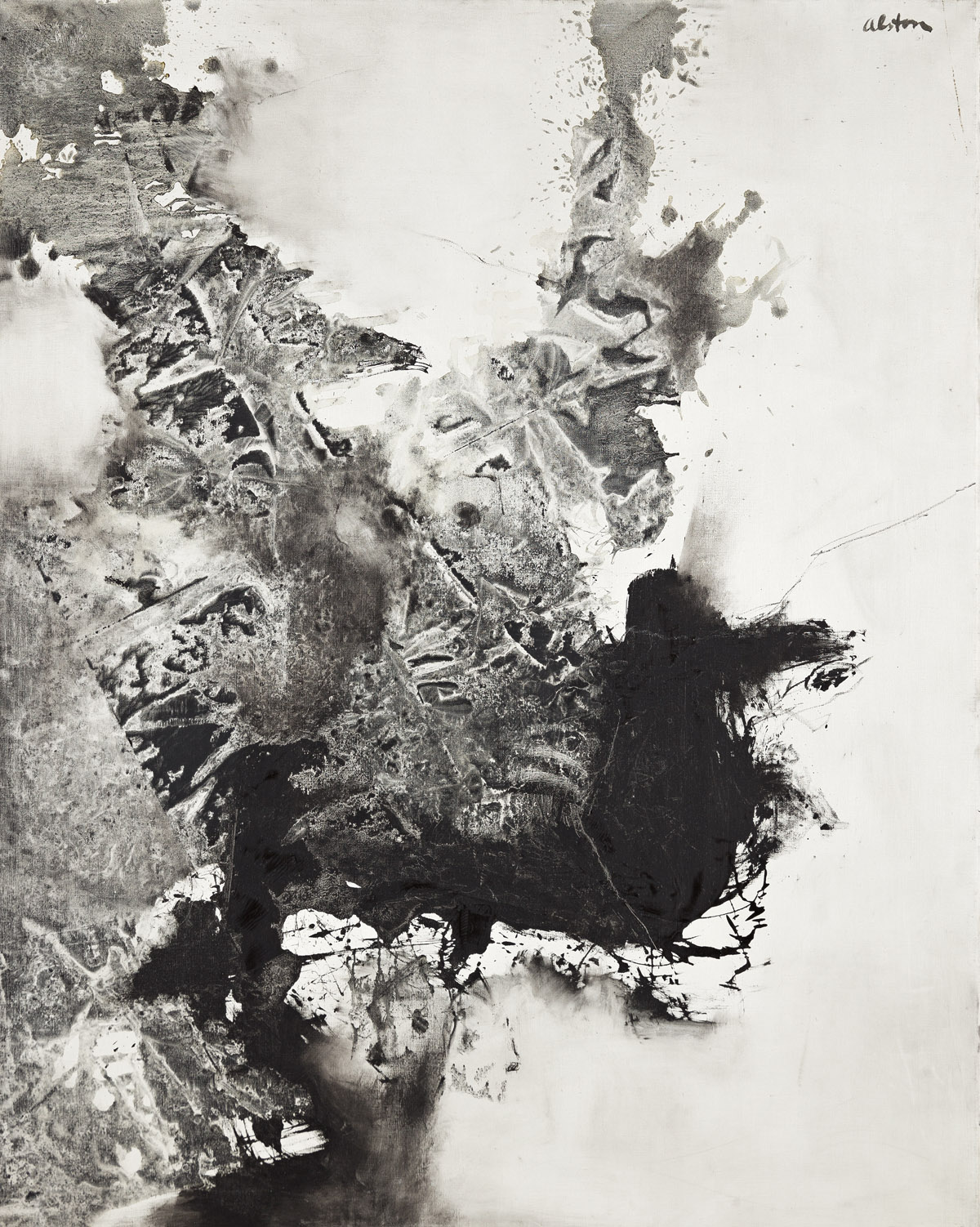