This striking urban abstraction by Charles Alston is an important painting, an outstanding and scarce example of a large modernist canvas. Alston's vision is rooted in his earlier urban nocturnes of the late 1940s, Harlem at Night, 1948 and Untitled (New York Cityscape), circa 1948. Both Alston and Norman Lewis shared a new vision of fragmented urban life against a dark, atmospheric ground. By 1950, Alston had transitioned completely into abstraction, and his Untitled, oil on canvas, 1950, entered in the national juried competition, America Painting Today, was acquired by the Metropolitan Museum of Art in 1951.

While it was dated 1948 in the Studio Museum exhibition, this large canvas, with its loaded and broad brushstrokes appears closer in date to 1960. His 1962 solo exhibition at Dunbarton Galleries in Boston featured Tenements, a very similar 40x50 inch oil painting, illustrated on the cover of the brochure. By 1960, Alston was painting and exhibiting compositions inspired by the urban environment seen from his Harlem at night for inspiration - including paintings like Across the River, 1959. His exhibition at Kenekeleba Gallery included other similar paintings like Nocturne (Across the Hudson River), 1964 and Tenements again, now titled Demolition and not dated. Jennings pp. 23 and 62.
Set Alert for Similar Items 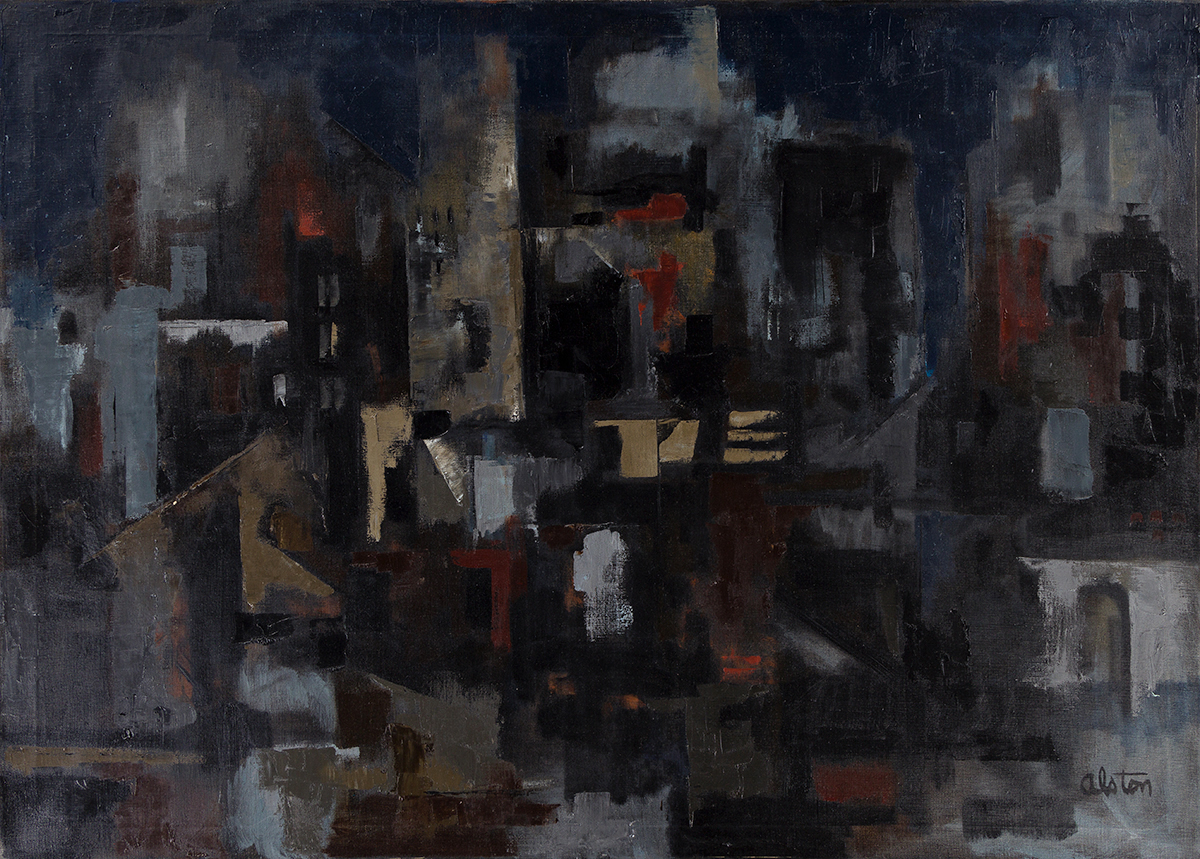